At the weekend was due to leave Capetown and head to a tented camp in the Timbavati Private Nature Reserve next to the Kruger National Park. Now I definitely was looking forward to this, but can’t say I was upset when I got a phone call to say there is a strike on, and it is unsafe to stay there without all the staff. So the travel agency at their own cost were transferring me to the Tintswalo Safari Lodge within the Manyeleti Private Game Reserve.

I’m doing some tented stuff later on again anyway, so will still experience that, but for now am going to be enjoying four nights at the Speke Suite, which normally costs US$1,340/night! That’s what I call a great travel agency! So this has been one strike action I’m all in favour of. 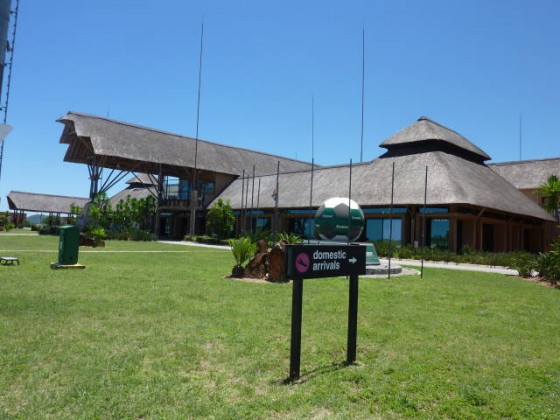 This is the local airport you land at. Then a pleasant three hour drive through countryside to thepark and the lodge. 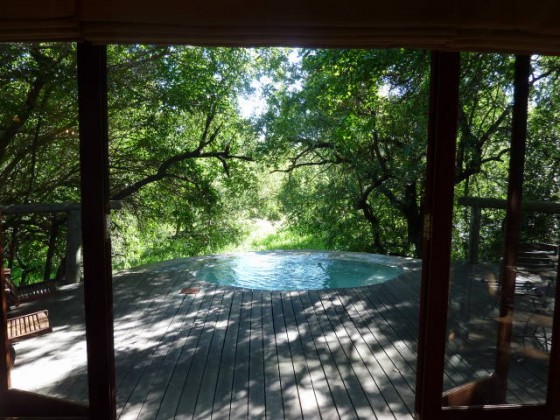 This is the balcony of the lodge I am in. You can relax in your private pool with animals literally walking past you. 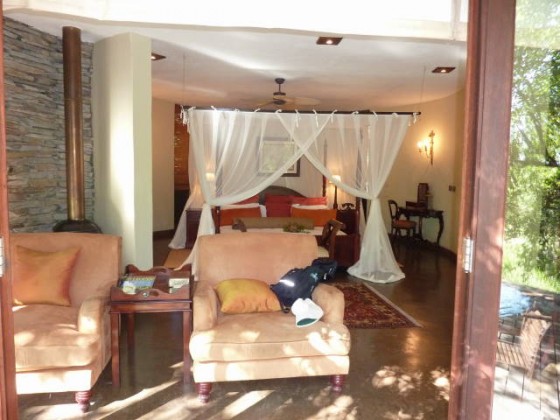 This is the main room, which is huge. Even the bathroom is probably bigger than some apartments in Auckland! 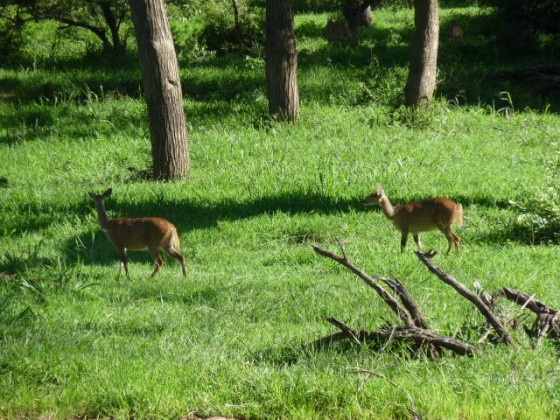 And this is the view from the main area, where we dine. The only fence they have is one to keep the elephants out, as they do too much damage if they stroll through. 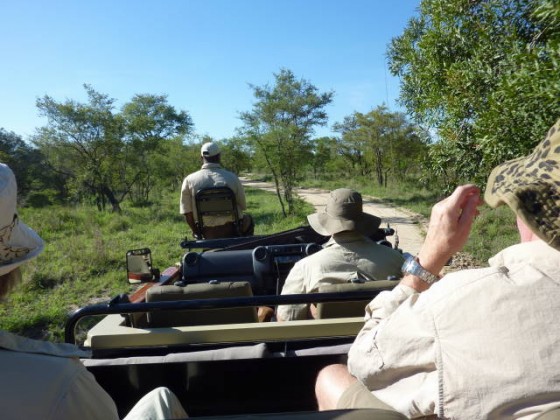 Within an hour of arriving we were off for the first of seven four hour trips. I asked if the seat out the front is for bait, but it turns out that is where the tracker sits 🙂 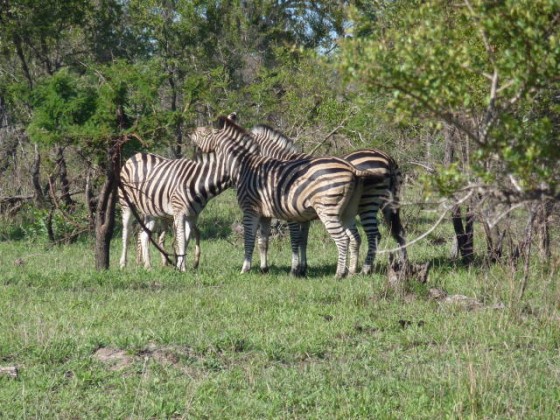 Came across these zebras early on. 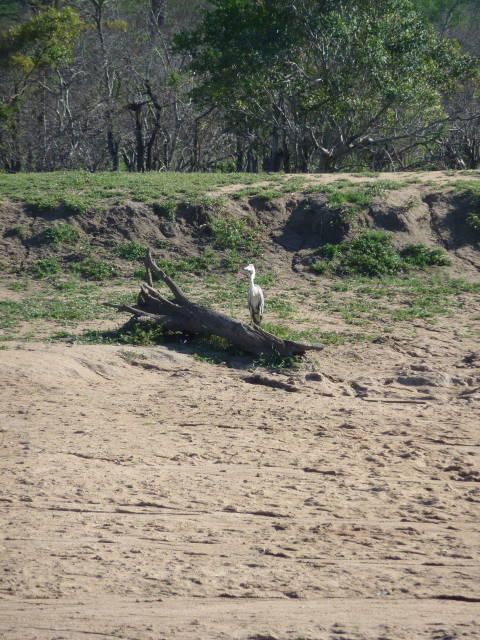 The bird life is almost as fascinating as the big game. Countless varieties. 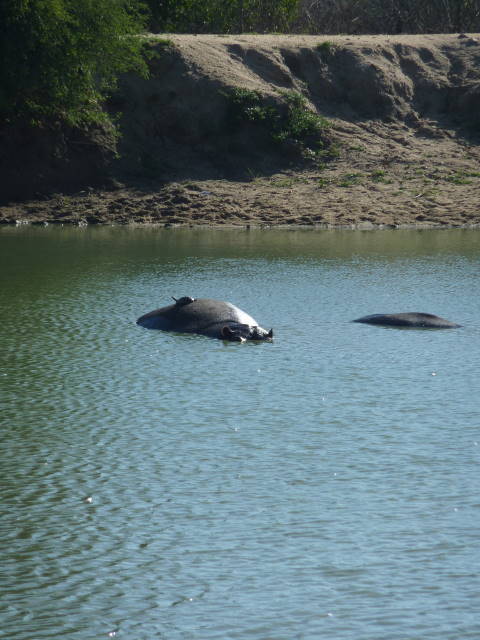 Yes they are hippos. I wasn’t in the mood to go swimming with them! 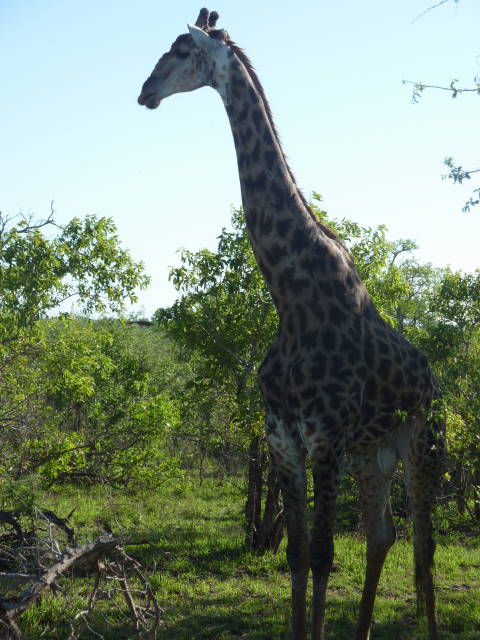 Until you see a giraffe just a few feet from you, you really do not realise how magnificent they are. 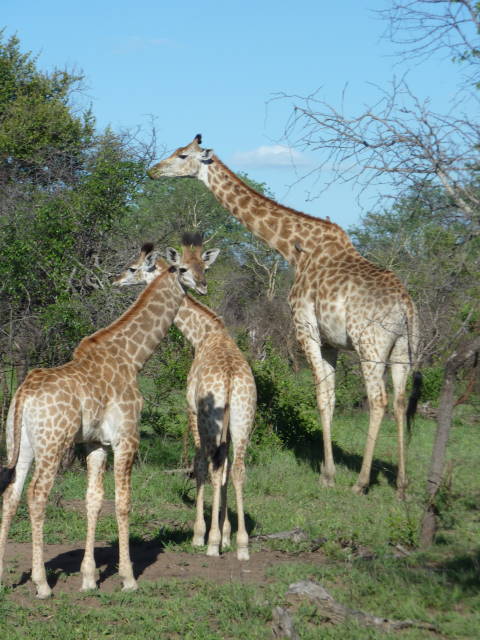 Then the kids came out to join in. 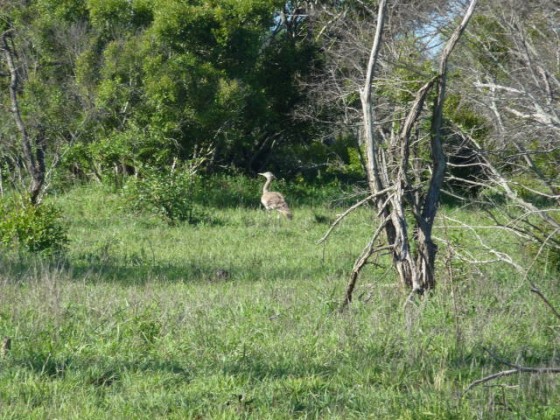 This bird (I have to check its name) is the largest in Africa and weights 12 kgs normally. Made me wonder what sort of meal it would make! 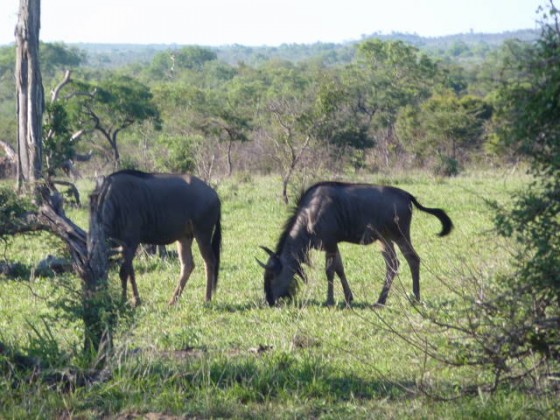 A couple of wildebeests or wildebai. 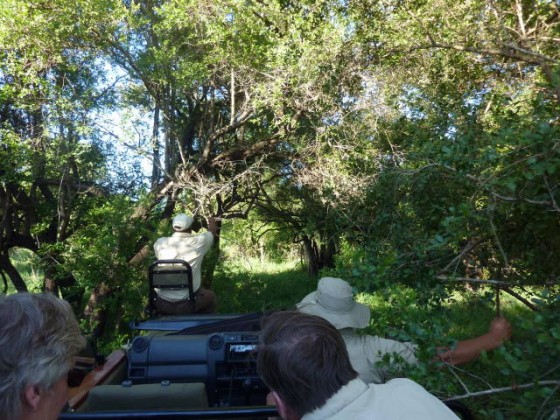 One might think that all you do is drive around the nice well formed paths and wait for beasts to walk by. Well certainly some do, but you also go right into the bush when tracking. We’re tracking a lion here, and you’re in very enclosed spaces – you certainly couldn’t drive away at speed. Much of the time the car is creating a new pathway, and you’re having to duck as branches bounce around at you. 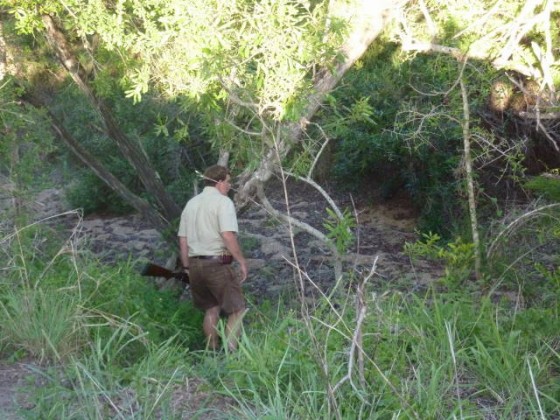 We weren’t sure if the lion was still there, so our driver/guide Fritz went to check it out on foot. Barely 30 seconds after he left we heard a loud roar and Fritz very quickly reappeared retreating to tell us he had basically all but walked into a lioness and half a dozen cubs, and she was being very protective. They took off before we could see them, but hope to track them tomorrow. 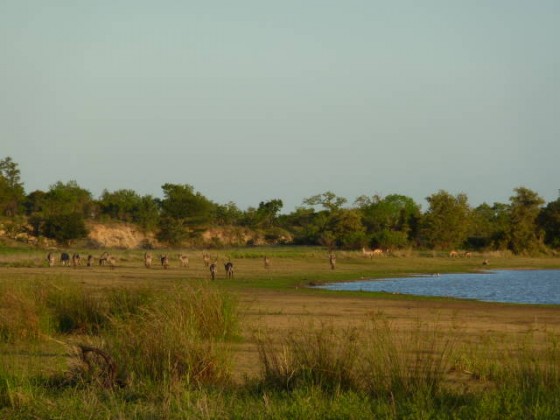 We had a break at this lake, which was beautiful in its tranquility. 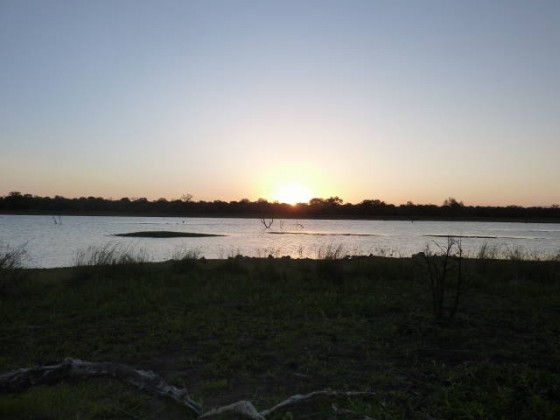 And then had the sun set over it before we carried on tracking at night. Saw a few more beasts, but obviously photos not come out so well at night.

It’s hard to describe how incredibly relaxing it is to be driving through natural African parks, with birds and beasts just roaming about everywhere. You feel you’re one of the luckiest people on the planet to be experiencing nature in such a way.