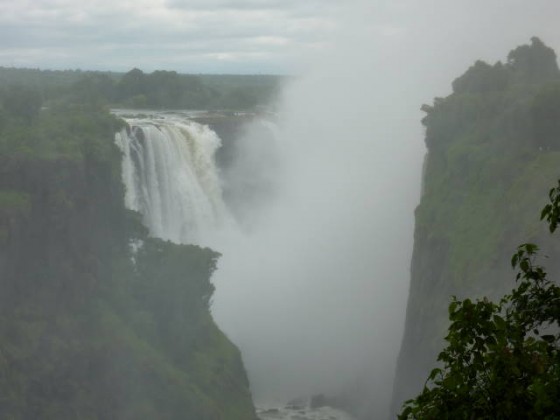 David Livingstone named them the Victoria Falls after Queen Victoria, but the local name of Mosi-oa-Tunya or the Smoke that Thunders is such a better name for them. You can not appreciate how accurate that name is until you have been to the falls, seen the “smoke” and heard the thunder. 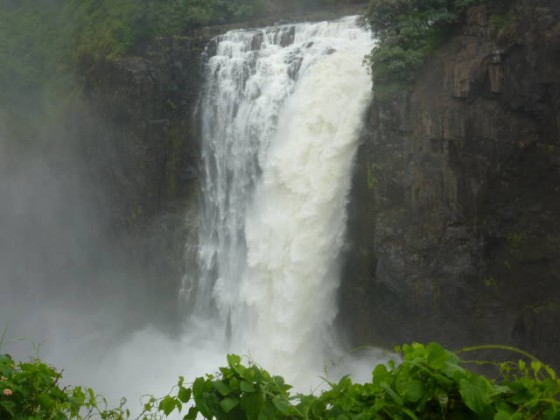 This is the left most fall from the Zimbabwe side. The falls are two kilometres wide, so you can not get a photo of the entire falls together, unless from a helicopter. 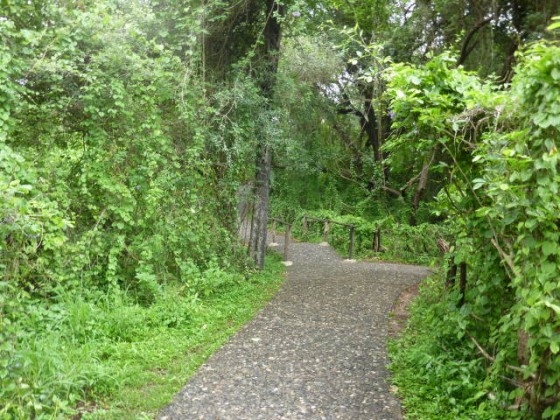 The bush is lush rainforest next to the falls – because they get plenty of rain from the falls. Except when the falls are at their lowest, you get soaked viewing them – and I mean soaked. The water comes from so high up you would swear it was raining if it not for the lack of clouds. You get wet in some parts even a couple of score of metres back. Sometimes with a strong wind the falls water will even hit the township a km or so away. 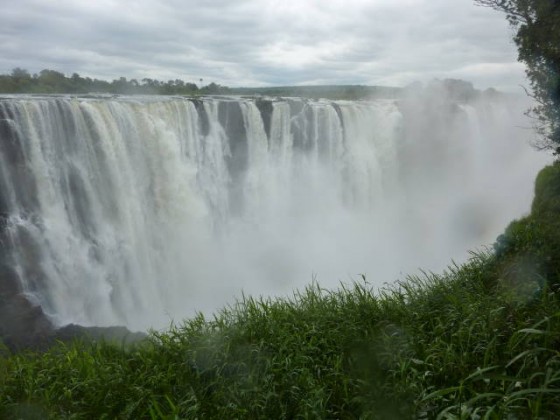 Heading into the main part of the falls now. 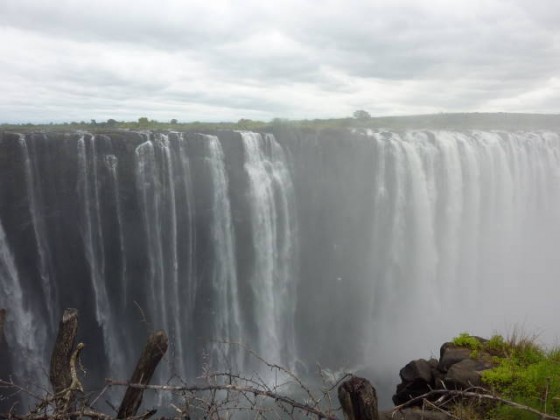 There are around 20 viewing points from the Zimbabwe side 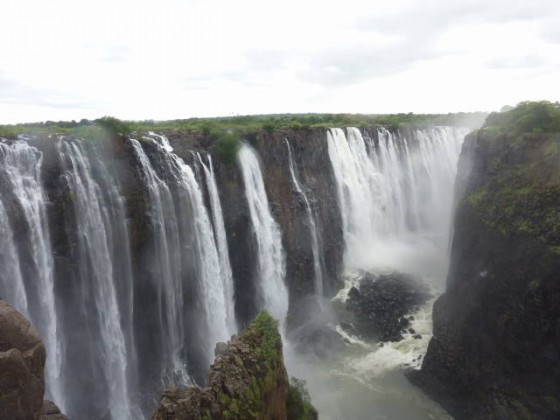 And at the far end of the falls. 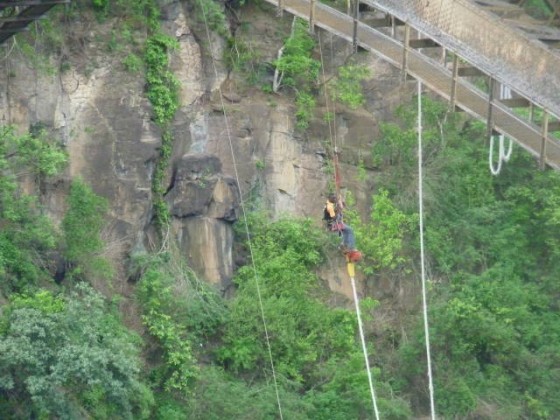 This bridge is the border crossing between Zimbabwe and Zambia, plus you can bungy jump from it, do a zip line of flying fox. 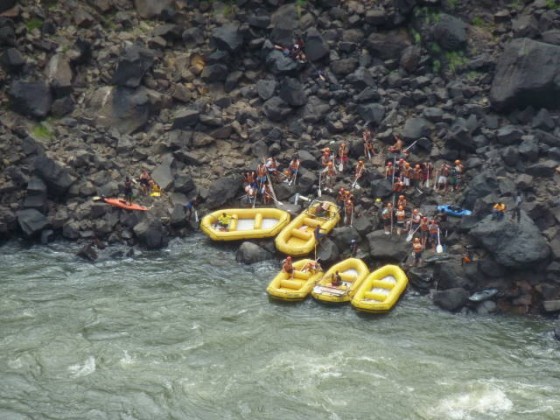 And very cool, you can white water raft from the bottom of the falls. I’ve rafted the Shotover a few times, but this would be a truly fun group activity. The guide told me that falling out in one of their rapids is somewhat more dangerous than on the Shotover. 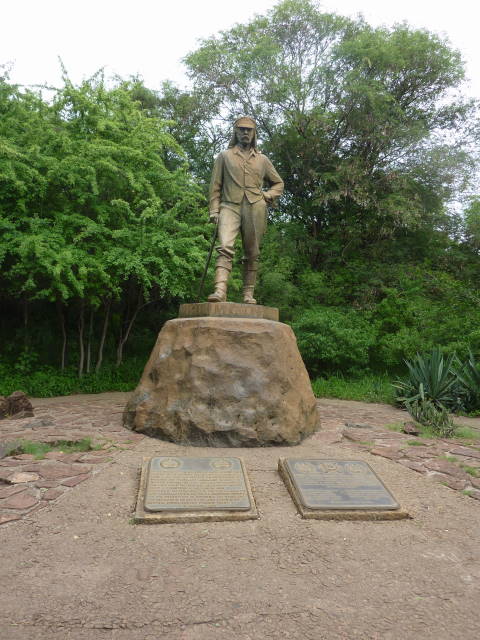 A statue on the Zimbabwe side of David Livingstone – the first European to see the falls. 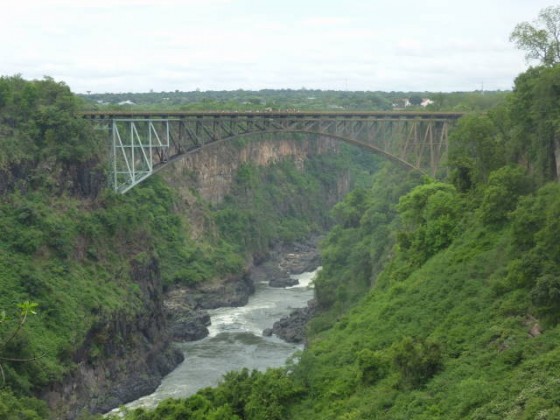 After spending two hours walking around the Zimbabwe side, I crossed over the bridge to the Zambia side. It’s around three kms all up walking across, and very hot. The worst things are not the heat though but the young touts. They are trying to sell you everything from useless currency to bracelets. They are absolute con artists, suggesting US$30 for a 10c bracelet. But sadly even refusing to buy or talk to them doesn’t help as they will follow you for at least a km telling you how they are starving (they do not look it), their family has no money, their grandparents will have to be kicked out as they can’t look after them etc etc.

I suspect many of them earn well over US$100 a day, which probably puts them in the top 1% in Zimbabwe. They’ll do anything to engage you in conversation so you feel obliged to give them some money, most commonly asking you where you come from. After around the 20th one had asked me this I snapped and said “The North Pole”. They all looked surprised as no one had ever said that before obviously. Then one of them asked if I really was from the North Pole, and I replied “No, but you all obviously think I am as you think I’m Father Fucking Christmas”. As it was Xmas Day, possibly a bit ungracious from me, but seriously these kids are hyenas in human form. 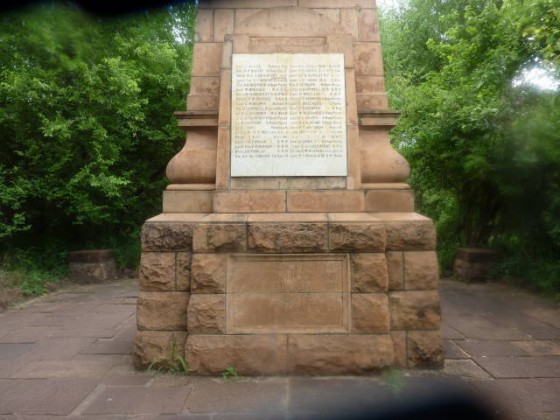 I was surprised to see one of the traditional WWI memorial states in Zambia, but then recalled that back then it was Northern Rhodesia. 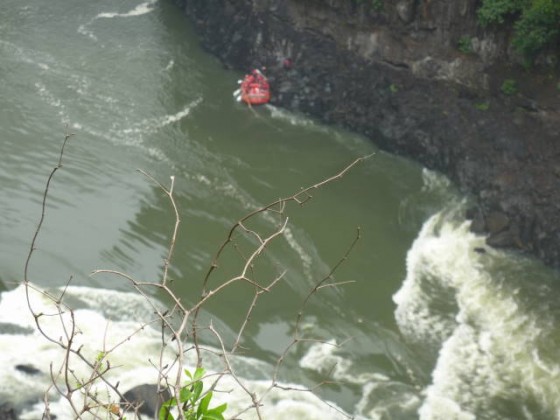 You can see a raft here waiting to go down a bloody large rapid. 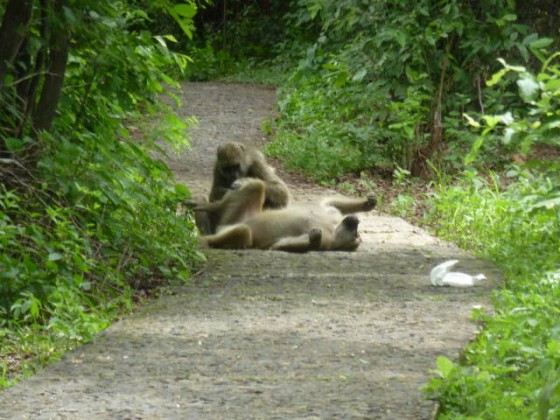 There are baboons on both sides, but they are way more numerous on the Zambia side. On half a dozen occasions I had to walk within a foot or two of some baboons, and you do hope they remain passive. 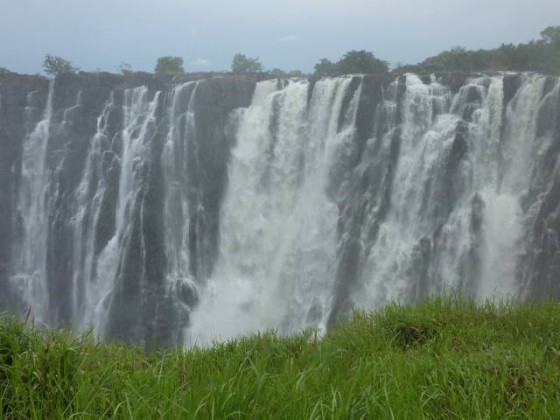 These are they very right hand side of the falls. 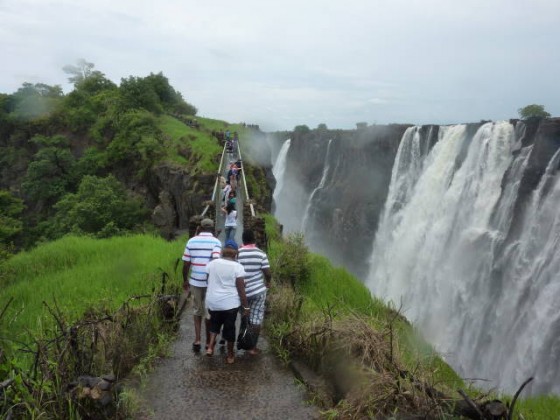 A small bridge, which gets soaking wet so you walk it very slowly. Great views from it though. 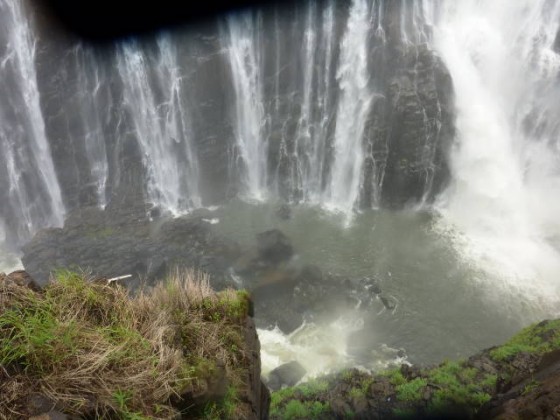 A shot of the bottom of the falls. On average they are 100 metres deep. 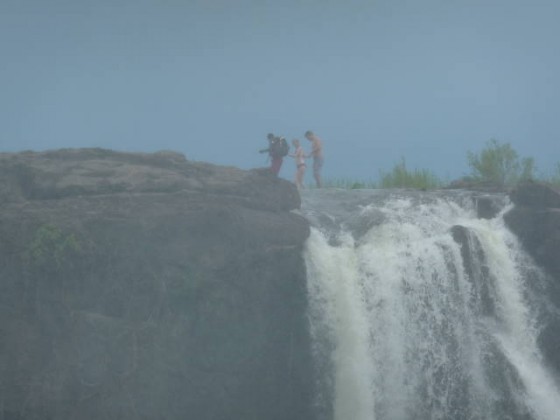 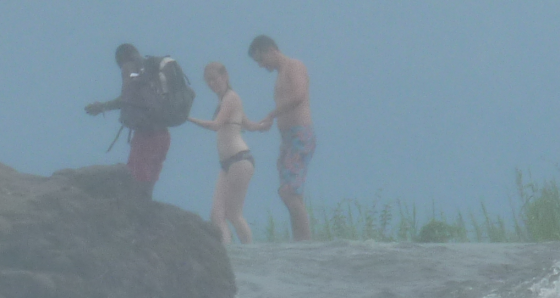 They look ready to take a swim in case they do fall! A fall would be fatal, so I presume why they were in togs was heading to the Devil’s Pool which is an area off Livingstone Island where you can swim at the top of the falls, but not get swept over. That would be fun to do – but I’d rather take a boat to Livingstone Island – not walk over to it. 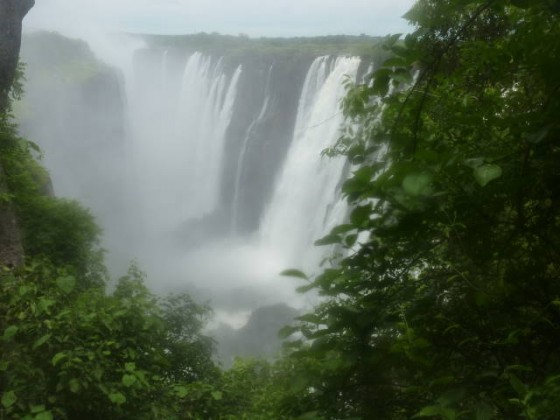 A final shot of the falls from the Zambia side.

If you want to see all the different vantage points on both the Zimbabwe side and Zambia side, plus walk across the border crossing (something I’ve never done before), it’s around 10 kms of walking all up – and in hot sun. But the views are absolutely worth it. It is rightfully regarded as one of the seven natural wonders of the world.