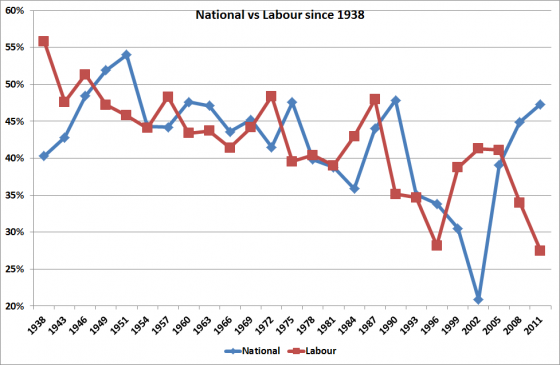 An interesting look at the election results of National and Labour since the first election they both contested.

Then of course in 2002, there was the blowout to Labour who beat National by 20%, much the same as National beat Labour by in 2011.

There was also an interesting trend of declining support for both parties from the 1950s to 1984. We then saw both increase in support as Social Credit died, and then the volatility of MMP.

National’s growth over the last three elections under Brash and Key is quite remarkable.