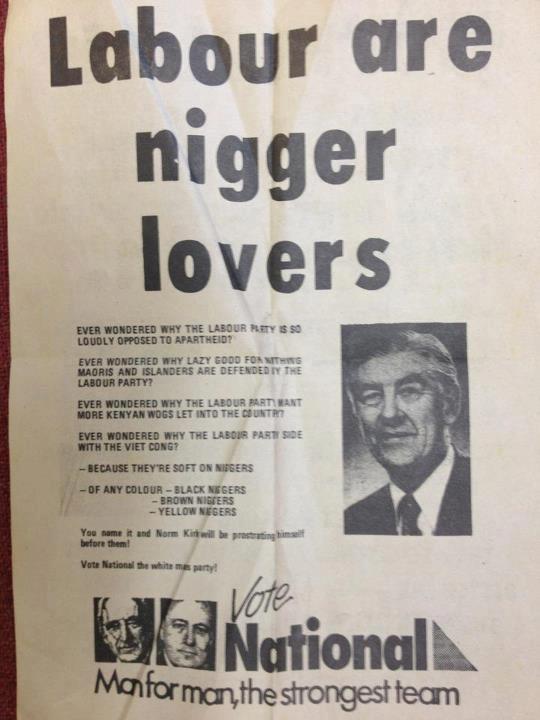 The question is: is this a real ad, or a satire? Seems too extreme to be real – although dawn-raids era National was an overtly racist party. But were they this overt? If this was real wouldn’t it have entered into notoriety, along with the dancing cossacks ad? Wouldn’t we have heard about it before?

On the other hand, the nation was a lot more regional back then. It’s not impossible that this was an ad in a regional publication put out by a rural MP that nobody ever noticed until now.

Anyone who thinks this ever could have been a real National advertisement is somewhat detached from reality. I think it says more about them, and how desperately they’d want it to be true.

Jack Marshall was National Leader in 1972. He was known as Gentleman Jack for a reason – well known for his being non-confrontational and not liking aggressive politics. Marshall also was an opponent of the Springbok Tour, so this little smear campaign poster is very misplaced.