The overall number of crimes is down 7.4% and the crime rate is down 8.0%. Note however the overall rate is a fairly un-useful figure as it treats all crimes as equal magnitude.

I’ve done some quick graphs showing the level of recorded offences and the crime rates for the major categories, since 1996. A variety of stories. 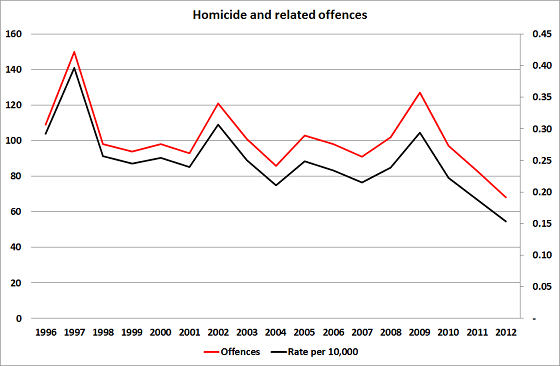 Thankfully not a large number of homicides, so changes may not be significant. But a nice trend down in the last three years. 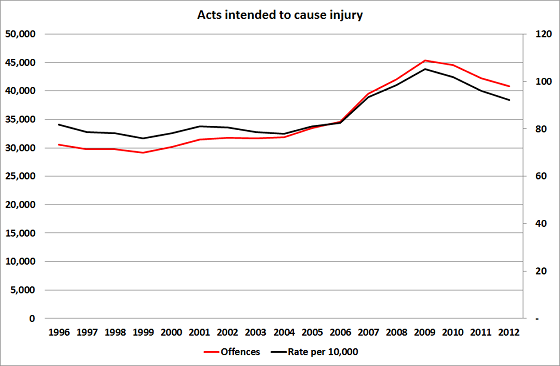 Assaults and violent offences were definitely trending up until 2009, and have been reducing over the last three years. 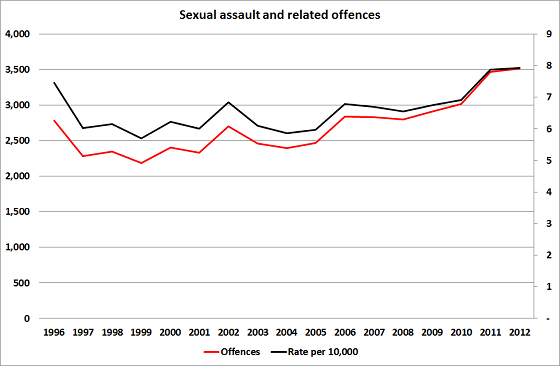 Sadly sexual assaults is the one area that has not reduced. This may be due to greater reporting levels. 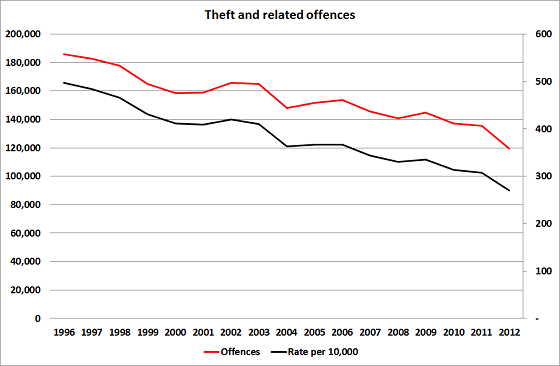 Thefts have been going down pretty constantly for the last 16 years. 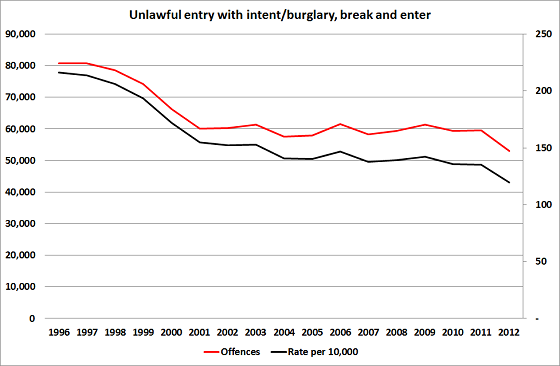 Burglaries were pretty constant, but have also started to trend down. 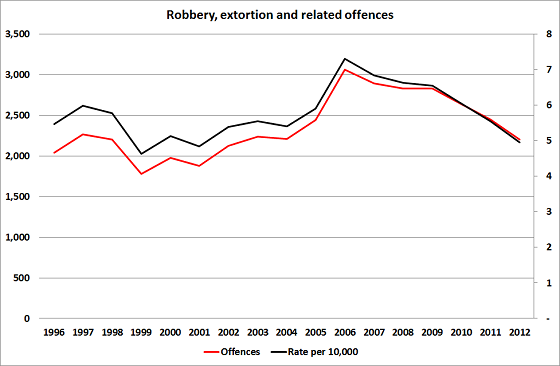 Robberies really shot up around a decade ago, then started to reduce from 2006 and decrease more rapidly since 2008. 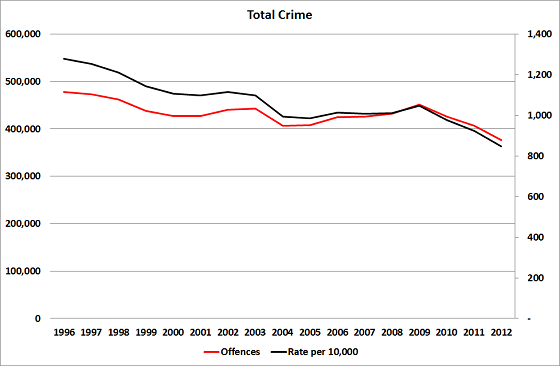 Again the overall rate is not that useful a number but still psychologically important to some. The overall crime rate dropped from 1996 to 2004, and then increased from 2004 to 2009. Since 2009 it has dropped pretty significantly. It is 18.9% lower than three years ago.