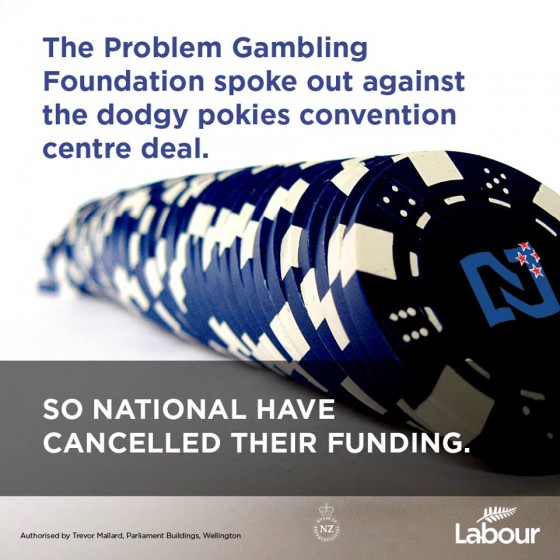 This is the latest advertisement from Labour. Its desperate stuff which I doubt would survive a complaint to the Advertising Standards Authority.

Note no mention of the fact that the PGF lost a contestable contract to the Salvation Army, who also spoke out against the deal. So the entire premise is a lie.

Also the decision was not made by Ministers. To quote Peter Dunne:

The process to retender the contracts for these services was an open contestable tender.   The evaluation panel deciding on the tender comprised six members: three internal Ministry staff and three external evaluators from the Department of Internal Affairs, the Health Promotion Agency and a Pacific health consultant.

“The Ministry of Health has been particularly mindful to keep the process clearly separate from any perception of political interference. This extended to commissioning an independent review by Pricewaterhouse on its proposed decisions.

Also I understand the total amount being spent by the Ministry of Health on problem gambling is increasing by $750,000 over last year. So its a decision to increase funding and to go with a provider that will actually assist more people more effectively.

Labour seem to be upset because the PGF was a great source of taxpayer funding for their activists and candidates. Likewise the Greens haven’t mentioned that the former CEO is an active member of the Green Party and partner of a Green MP.