I’m in Nepal. Currently in Kathmandu, but about to fly to Lukla to start a 17 day trek to the Mt Everest Base Camp and back, along with four other Wellingtonians.

There will be no Internet (or electricity!) in some of the areas we pass through, so very little blogging for the next two to three weeks. There should be the occasional guest post, but not much from me. I won’t be clearing e-mails during this period either, and will be deleting all e-mails unread when I get back as there will be so many of them. So if you want me to read something, send it to me after 29 April.

Anyway have had a day and a half in Kathmandu, and a few photos starting with the most important one. 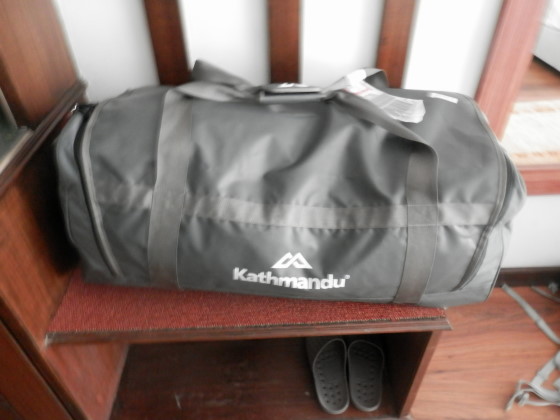 This photo is a huge relief as Malaysia Airlines lost my bag (yeah, I know at least they didn’t lose the plane !) and for around 20 hours I was in a state of minor panic. On most trips losing your gear is a hassle, but not a disaster. Just go out and buy some clothes for two days. But if my bag didn’t turn up within 36 hours I would not have been able to do the trek – or would have had to try and buy a huge amount of gear and clothing and (legal) drugs. So was very very relieved when the bag turned up the next morning. 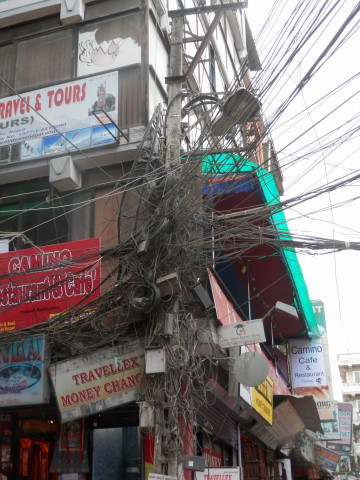 Like many Asian cities, the electrical wiring is chaotic. By coincidence there are several power cuts a day. In fact as I type this there has been no power for 90 minutes. As it is 4 am, I guess not many have noticed! 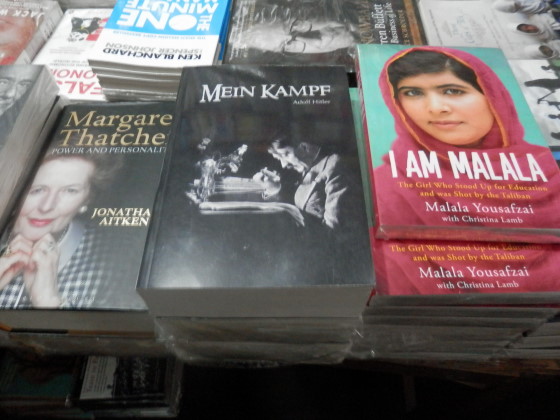 They have some great bookstores here. Will buy a few books after the trek, but no not this one – it isn’t autographed! 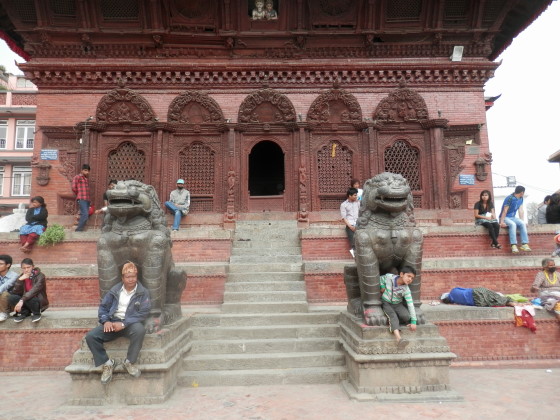 One of the many temples at Basantapur Durbar Square. It is a UNESCO World Heritage site.  Over two dozen temples, many hundreds of years old. 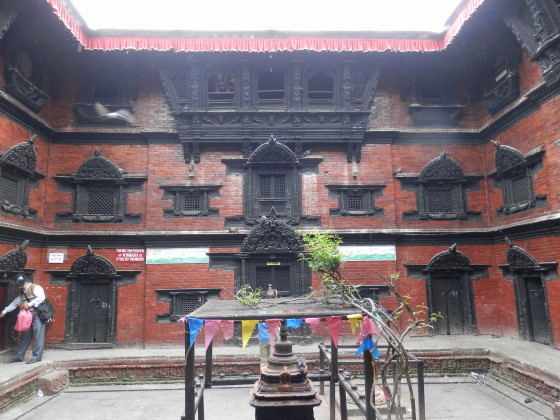 This is the courtyard where the Royal Kumari, or living goddess, makes an occasional appearance. A young girl (the current one is aged four) is selected to be a living goddess for four years, and is worshipped at various festivals. seeing her is meant to bring good fortune. After she retires as a living goddess, she returns to her family. Few of them ever go onto marry. I guess being married to a former living goddess would be challenging! Especially as their every wish must be granted when they are a goddess! 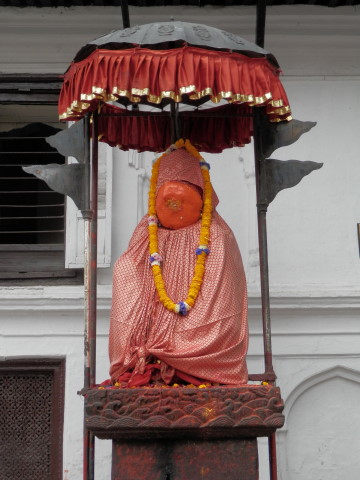 A statue of the monkey god. 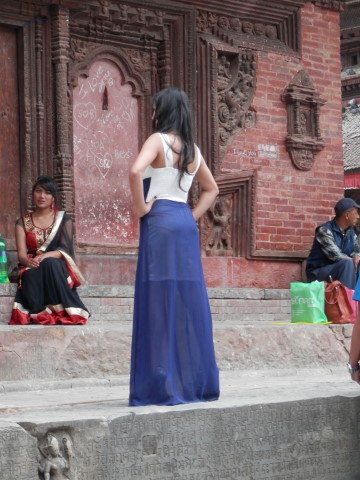 There is a purpose to this photo! Look at the size of the heels on her. Massive. 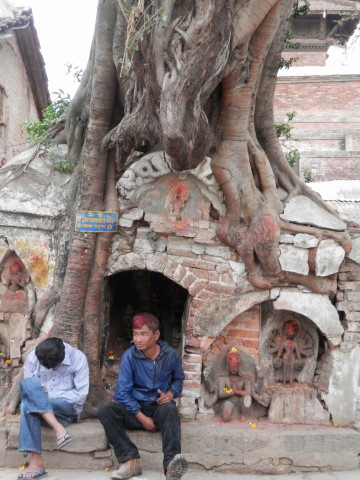 Nothing stops a determined tree. 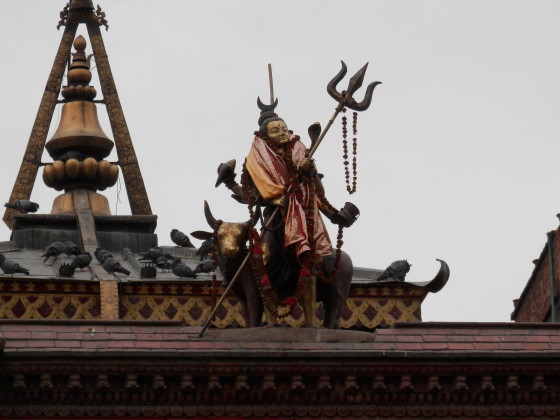 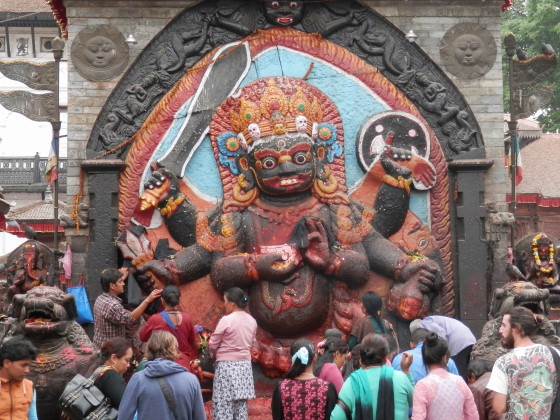 I love this portrayal. 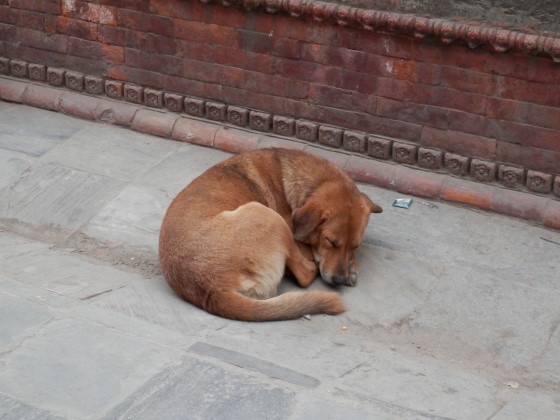 Hundreds of wild dogs run and lay around the place. Some, like this one, look very cute. But you never ever pat them as the chance of getting rabies from a dog bite is far too high. 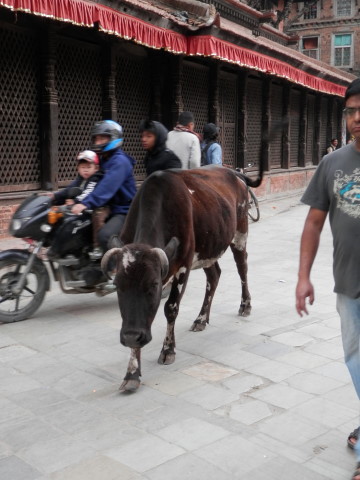 Yes he is heading straight for me. He seemed to take an interest in me and walked directly over to me, and then stopped next to me. Was a bit wary of patting him with those horns. 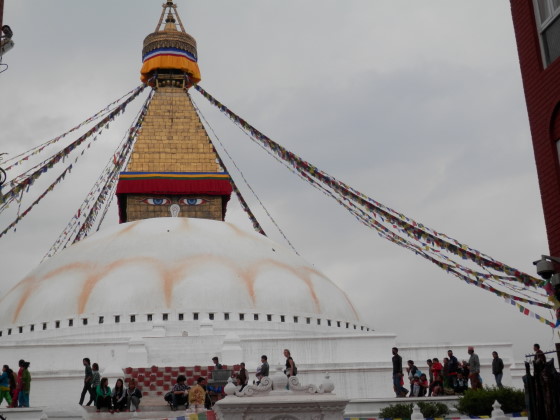 Then we went to see Boudhanath which is one of the holiest Buddhist sites. I love the eyes, that make it so friendly. 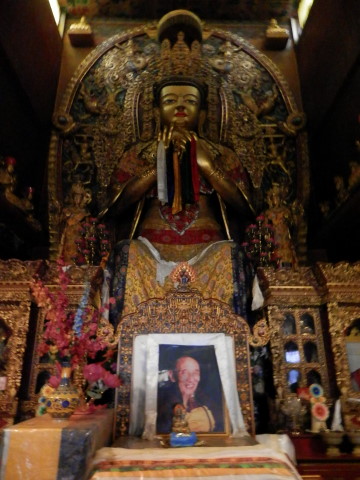 Inside one of the temples. 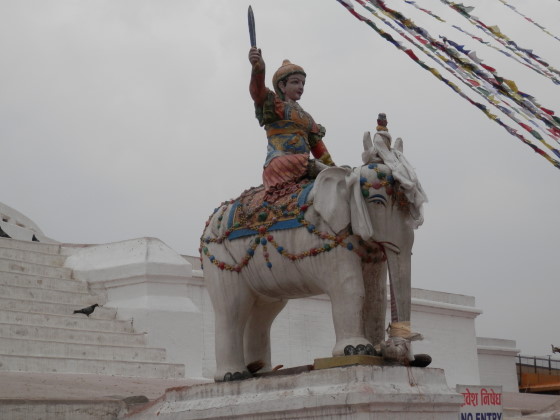 One of the three million gods they have. 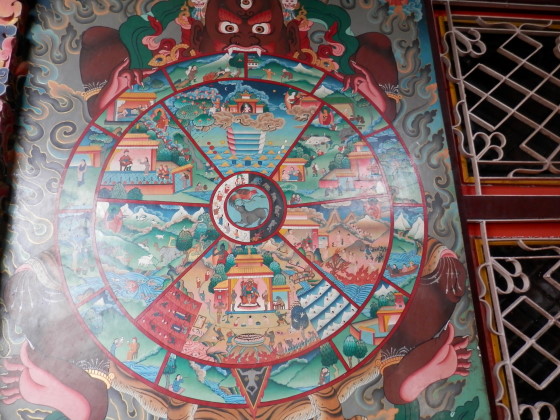 This is the wheel of life. I like the depictions of the different heavens and hells. Lots of people being boiled in a pot down below. 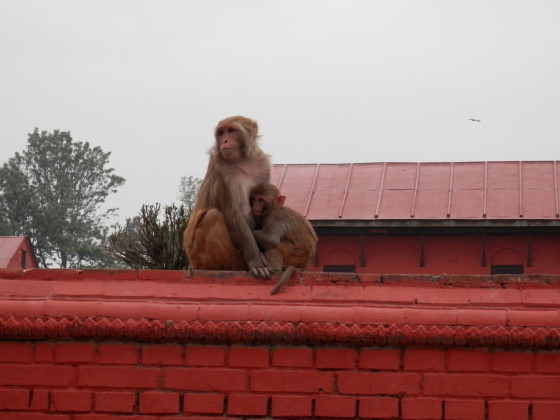 Then we went to Swayambhunath, also known as the monkey temple for obvious reasons. I liked this cute scene. However again no matter how cute, stay away as many have rabies. 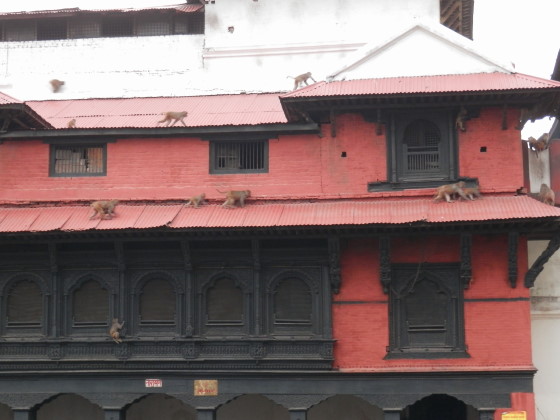 A big array of monkeys making their way over a roof. 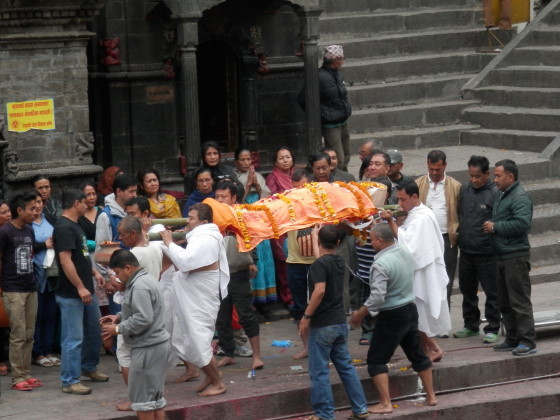 This was somewhat unusual. We saw a public cremation. Many families cremate their deceased here at the temple. This is meant to happen within three hours of death. You can see the body wrapped up being transported. 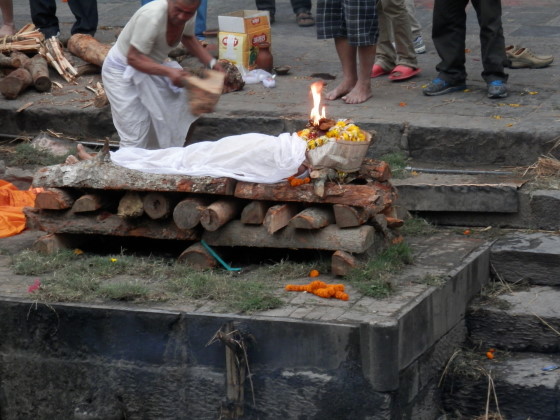 Then it is set alight, starting at the mouth! 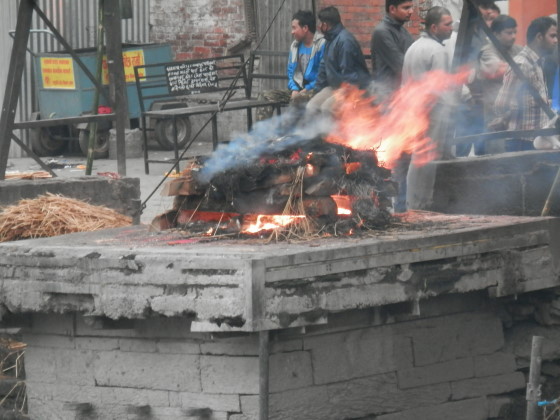 And a cremation in full flight. Rather unsettling watching it. At the end, the ashes are swept into the river below. That’s one river you definitely do not want to fall into!