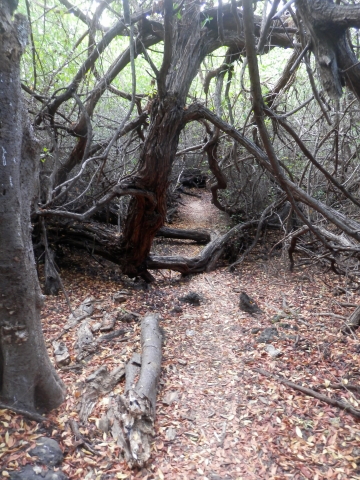 On Day 5 we sailed around Isabela over to Santiago Island where we did our first wet landing from the zodiacs.

Spent around 90 minutes walking around, including through this area which looked like a movie set. 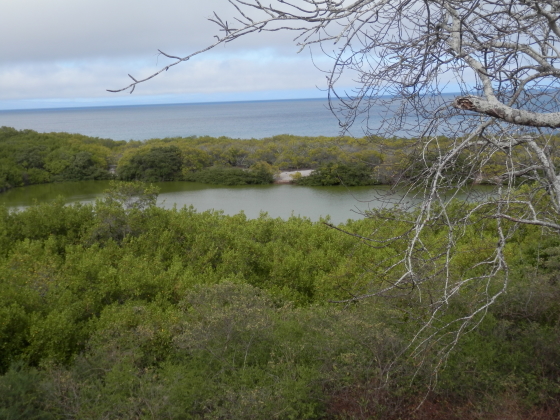 We then got this view from higher up. 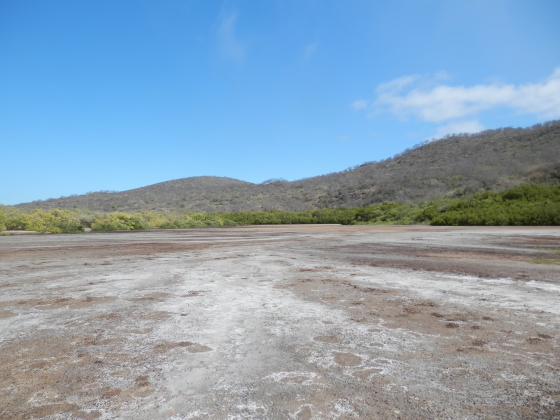 Back down below, this is a lagoon during the wet season. 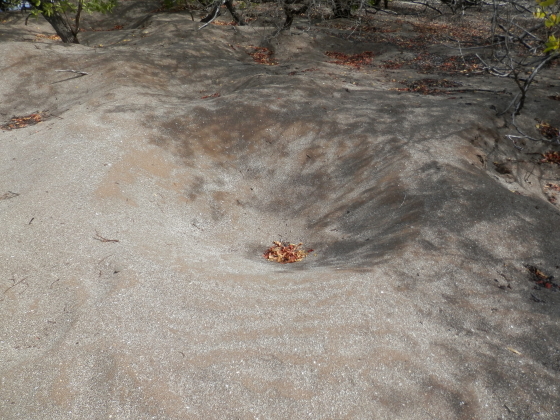 This is where a sea turtle has dug a hole to lay her 100 to 120 eggs. Once she has laid them she takes off, and they are left to the warm sand to hatch them after 90 days. 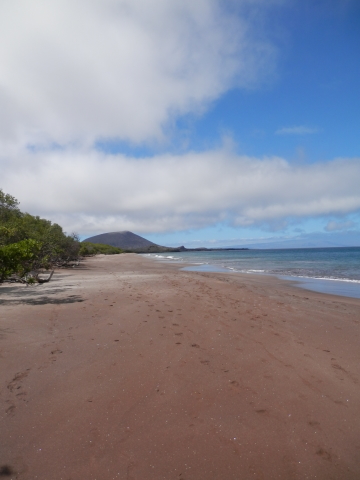 Had a nice walk along the beach, and then went swimming for a while. I had a pelican fishing just three metres from me in the sea. 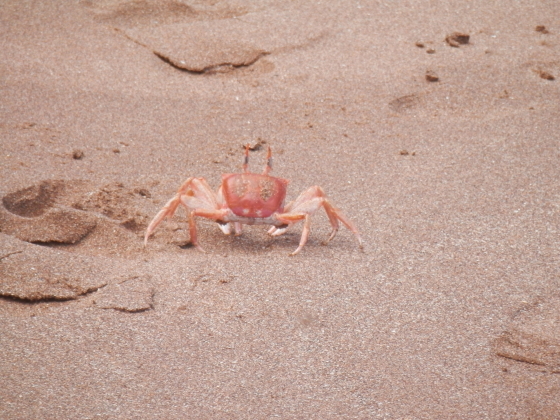 Lots of Ghost Crabs around. I love how they scuttle sideways. 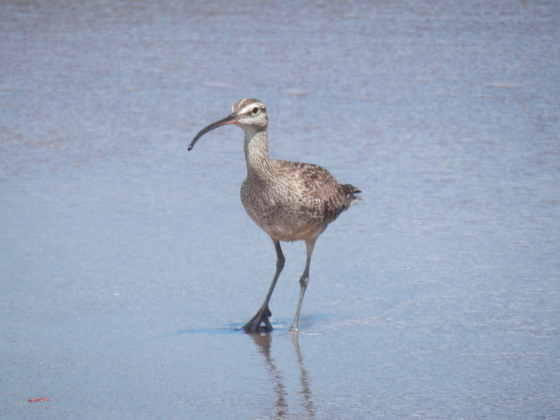 A Galapagos Whimbrel enjoying the sea 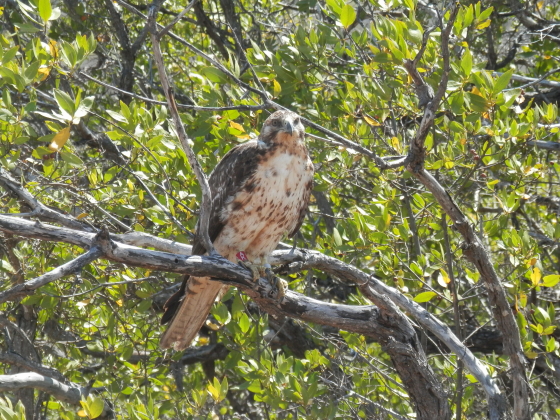 This Galapagos Hawk landed in a tree next to us and stayed there for an hour or so, despite us being metres from it. 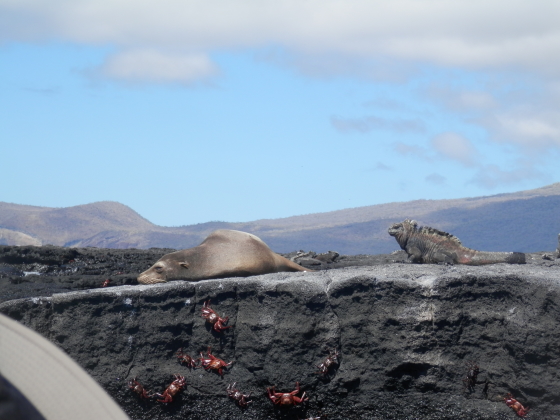 After lunch we went to a different bay and this is where we landed. I love the sea lion, iguana and crabs all in the same picture. 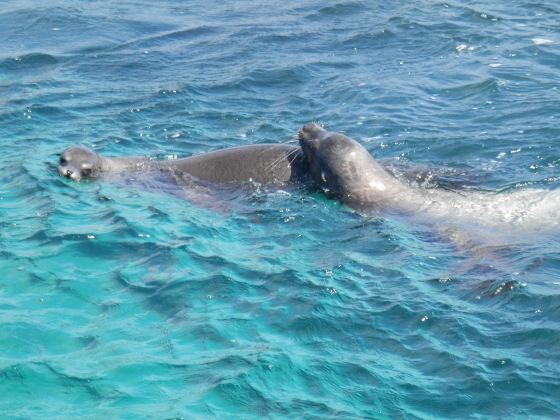 These sea lions are in a pre-mating ritual. He seems keener than her. 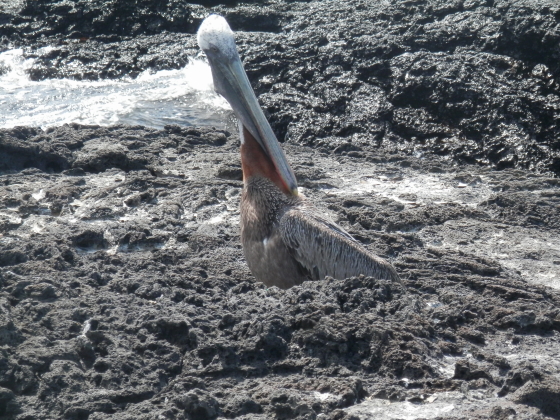 This picture is from just two metres away. This is the amazing thing in the Galapagos – the birds allow you to get so close. 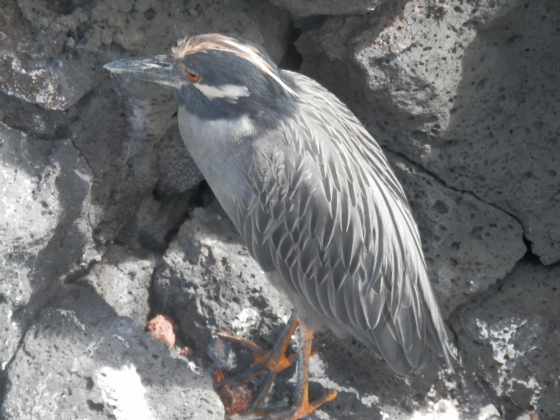 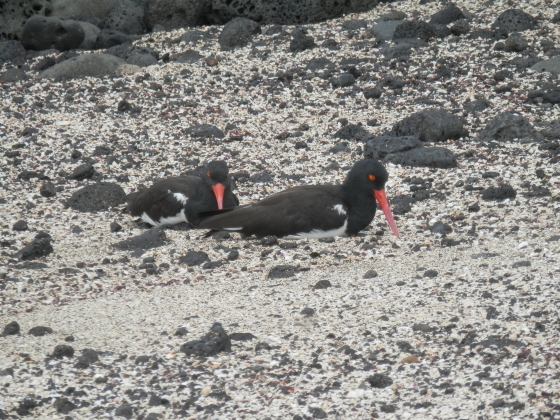 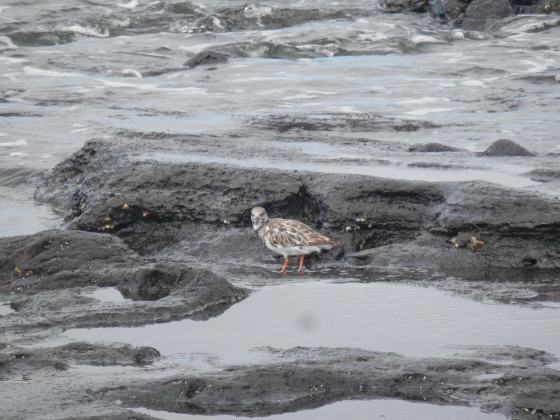 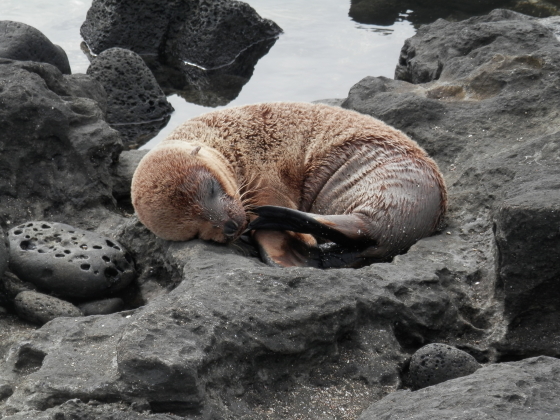 We saw some fur sea lions also but this is a Galapagos Sea Lion cub. 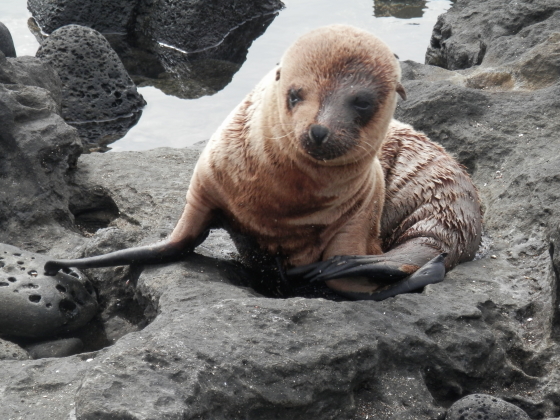 I wanted to take him home! 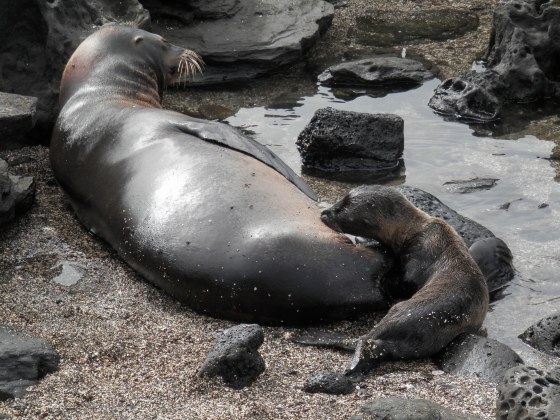 And a newly born cub feeding off Mum.

After this we went snorkelling again. I saw two white tipped sharks, and also got accidentally (well I think it was an accident) rammed by a large marine iguana.

When I got back on shore after seeing the sharks, I noticed my knee was bleeding from where I had been thrown against some rocks. In hindsight following sharks while bleeding may not have been the best idea!