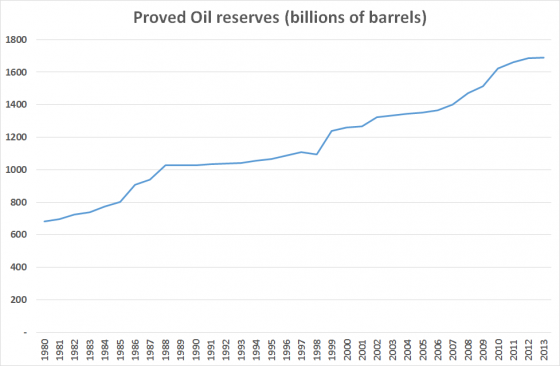 This shows the known or proven level of oil reserves since 1980, from BPs annual oil report.

Do you recall how we were told for year after year we were at or about to hit peak oil, when production would reach a peak, and the associated oil depletion theory?

Well two things have happened. Production has not peaked and has increased every year, and the reserves are not getting smaller, but also are increasing.