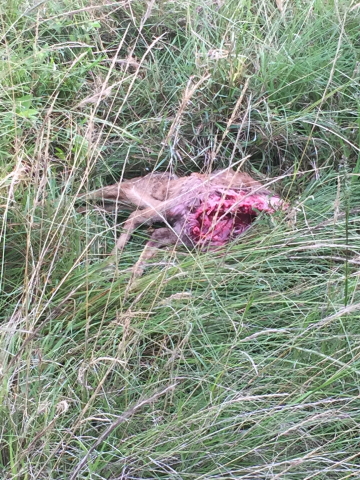 A gory start to the day. A Martial Eagle had killed and was eating this baby impala. The eagle flew off and had a pretty huge wing span. 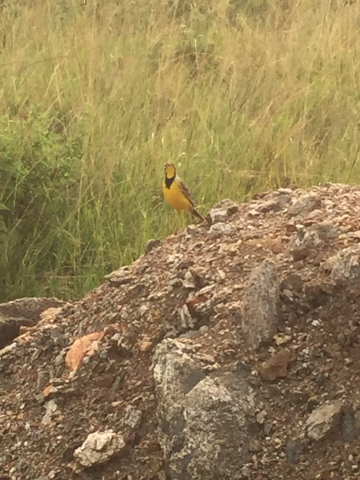 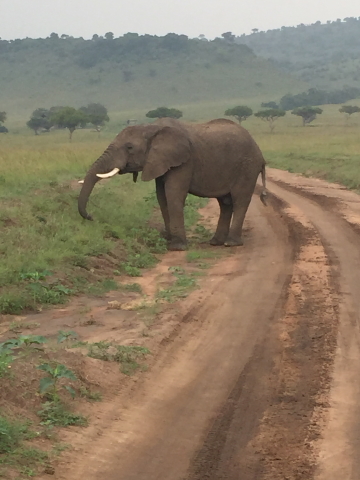 Give way to the elephant! An adult can easily tip the jeep over. They weigh twice as much. 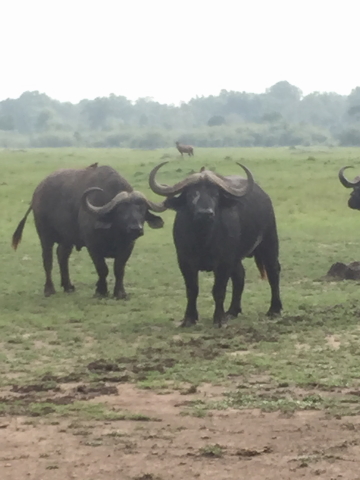 A couple of buffaloes giving us the stare. 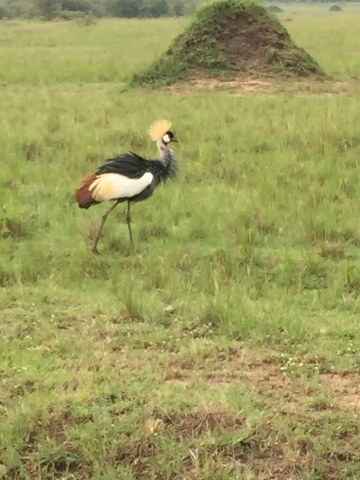 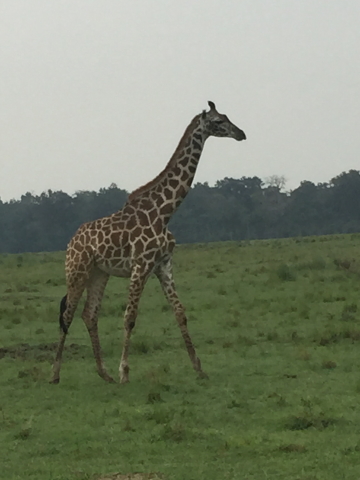 A giraffe strolling along. 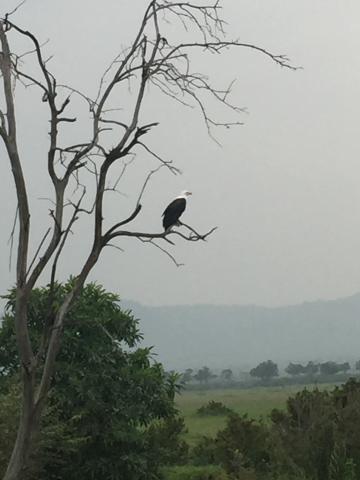 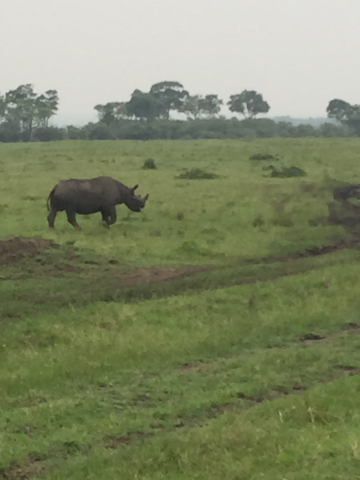 Yay, a proper sighting of a rhino. This one is only four years old. 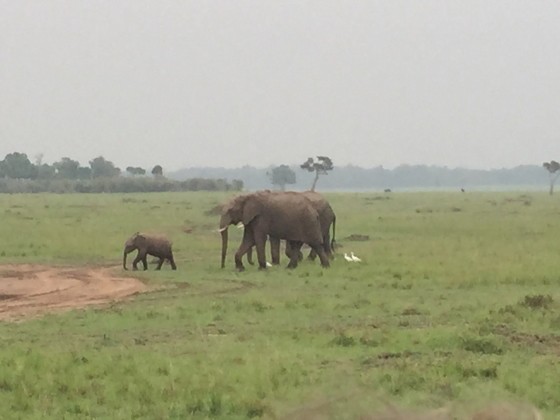 Some elephants being followed by their attending birds. 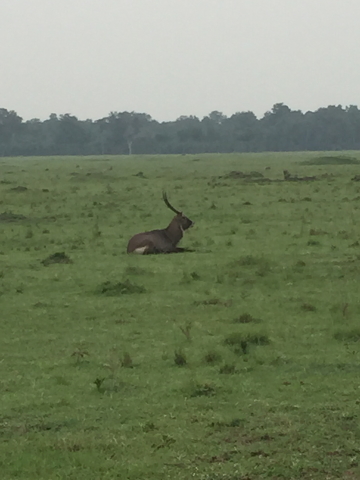 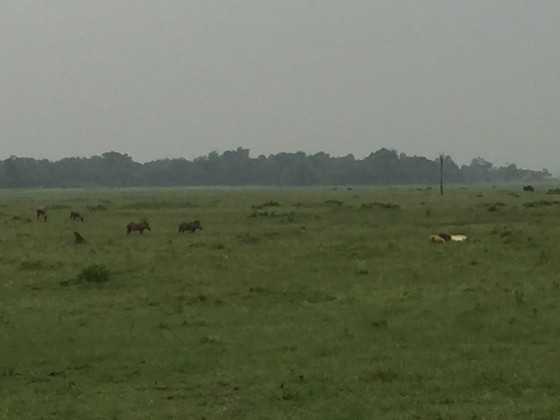 A couple of warthogs obviously lost a game of Truth or Dare and are advancing on a sleeping lion to see how close they can get! 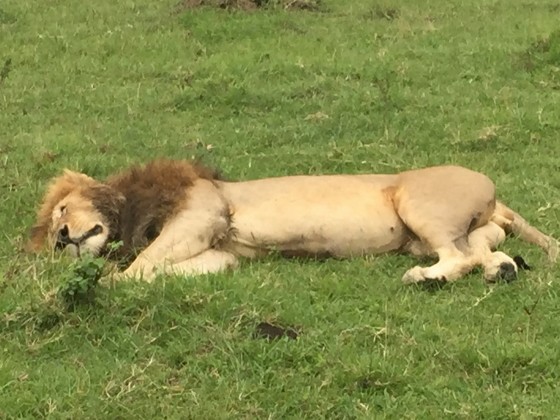 The sleeping lion. They get more adventurous later in the day. 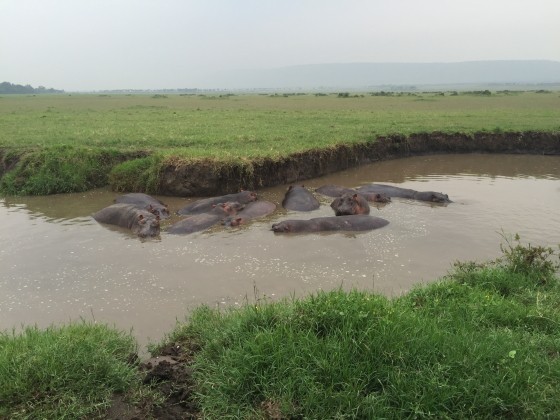 A pool of hippos. 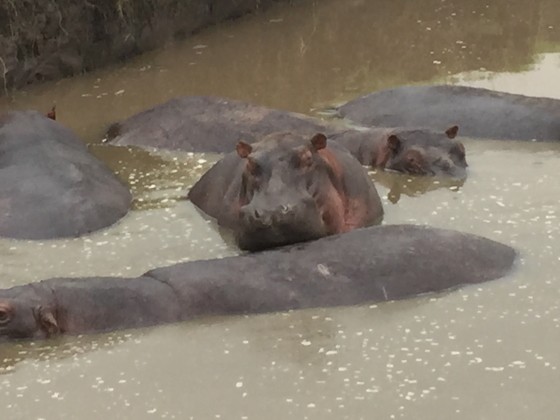 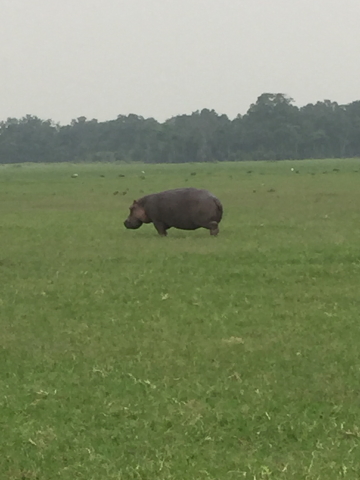 You only see how big they are out of the water. 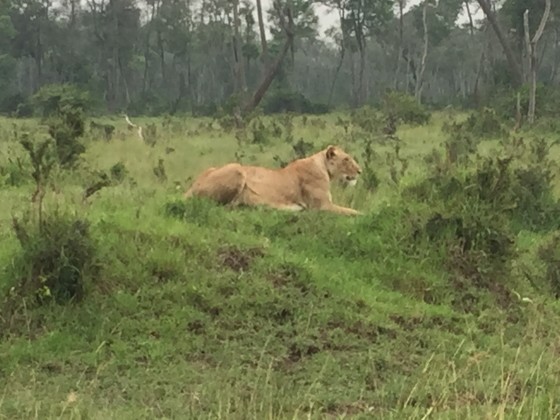 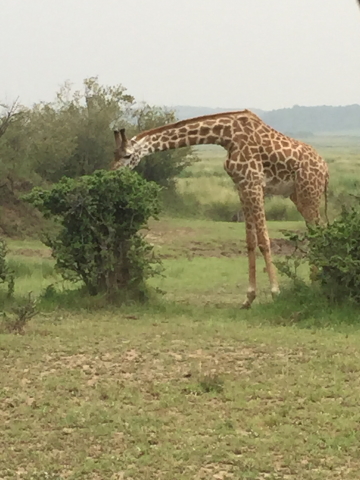 A giraffe having a feed. 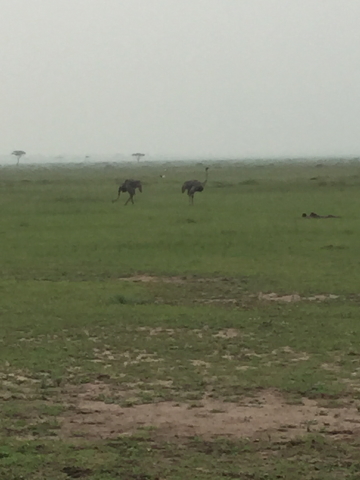 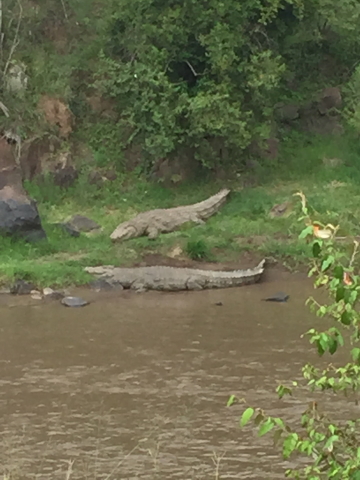 Down in the river a couple of crocodiles. 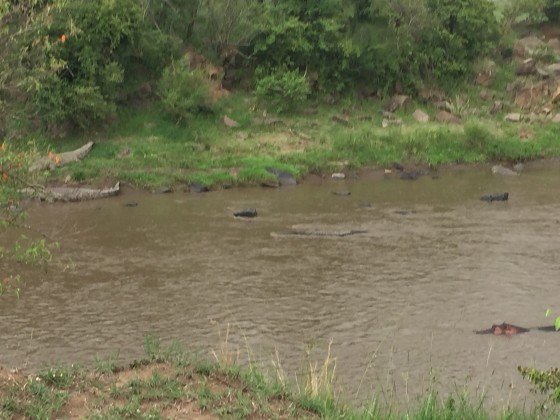 Look closely here and from right to left there is a hippo, a submerged crocodile and then two cros on the bank. 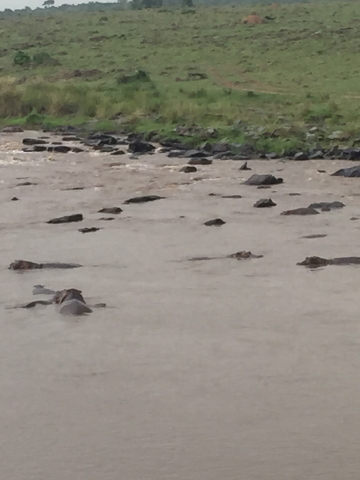 Half the rocks here are actually hippos! 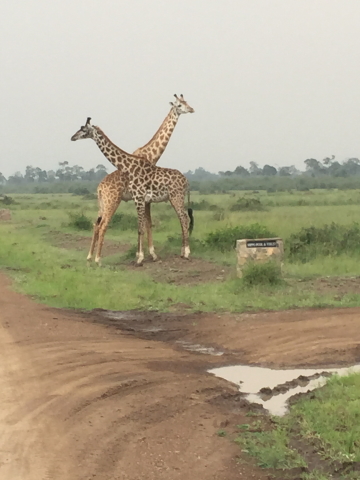 A couple of giraffes necking. 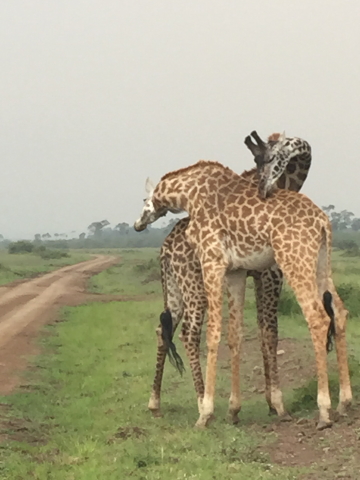 This may look cute, but this is how they fight for dominance. Very polite. They take turns until one gives up. 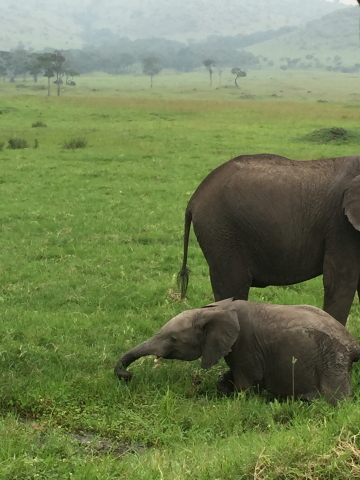 A baby elephant struggling to get out of the mud.

A long drive this morning, around four and a half hours. We saw a lot in that time though.