There was a wide variety of topics to keep the cartoonists busy this week. The Obama administration and Mitt Romney have been selected this week.

The first by Michael Ramirez mocks the Obama administration’s bad habit of falling over their words in regards to who is a terrorist and who isn’t. 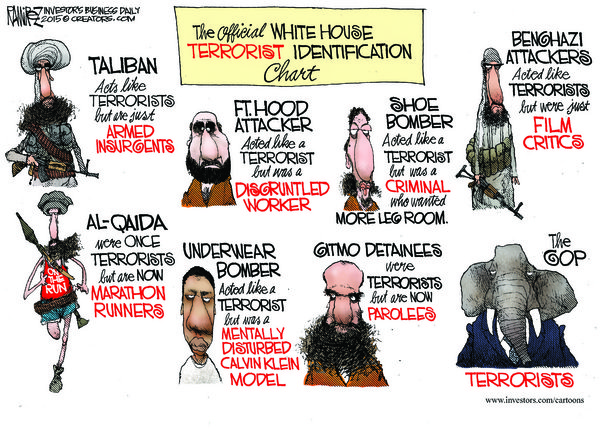 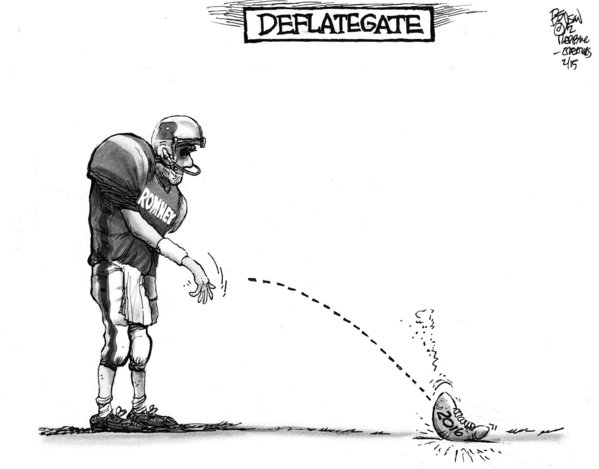 Once it dawned on Romney the financial backing and grass roots support wasn’t there from inside the GOP he wisely decided to give it away.