I vowed after New York in 2013 to never run another marathon, but the Queenstown Marathon just seemed too beautiful to say no to, so I enrolled for it earlier this year.

Sixteen weeks out I started the serious training schedule. I’d kept up some social running but was a long way off being able to run a significant distance.

Over 16 weeks spent around 64 hours running, covering around 700 kms according to my phone. Mainly in Wellington, but a bit also in Auckland, Dublin and London. I know the location of every water fountain between Westpac Stadium and Scorching Bay. They were the longest training runs – 33 kms from Thorndon to Scorching Bay and back.

Flew down to Queenstown on Friday. There were I think 16 extra flights that day, which explains why Air NZ is their major sponsor.

The weather forecast has been bad all week, but come Saturday and it was near perfect – overcast (so not too hot) but no real rain. 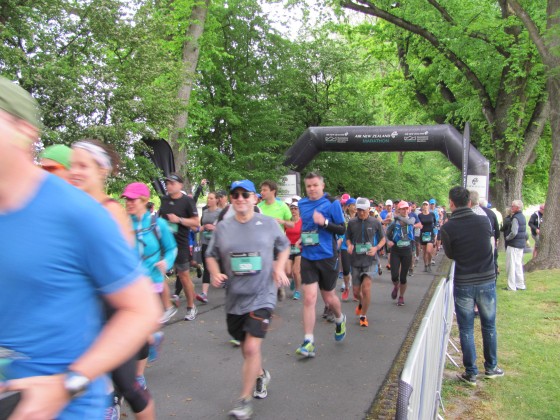 At the start line

The course started at Millbrook which is one of my favourite places to stay in NZ.  From there you head into Arrowtown, and then run alongside the Arrow River for around four kms. I’d biked it before and just as beautiful as previously. The trail had a few bumps in it, and a bit of a climb at the end.

Then it is along Hogans Gully Road to the East side of Lake Hayes.  You run around 90% of Lake Hayes which is equally stunning. The Western side though is really tough – there are three reasonably steep climbs, including at the end. I’m starting to understand who some people who competed last year said you could sue the organisers under the Fair Trading Act for their description of the course as mainly flat. 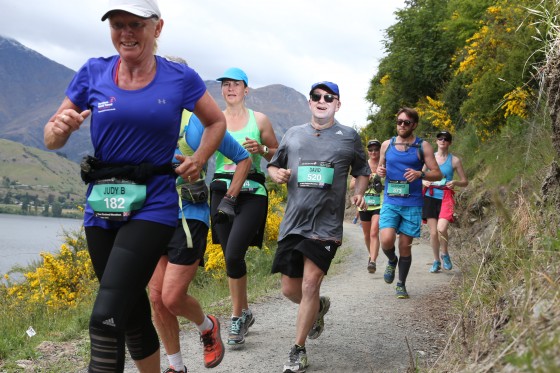 Then around 8 kms running along Speargrass Flat Road and the Lower Shotover Road, getting past the halfway point. As  usual, this is the point where the idea of collapsing into a St John Ambulance is quite appealing, and my pace is starting to slow from an initial 11 km/hr to under 10 km/hr. My thanks to Laila Harre who was running her 5th marathon for her pep talk and support. Had many good chats with other runners in the first half. Not quite so many in the second half as you get more exhausted.

But then you hit the Shotover River and the views keep the motivation up, followed by heading along the Kawarau River. Superb views. But around the 30 km mark there is a hideously nasty climb up from the Kawarau River. I’d say 98% of runners walked up the slope. It really wrecks you.

Then around 10 kms to go, heading around the back of Frankton Airport and then alongside Lake Wakatipu. Again the views are amazing, and I’m soaking up the atmosphere despite my slowing pace. 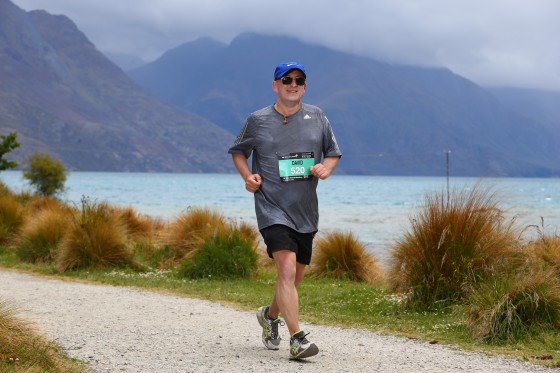 Then it is into the Queenstown Gardens and the final one km is through Queenstown where great crowds cheer you on (and there were lots of spcectators at other locations also), and finally the finish line. 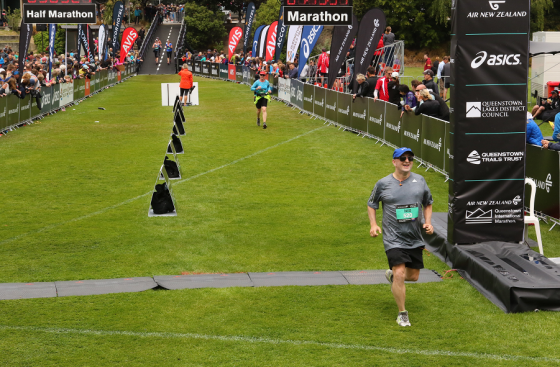 I did New York in 4 hrs 29 minutes and Queenstown was 4 hrs 14 minutes. Was pretty pleased with that considering Queenstown was less flat the New York.

Now I’m looking forward to at least a week off while my legs recover!