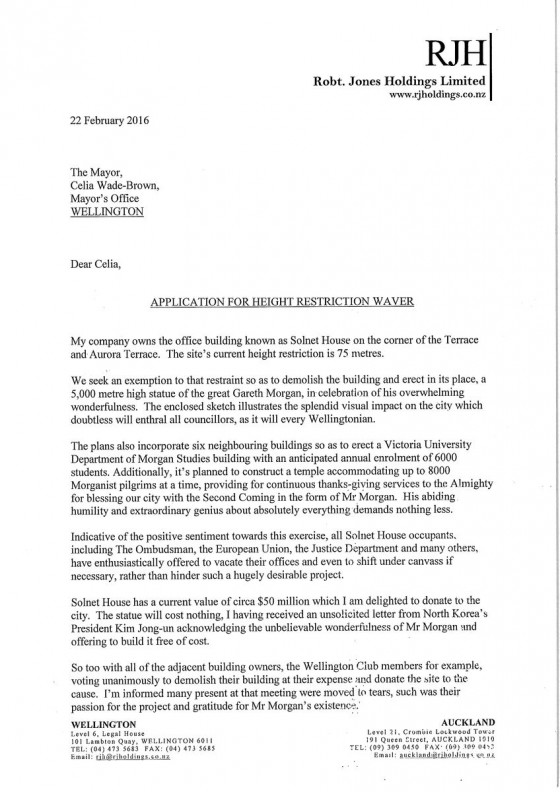 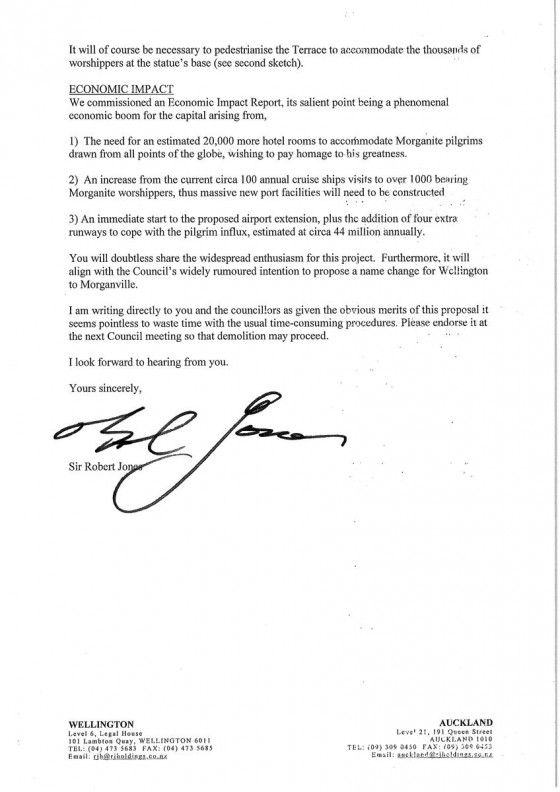 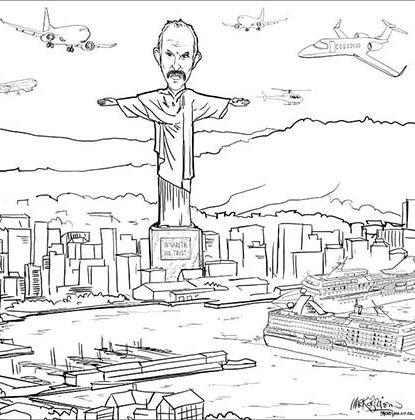 Letter and cartoon copied from NBR.

I know several of the tenants in Solnet House and I suspect would indeed be happy to vacate their offices to allow for the 5,000 metre high statue of Gareth.

I also especially enjoyed the economic impact analysis of the proposal, as it seem more robust than most similar studies, projecting the statue and temple will lead to 20,000 more hotel rooms, 900 more cruise ships and four extra airport runways.