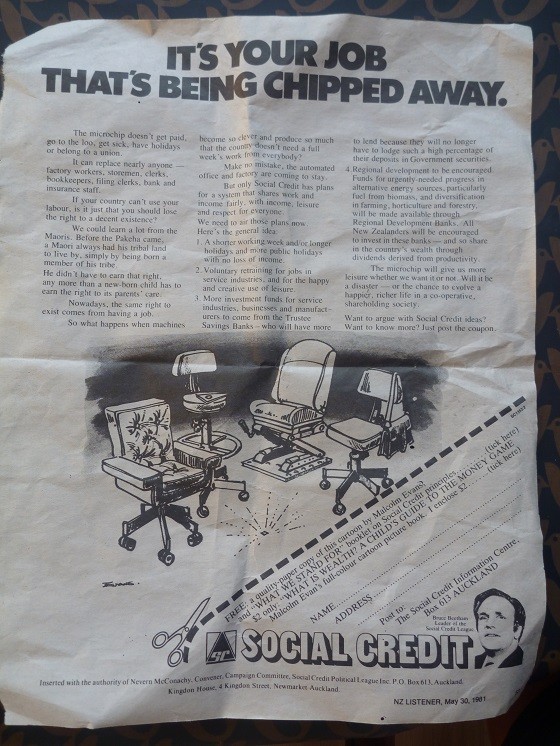 Labour have suddenly discovered that technology is changing jobs and are having a two year think about this.

Sadly they’re around 35 years too late. Social Credit in 1981 were even back then talking about the impact of technology on jobs!