Things get a bit grave today.

One of the top tourist visits in Buneos Aries is their famous cemetery. This is raised to street level like that of the Romans as a series of mausoleums because the water table is so high. It is a mini city of family crypts with streets that you can wander about and ‘houses of the dead’ you can look in to. You can actually see the coffins and small staircases wind down into basements where other coffins are stacked. Others are altars with boxes of ashes.  Sometimes windows are broken and you could reach in and touch the coffins (death at arms reach). 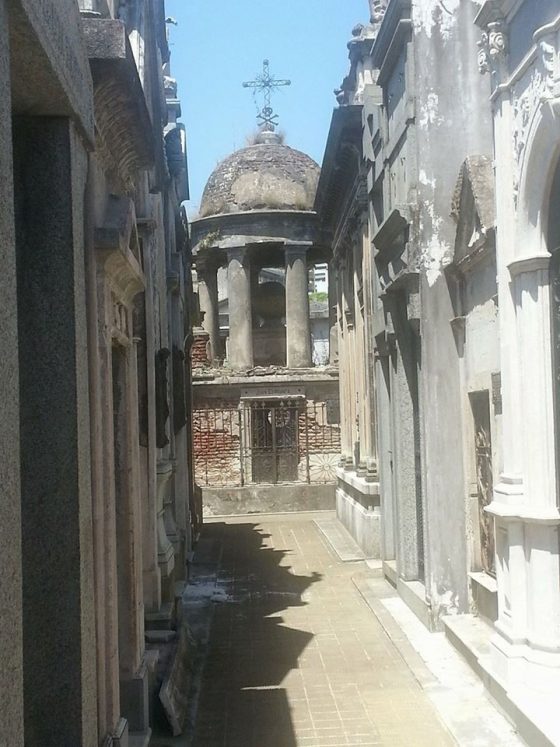 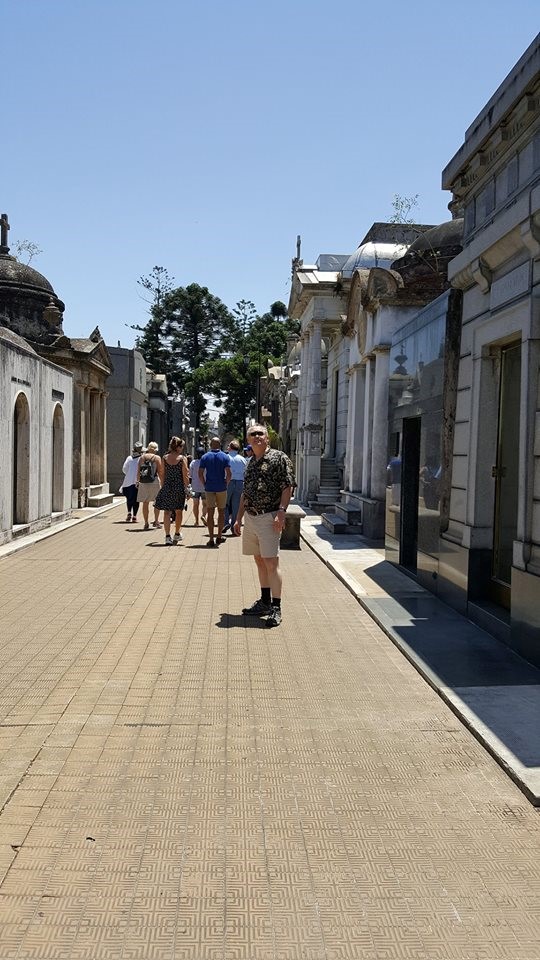 People do death in different ways (like the Mexicans and their Day of Death; or the Etruscan death feasts; Irish wakes; Maori tangis) and this is quite a good way to be buried I think.  It is very much like the Appian Way into Rome -reflecting the Argys love of Italian as well as French culture – where family mausoleums lined the main road into the city. Like the Romans the Argentinians are all about showing off and this is about family pre-eminence.

Some crypts are well maintained, others have fallen in to disrepair (as families become poor or no longer exist).  These can be bought and sold like homes or renovated and traded. That is only way to enter the cemetery (dead) or if you are a family member with an existing mausoleum. 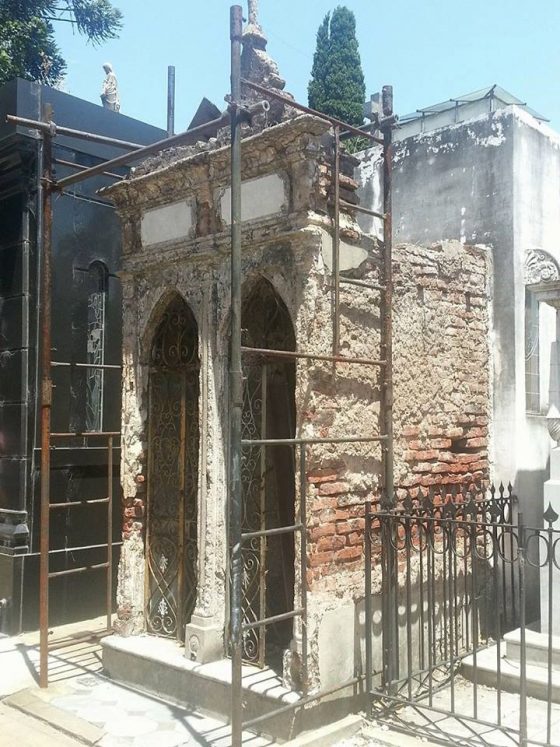 Above: disrepair and a Christian as well as Jewish crypt. People forget that all early Christians (including Jesus) were Jews at the same time and the first Christian church community was Jewish meeting daily in the Jewish Temple. 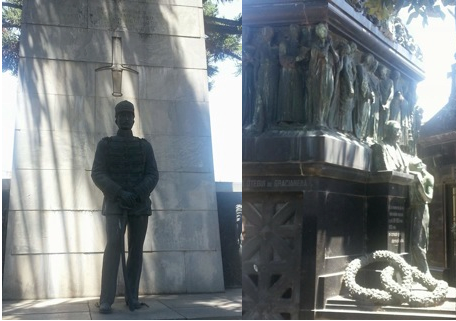 Above a chap over which hangs a Damocles Sword. Argentinian sculpture and statues are all about the military. Below: some cool bark on a tree outside the crypts. 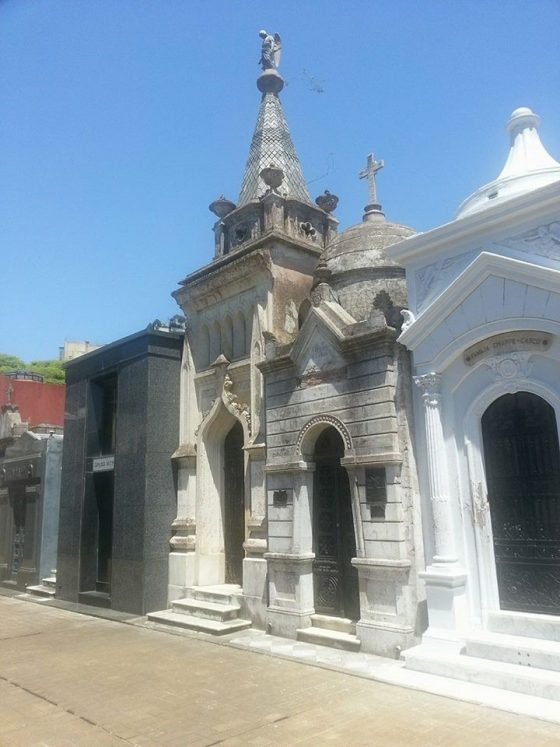 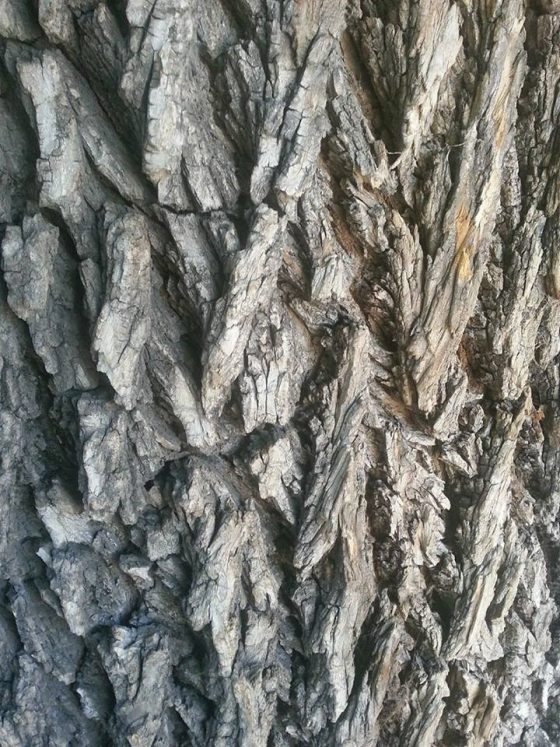 And below is Eva Peron (Evita)’s grave. This is the most visited grave and it is her family grave with other members of her family (her maiden name). It is quite modest and this is because it was here before she died at 33 of cervical cancer and Juan Peron re-married (twice). His third wife is still alive so there is no joint mausoleum to Eva and General Juan Peron. His third wife became President of Argentina and has the distinction of being the first President of any country in the world. She is now 85 and lives in Milan. 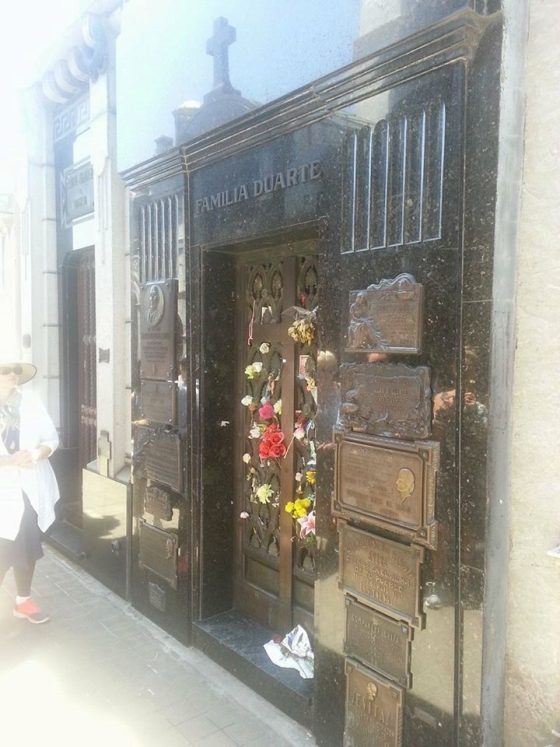 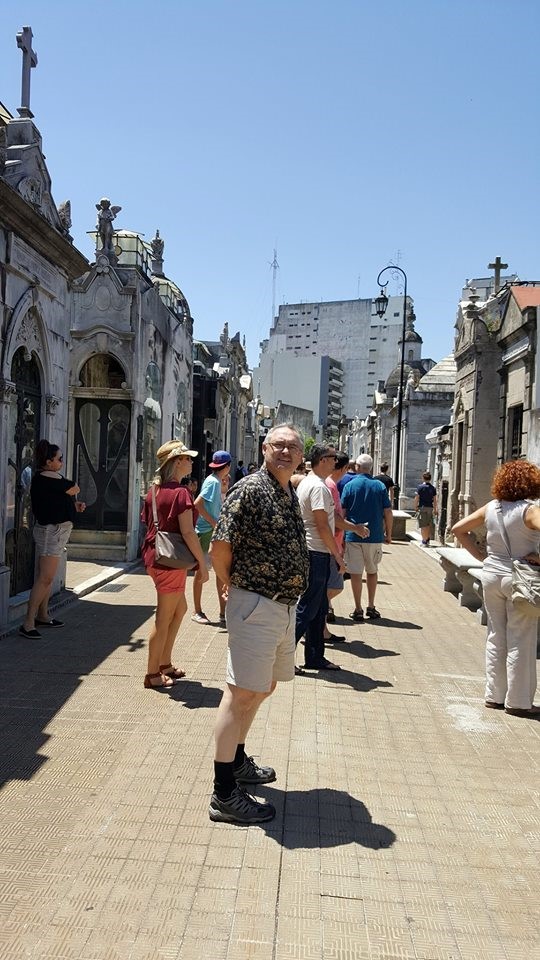 Nearby to the cemetery and tucked away in the suburb of Barrio Norte, Buenos Aires, is the beautiful bookshop El Ateneo Grand Splendid. This is a refurbished grand theatre so we walk there with a couple from the UK and browse the books – obviously mostly in Spanish but many English readers are scattered throughout. It is beautiful and the stage is a converted cafe. 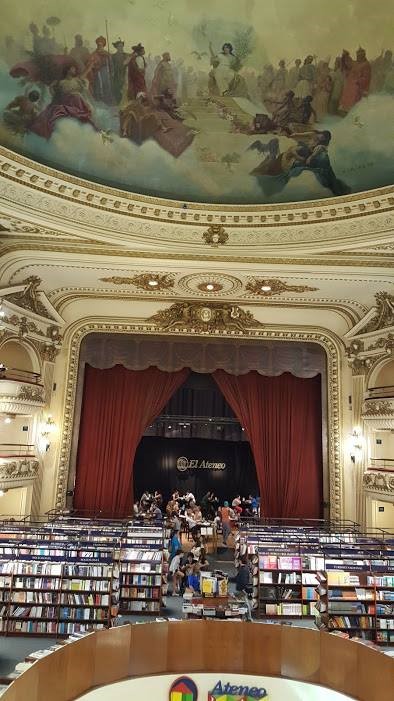 Tomorrow: the vibrancy of Buenos Arties street life and culture and The Tango.  ~ J.