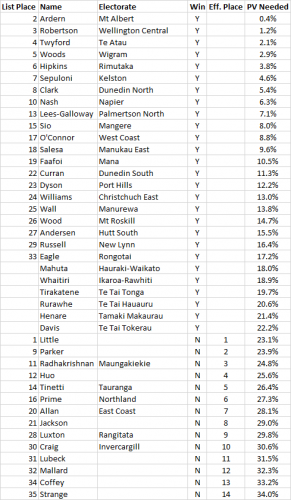 Labour have finally released their 2017 party list.  What I have shown above is the effective list, taking account of what seats they are likely to win.

If you assume they retain their current 27 seats, then they get their first List MP (Little) at 23%.

Willie Jackson will become an MP if they get 29%, around their current level of polling. Of course in the last three elections they have done worse at the election than their polling six months out.

Mallard only gets back in if they get over 32%.

So assuming they get 29%, who will be their new MPs: