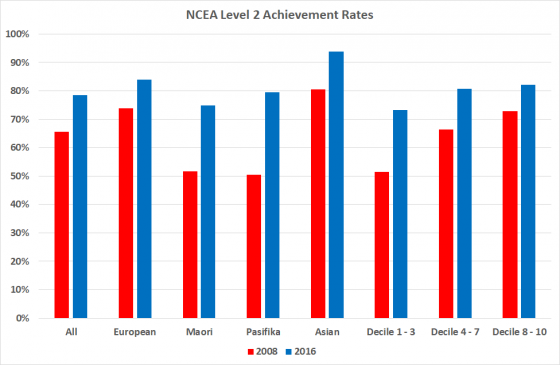 The biggest changes have been Maori and Pasifika students and those in the lowest decile schools.

If you don’t leave school with at least NCEA Level 2, then your options are very limited. The best way to solve inequality isn’t through tax and spend but by lifting educational standards of the most disadvantaged groups.