This is Part 5 of my family tree covering the Spiras, my father’s father’s mother’s family.

The first known Spira was Rabbi Kalonymous Spira who lived in Speyer (in Germany) from 1285. Spira was a common name in Jewish Europe.

Juda Spira (officially Haschman Leib Spira) was born in 1755 in Trebic (formerly Trebitsch), South Moravia. This is now part of the Czech Republic. He is my 5th great-grandfather. His first wife Slawa had five children, the eldest being Veit Spira. Susanna died in 1804 and Juda had a further four children with Rosel before he died in 1820.

Juda lived on Blahoslavova Street. He was a barber (at the time Viet was born) but also a shoemaker and a musician.

Moravia had harsh anti-semitic laws including a Familiant Law which forbade Jews from marrying without permission, in an (unsuccessful) attempt to keep their numbers to around 5,000. A new licence would only be granted when someone with one died, and they were restricted to eldest sons. The law was in place from 1726 to 1849.

A similar law required the Germanification of first names, hence Haschman had to become Juda.

Veit Spira, my 4th great-grandfather was born in 1774 in Trebic. He married Esther Gruenberger in 1799 and had six children with her. He died relatively young aged 44 in 1819.

Jacob Spira, the 2nd son of Veit was born in 1805 in Trebic. He is my 3rd great-grandfather. Jacob married Mariany (Sara) Prinz in 1849.  They had eight children. In 1868 they moved in Vienna and lived on Mariahilferstrasse. Jacob was a barley dealer and later a spodium maker. Spodium was a charcoal made from bone used in medicine. In Vienna he was a second hand goods dealer (a trodler) and later a merchant of a store. He died in 1876.

Philipp, Jacob’s oldest son, was born in 1837 in Trebic and is my 2nd great-grandfather. He was born out of wedlock as Jacob was not given permission to marry until 1849. So he was Philipp Prinz until he was 12 years old. Philipp married Rosalie Weinwurm in 1862 and moved to Vienna in 1865. They lived on Niemergasse and had nine children.

Philipp was also a trodler initially and in 1895 he opened an antiques store, the 2nd oldest one in Vienna. It was called Ph. Spira Antiques and located at Weihburggasse 20 . His grandson, Kurt, reopened the store after WWII and operated it for many years. Philipp died in 1919 aged 82.

One of Philipp’s sons, Fritz Spira (my 2nd great-uncle) was a theatre and movie star in Germany, Austria and Poland. He was born in 1873 and started his theatre career in 1899 and did 60 silent movies from 1910 to 1935. He was killed in 1943 in the Ruma concentration camp. His wife Lotte Andersen was also an actress appearing in 70 films. 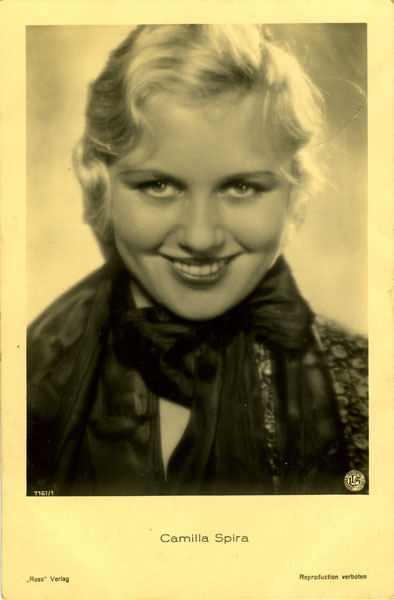 Fritz and Lotte had two daughters – Camilla and Steffie, who were also both actresses. Camilla appeared in 68 films from 1924 to 1986. She died in 1997 aged 91. Steffie (my 1st cousin twice removed) was born in 1908 and joined the Communist Party of Germany in 1929. She fled the Nazis (being a Jew and a communist was a very bad combination) and ended up in Mexico. She returned to East Germany in 1947 and appeared in many film and television productions in East Germany. 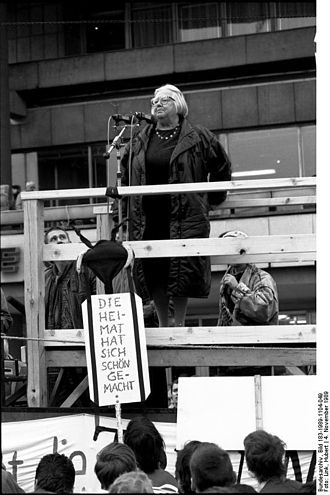 She was the final speaker at the Alexanderplatz demonstration on 4 November 1989 where she called for the East German Government to step down. It was the first ever privately organised demonstration in East Germany’s history and 1.5 million people attended. Five days later the Berlin Wall came down. She died in 1995.

Philipp’s 2nd oldest daughter Gisela is my great-grandmother. She was born in 1870 in Vienna and married Markus Feuer, my great-grandfather in 1895. They had three children – my grandfather Frederick (Fritz), and my great-aunts Hedwig (Hedi) and Margarete (Greta).

Gisela lived on Wipplingerstrasse in Vienna. On the 15th of February 1941 she was transported to Opole, Poland. Her prisoner number was No 93.  She was taken to the Majdanek or Lublin concentration camp and died there along with around 80,000 others.

Gisela was one of 70 members of the Spira family killed in the Holocaust. Around 140 survived including her son, my grandfather, who came to New Zealand.

Thanks to Art Spira in Canada for much useful information on the Spiras, through his book Making Us Proud: The Story of the Spira Family