William Auton my 6th great-grandfather was born in 1713 at Parkhouse Farm in Ripon and died in 1767 in Fountains Park.

Christoper Auton, my 4th great-grandfather was born in 1779. He married Elizabeth Leeming in 1805 and they lived in Yorkshire. He died in 1848 aged 69.

Their son Myers Auton is my 2nd great-grandfather. He was born in 1845 and married Anne Holdsworth in 1867. He emigrated to NZ in 1883 on the ship Crusader. They had 15 children. Two of his sons fought in WWI for New Zealand. He died in Canterbury in 1919 aged 73. 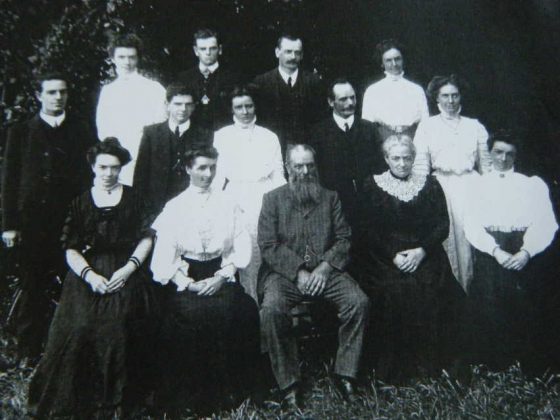 This is Myers and Annie and their children. 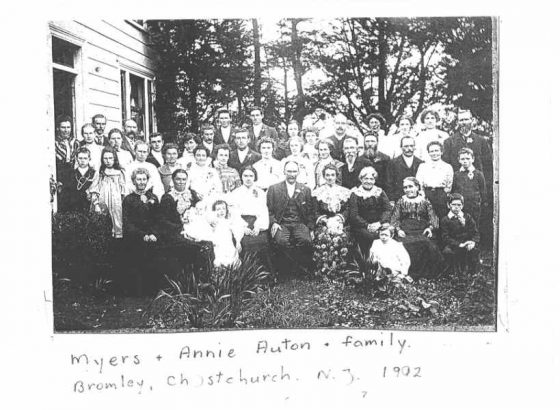 And a larger family photo of Autons and Storers at the wedding of Janey Auton and John Storer in Christchurch in 1904.

Myers was a farmer and a painter. When they emigrated to NZ they had six children aged under 10. I think they had sixteen children in total.

Hannah Auton, my great grand mother was born in Yorkshire in 1868. She married John Scott Milne (my great grand father) in 1893 and they had seven children together. She died in 1955 in Paraparaumu aged 87. 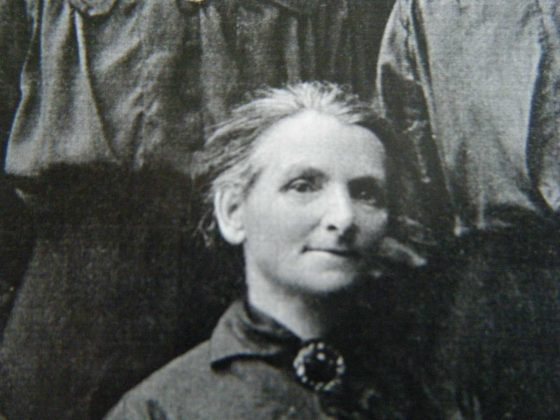 An undated photo of Hannah.

So on my mother’s side of the family I am part Newth, Milne, Clemens and Auton.

So three of my four maternal families were amongst the earliest families to emgrate to New Zealand. On my mother’s side of the family I am a sixth generation New Zealander.