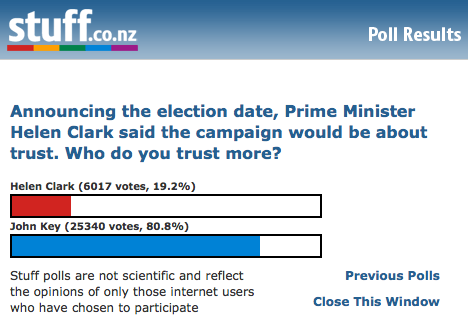 I got this from Whale Oil. I do not normally cover web surveys as they are unscientific with a self selecting response base.

However the sheer number of people who voted is noteworthty. Over 30,000 must be some record?