Stats NZ have released their monthly migration statistics. They note:

The above is all from the Stats NZ commentary. Now let’s look at some data over time. 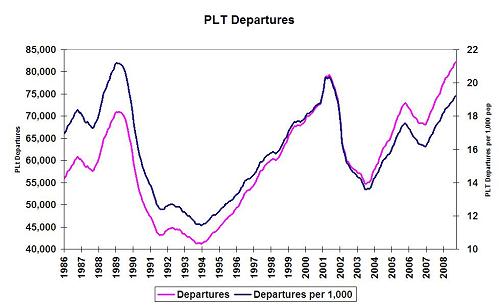 This shows that the number of permament and long-term departures is at an all time high. As a percentage of the population it is not yet at the peak but has climbed from 14 per 1,000 to almost 20 per 1,000. 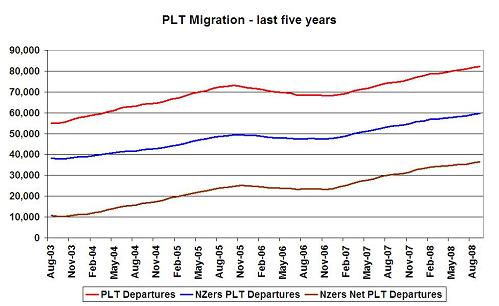 If we look at just the last five years – since the current trend began, we see a few things:

I don’t show the net PLT figures for all travellers as the rate of inbound migration of non citizens is decided by Government policy and can be set as high or low as the Government wants.