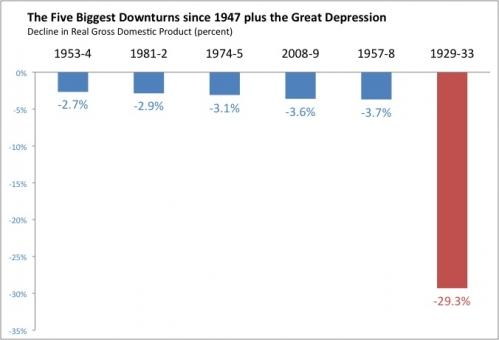 This graph was e-mailed to me, originally shown on Andrew Sullivan’s blog. It does put things into perspective.  It is presumably about the US economy.