For the second day in Maui we decided not to do an organized tour but just to hire a rental car, and see some of the best spots ourselves. It was a great decision as not only was it quite a bit cheaper, we had more flexibility, got to see more stuff and got to travel by car not bus. 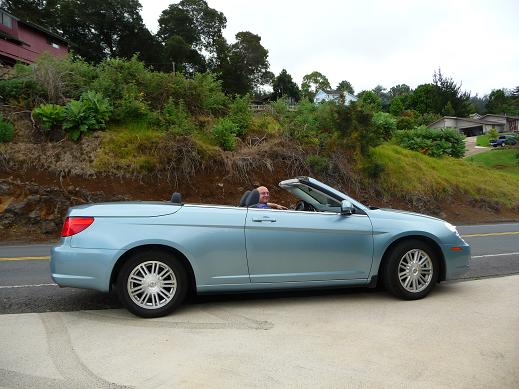 The rental car agency tried to get me to upgrade to a convertible for an extra $50. I declined, but then she kept lowering prices until it was only $20 extra for a convertible so we went for it. I have to say that Hawaii is the perfect place for a convertible – you just can not get cold and I love having the open air, the sun shining and the radio going.

The drive to the top of the Haleakala Crater is very steep and winding. You end up 10,000 feet above sea level.

Sadly the last few miles to the top saw us go into the clouds and at the top the visibility was crap. 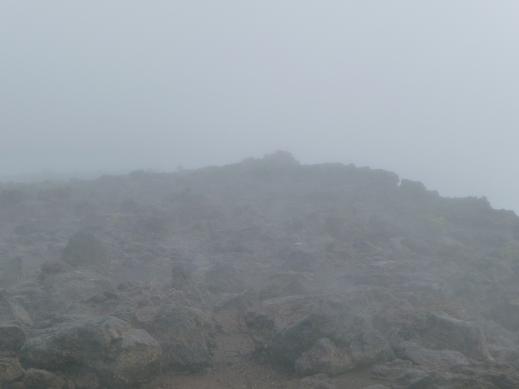 But just as we were heading down, the clouds parted so we did a u-turn and went back up. It was a good call as we then got much better views. 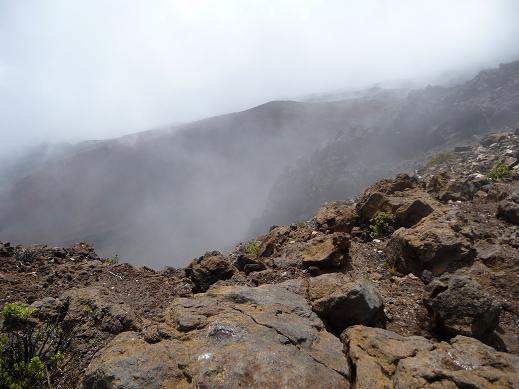 The crater is all rocks. It reminds me of pictures of the moon also. In fact I later learnt NASA used this place in the 1960s to train astronauts for moon landings. 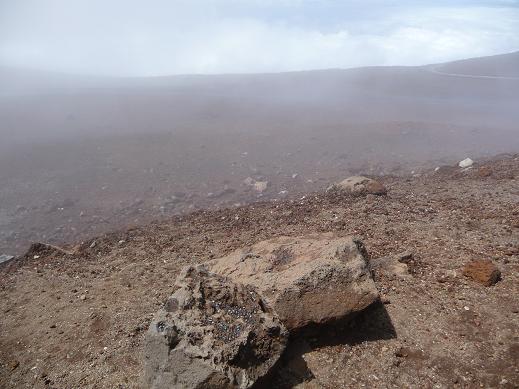 It is a huge crater – around 2,700 feet deep and with a circumference of 21 miles. Note is is only dormant not extinct! 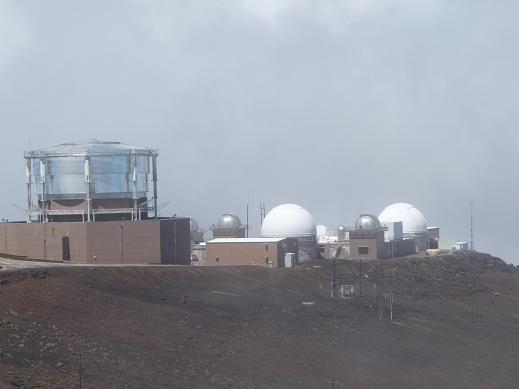 Almost a dozen observatories up here near the summit – a mixture of academic, NASA and military. This is meant to be the 4th best place in the world to observe space from. 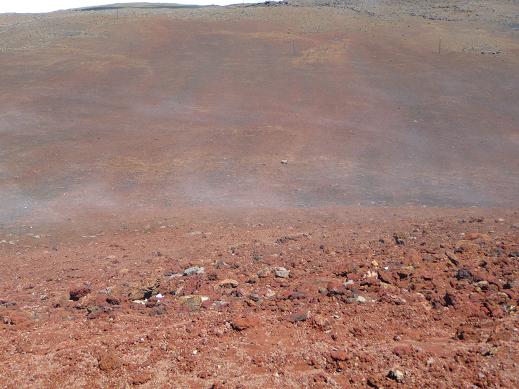 Maybe it is more like Mars than the Moon with all the red. This is a shot from the summit.

I really enjoyed the drive up – probably because I was driving and not stuck in a bus. And while not scenic in the traditional sense, it was fascinating to see the crater and the red rocks. Add on being 10,000 feet above sea level and I give it an B+. If the weather had been better might have been an A-.