The first place to see was the Blue Mosque, or more formally the Sultan Ahmed Mosque. Now sadly the photos are crappy one from the Blackberry as I left my camera in the taxi. Doh. I got a new camera on Day 2, so the photos will be better. 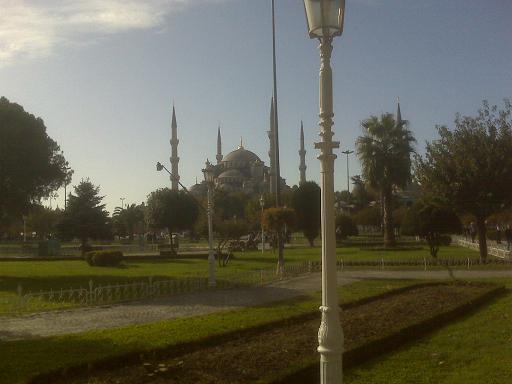 A photo from across the park. 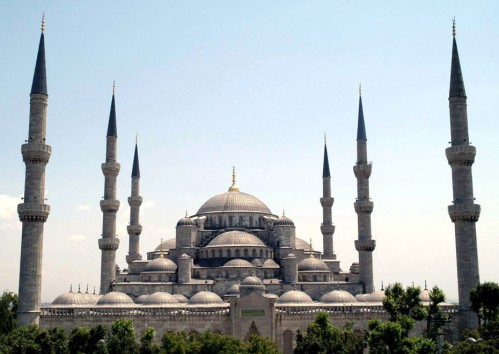 This photo (from Wikimedia Commons) far better captures its majesty.

A local insisted on showing me how to enter the Mosque (it is around the back) and he was quite helpful. He could tell I was suspicious though, as he kept saying he did not have a gun. As I suspected he met me when I came out and insisted I visit his shop one minute away. They sell carpets and had a nice silk carpet for just 1600 Euros for me.

Luckily I used my (not feigned) distress over my missing camera to escape sans purchase. 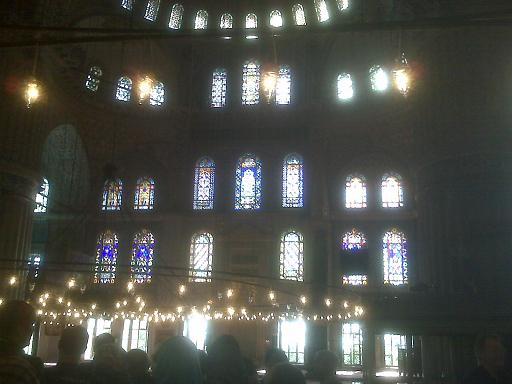 A very bad photo of inside, from the Blackberry. 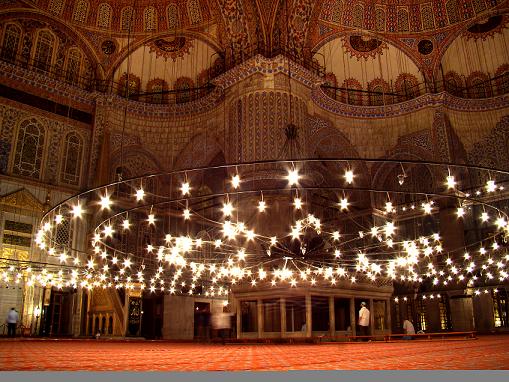 And again a far better photo from Wikimedia Commons.

There isn’t a huge amount to see in the Mosque, compared to other attractions. You tend to be in and out in well under an hour. It was an impressive sight to see, but not as spectacular as some of the others.