This was a must see for me. Not the beauty of the palaces or the mosques, but a real link to the past. 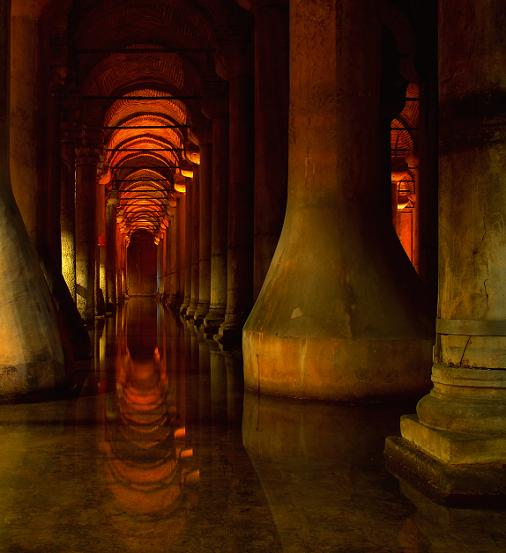 The Basilica Cistern was constructed in the time of Emperor Justinian I, around 1500 years ago. It is quite huge – over 100,000 square feet, and has 336 marble columns. It is dimly lit and very very slippery. So tread carefully. Photo from Wikipedia. 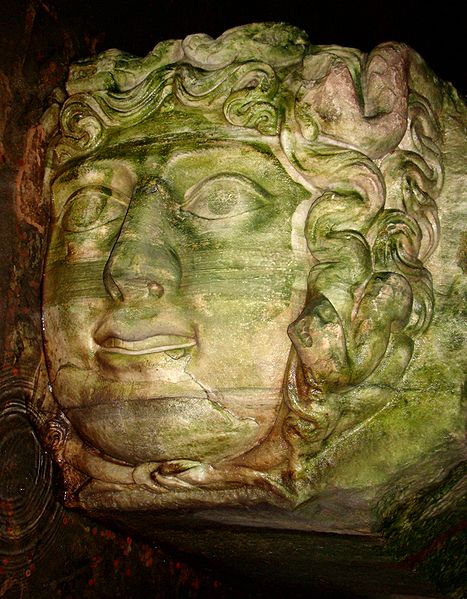 The highlight are the two columns with a Medusa head at their base. One is upside down, and one is on its side. They were only discovered in 1987 when a metre of mud was cleared out. As a long time fan of Greek mythology, I loved seeing an ancient carving. Photo from Wikipedia.

There is also a cafe in the cistern for those who want to dine underground and watch the fish swim about.