After Vienna, we drove across to Salzburg, for four nights stay there. The rental car was a Mercedes (it was upgraded gratis) and much of the route was an an auto-bahn, so I enjoyed the driving greatly. My parents may have different views 🙂 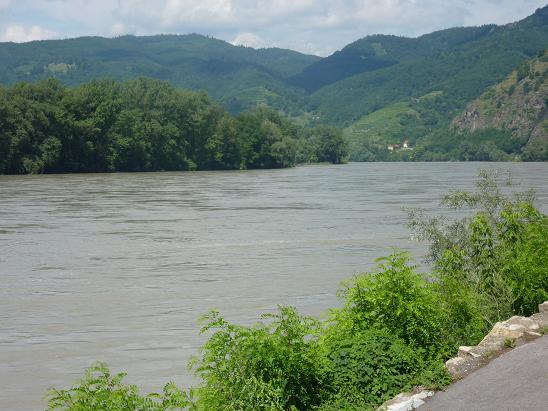 Around 40 kms are spent driving next to the Danube. This picture doesn’t capture it, but it is a beautifully scenic trip on a good day. Hugely popular with cyclists. 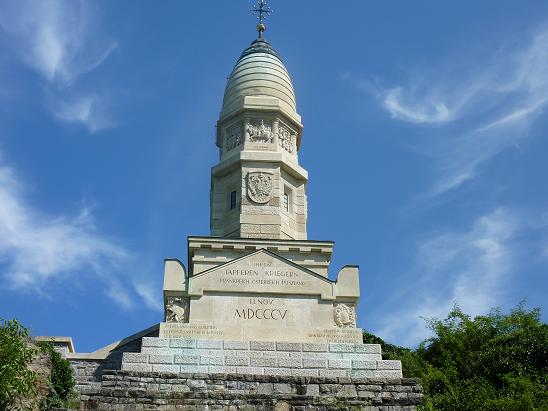 I had to get a photo of this memorial, as it celebrates their military victory over the French – in 1805. Beating the French always deserves celebrating. 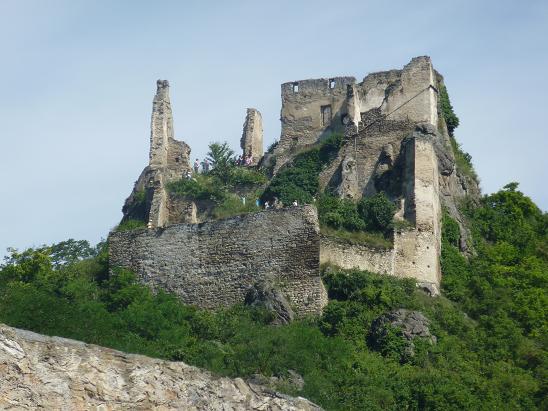 These are the remains of Dürrstein Castle, where Richard the Lionheart was held captive in 1192. 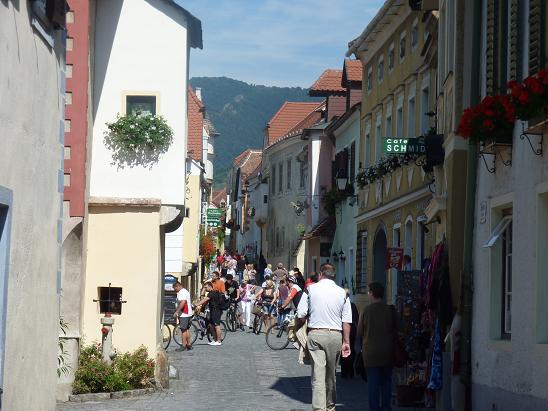 The main road in Dürrstein town. Austria has many small tons or villages like this. 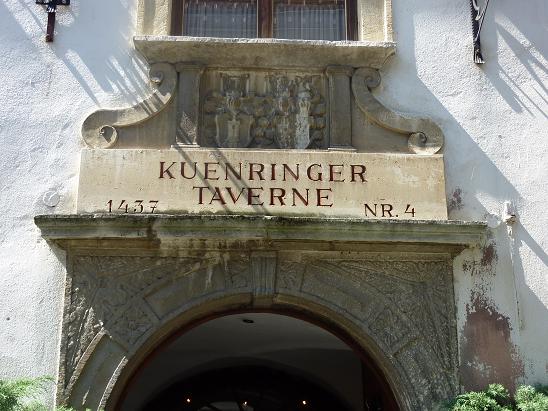 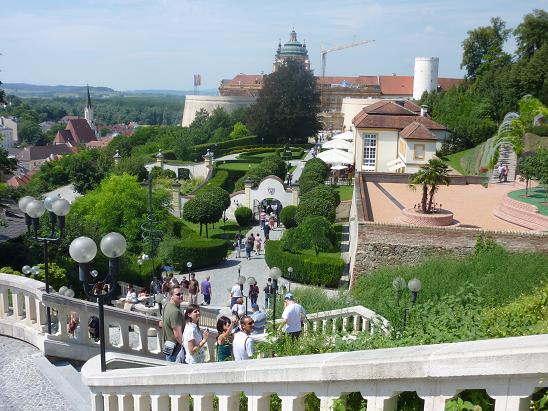 A highly recommended attraction is the Stift Melk, or Melk Abbey. It was founded in 1089, and the current abbey built in the early 1700s. 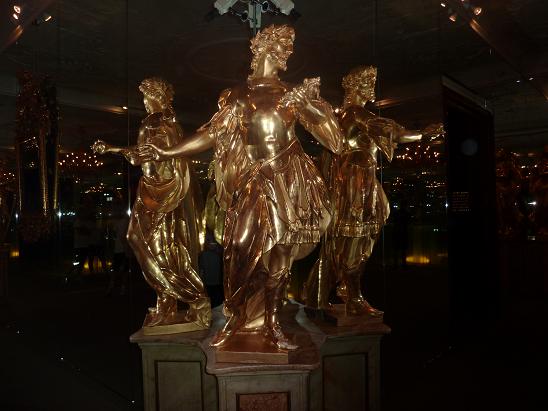 In one of the display rooms at the Melk Abbey, they had the mirror room, where you see each state in triplicate. 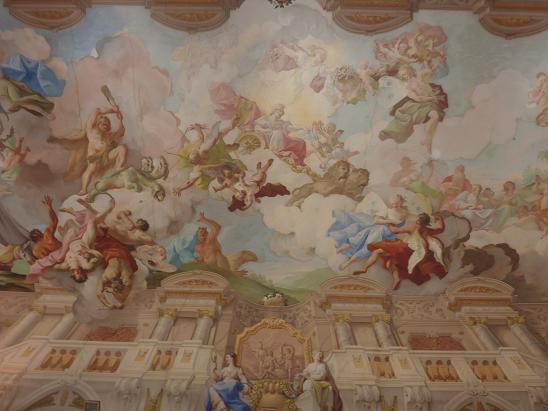 One of the many ceiling artworks. I got a sore neck looking at them all. 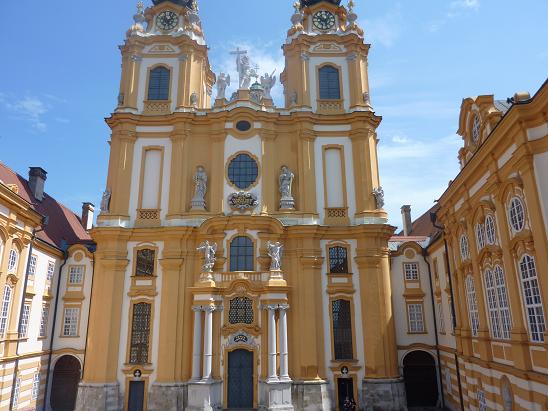 Part of the Abbey, from the rear. The architecture and colour is wonderful. 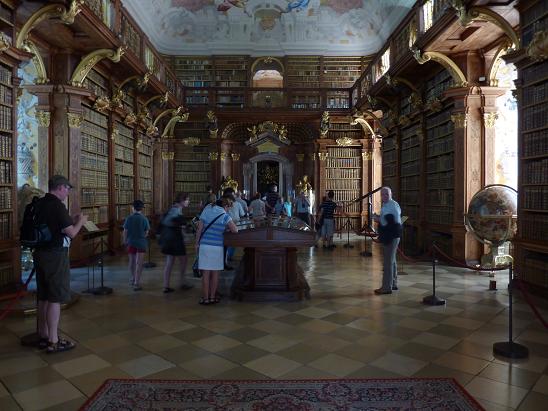 No flash allowed in this room, so you don’t see the gold covers on almost every book. It’s an amazing library. 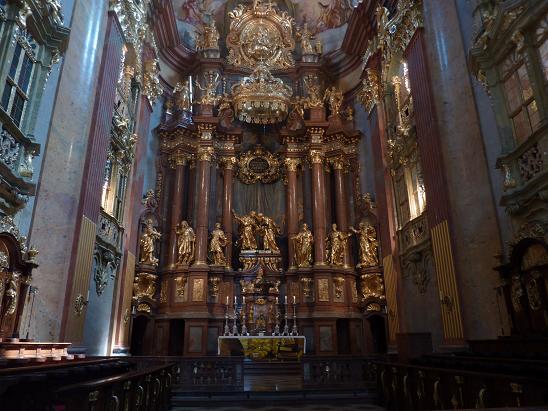 The church, in the abbey. There was enough gold in the room to solve NZ’s public debt! 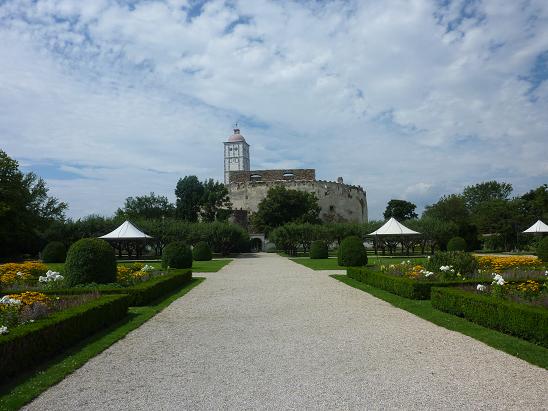 Also near Melk is the Castle Schallaburg – another popular place for tourists.