During the week we caught up with one of Dad’s old school mates. He went on from Wellington College to become the inaugural JRR Tolkien Professor of English at Oxford University. Normally I skip lunches with my parents’ friends, but I wasn’t going to pass up the opportunity to chat to him about Oxford, and Tolkien (whom he met). 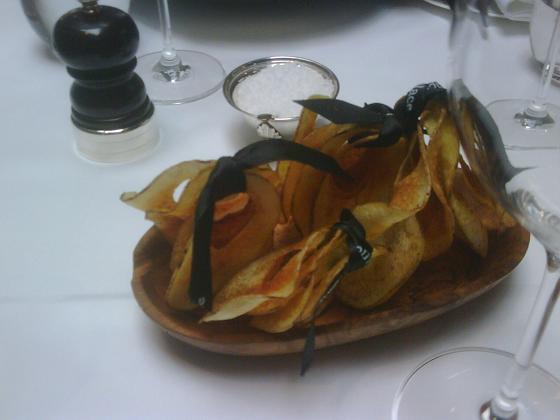 We asked for the apartment manager to recommend a nice place for lunch, and ended up at one of those very fancy Kensington cafes, where the food and the service are top class. As you can see above, they even tie bows through the potato chips! 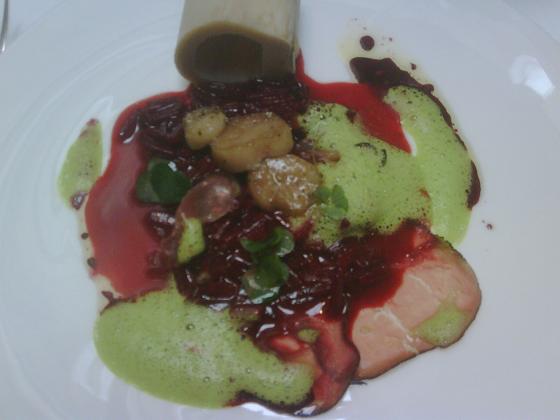 The food looked so ood I had to keep taking photos of it. Tasted great also. 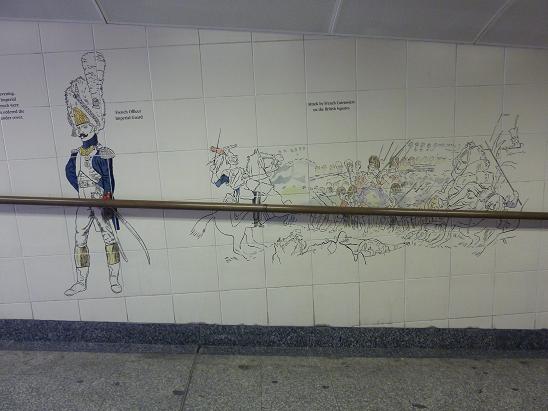 If you are in London, and have not done so, check out the Hyde Park Tube. Lots of these great sketches there. 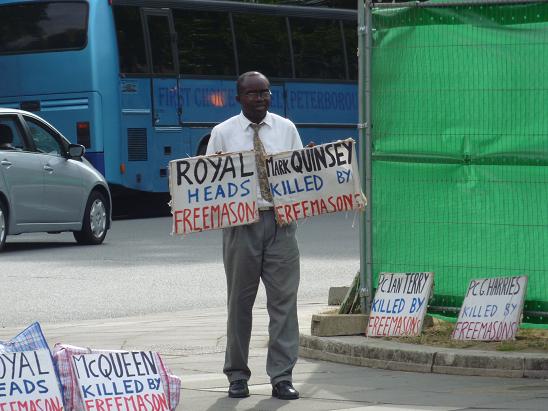 There are permanent protesters opposite Parliament, and they are often colourful, or just nuts – like this one. For the record I do not think the Royal Family or freemasons killed Mark Quinsey, but the Real IRA. 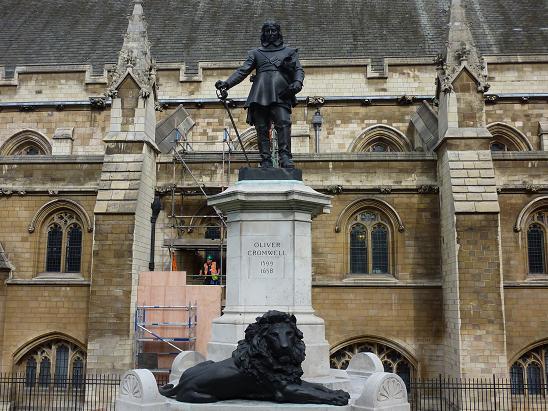 I’m a bit surprised that they have a statue of Oliver Cromwell up outside Parliament, considering his corpse was dug up, hung in chains and beheaded. Plus the Irish basically hate him as he killed lots of them, and sold 50,000 more into slavery. 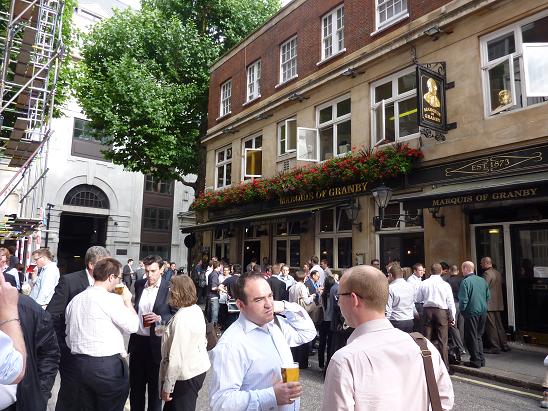 Got invited to the Marquis of Granby for leaving drinks for a staffer from Conservative Central Office and had a fun time catching up with some old friends, and meeting some more staffers from CCO.

I love how in London the licenses allow people to drink outside on the street – you get more people drinking outside, than inside.

Also had a good catchup with various blog people at the Southerner – my only regret was I could not stay long as I had a bqq to attend also.

On Sunday, we flew out from Heathrow to Vienna.