Sunday was a glorious today. We did nothing. Often when I am on holiday, I try and fit heaps in, on the basis I may not be back for a while. This can sometimes mean you finish the holiday more tried than when you started.

So Sunday consisted of mainly drinking in the apartment, with the occassional meal break. Superb.

Monday we went down to Circular Quay, as we had a lunchtime cruise planned. We had some spare time, so decided to visit the giant rugby ball. 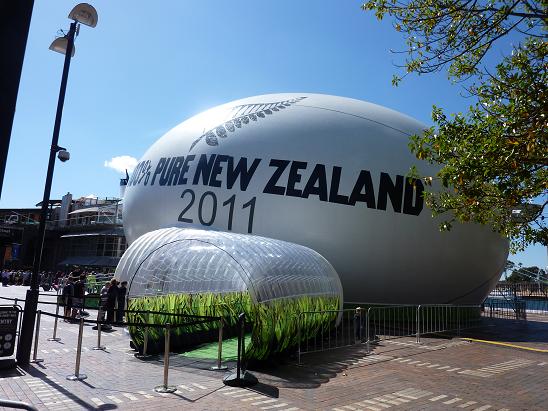 The inside is set up Kiwi style, with a bar, stools, couches and can hold 150 at a time. Then the interior interior becomes a stunning video. You get to see a giant Umanga pick up the ball and kick it, some stunning NZ scenery etc. If the rugby ball comes near you, definitely go see it. Aussies were leaving it, and going straight to the RWC ticket box. 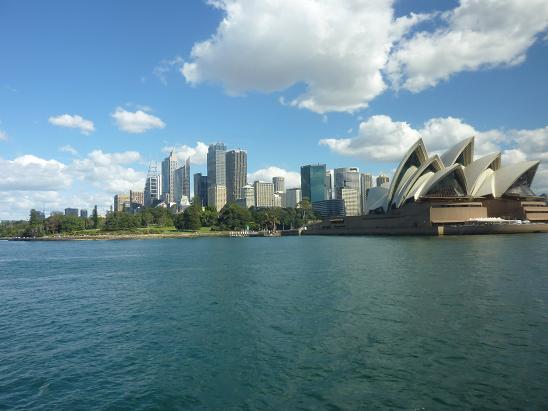 The botanic gardens and Sydney Opera House. I do regard Sydney as having the most spectacular harbour in the world – partly because it is so huge. 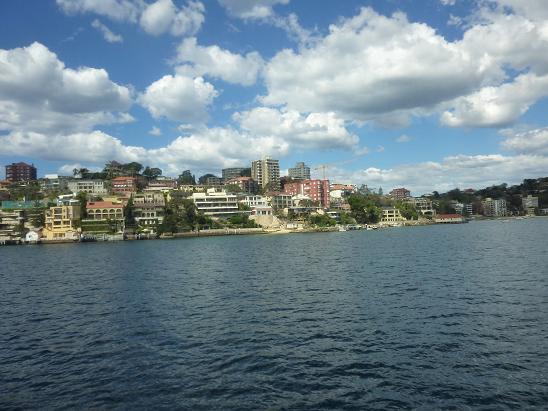 This is the most expensive real estate in Australia. You couldn’t buy any of these places for under A$20 million. 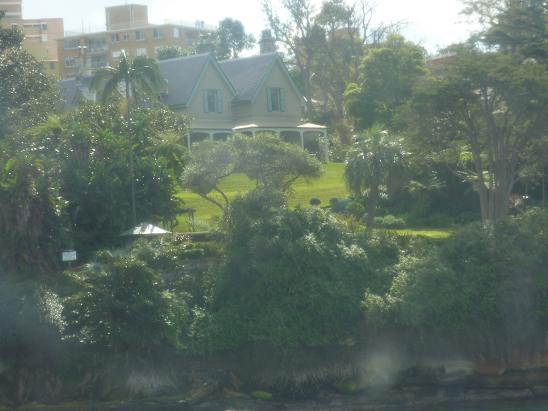 Kirribilli House, the Sydney residence of the Prime Minister. I’ve been there, and it has a premier view of the harbour. Some PMs have been criticised for spending so much time here, rather than at The Lodge in Canberra. But really why would you spend more time in Canberra than you had to, especially with this waiting for you? 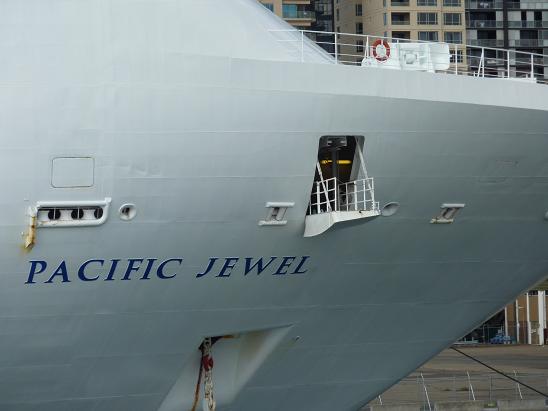 This just amused me. I’m sure it is a breach of some OSH regulation. 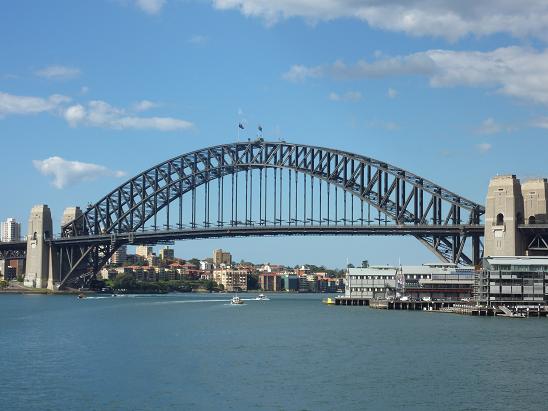 The bridge that needs no introduction. 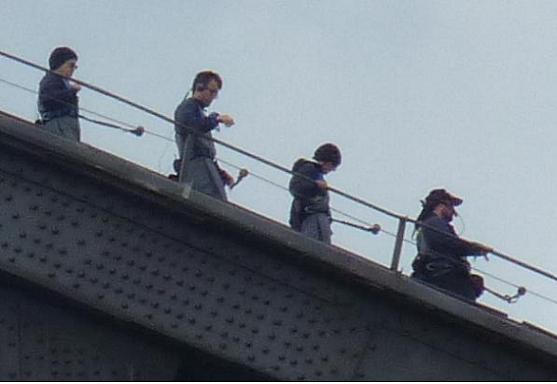 The 12x optical zoom actually worked very well in snapping these folks walking over the top of the bridge.

The cruise lasted two hours. We had an open bar package, which provided some unhealthy incentives. By the end of the cruise I was almost in favour of banning them.

Met up after the cruise with Paul W – a fairly regular commenter here, whom I hadn’t seen for over a decade or so. Enjoyed a wide ranging chat.

Then went home and drank lots of water.