STV is very different to all the other electoral systems in the referendum. All the others have one MP per electorate, and some have List MPs on top of that.

STV has multiple MPs per electorate, and no List MPs. It is reasonably proportional, and all MPs are voted in directly by voters, rather than through party lists. That’s one of the reasons I like it. I think MMP gives party leaders far far too much power.

It is difficult to sum STV up in a couple of paragraphs, so what Stephen Russell has done is model what might have happened in the 2008 election under STV. His full paper is embedded at the end of this post. 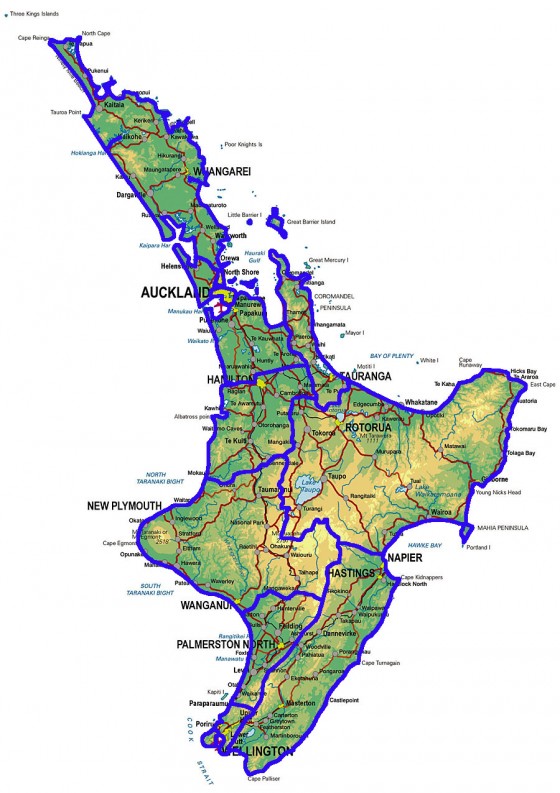 Each electorate would have 3 to 7 MPs in it. Now yes the electorate boundaries are bigger than under MMP, but access to an electorate MP would be easier, as you would have 120 of them., not 70. And they are all of equal status. Even better, almost all seats will have a National and a Labour MP, so if you want you can choose which one you see. And where a party has multiple MPs per seat, they will probably locate them at different ends of the electorate. 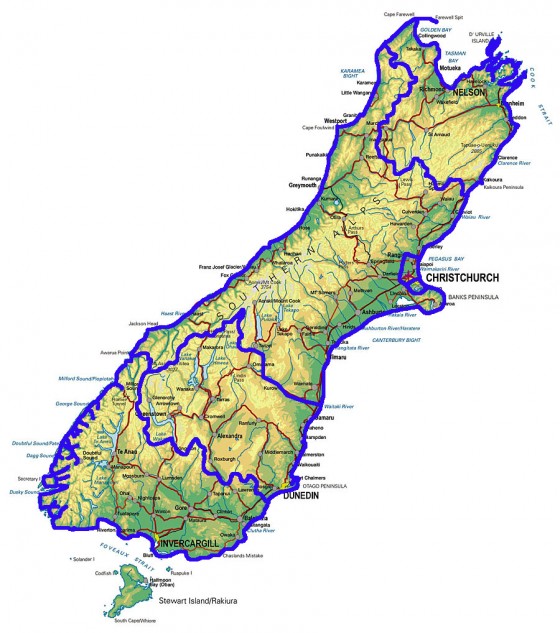 You can click on an image for a larger version. 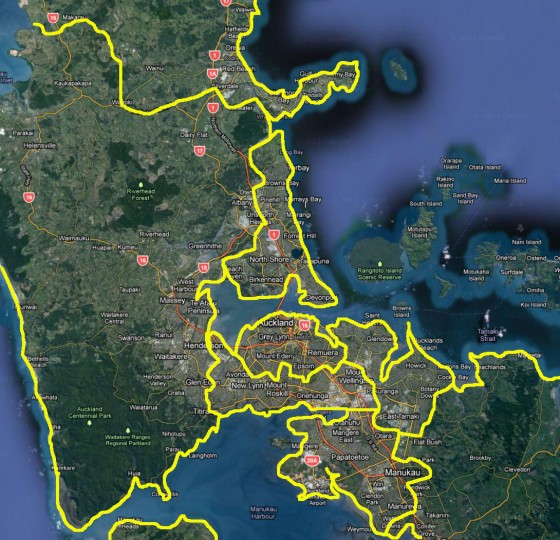 And this is the modeled boundaries for Auckland under STV.

So what would the results be? The paper has all the assumptions over how preferences would flow.

The Gallagher Index (which measures proportionality) is:

Now on this scenario (and that is all it is), National actually ends up worse off. Their number of seats is the same as under MMP, but Labour gets five more seats. National/ACT/United would be 60/120 seats so the Maori Party would have held the balance of power.

Stephen has also done a quick analysis of the 2005 election, and estimates it s outcome under STV would be:

That would again give the Maori Party the balance of power.

I tend to think that the minor parties would do a bit better under STV than this model shows. Stephen has modeled that 45% of National voters would make Labour their 2nd choice, and I think it would be lower than that.

Overall a very interesting look at how STV could work. Like I said, what I like about the system is that it is both roughly proportional, and that all MPs are elected directly from the voters. This should encourage higher quality candidates. If (for example) Labour wants to win that third seat in One Tree Hill, they won’t be putting up a union hack who doesn’t even live there – instead they’ll be putting up someone known in their local community who has the ability to attract the extra votes needed.