Buried in their health policy is confirmation that Labour will bring in minimum pricing for alcohol. Lianne Dalziel has twice said in Parliament that it should be at least $2 a standard drink. These posters hence reflect the minimum alcohol will cost under Labour – it might be even more than that. 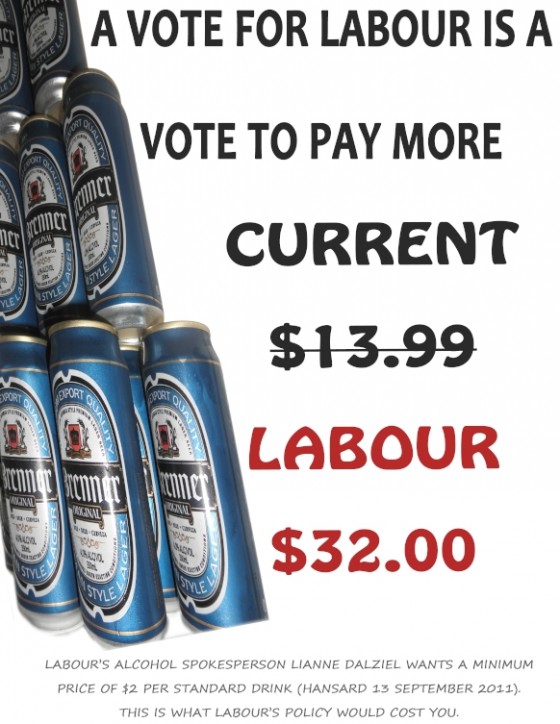 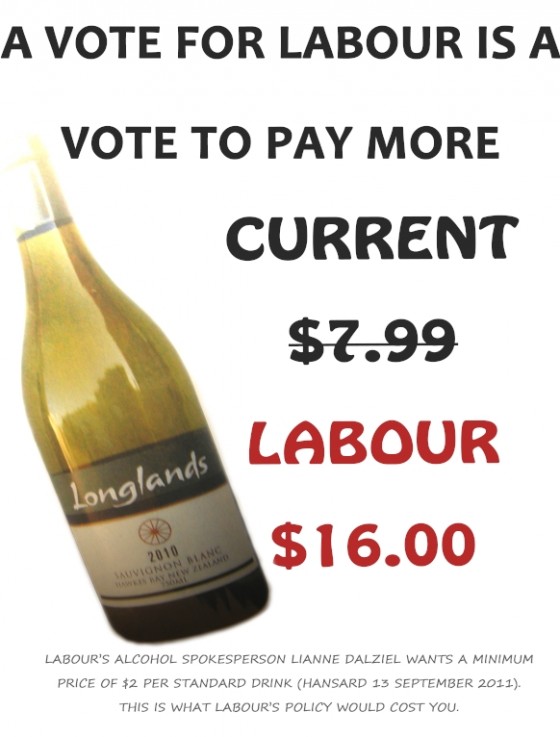 If you decide to stick these posters up anywhere, make sure you stick an authorisation statement on them, as they would then be an election advertisement. While they are on my blog, they represent my personal political view online and are exempt.

They would look very good on university and polytechnic campuses, and in supermarkets and bottle stories I reckon!

If people thought Labour’s 1958 “black budget” was bad, wait until their 2012 budget if they win. The black budget only doubled the tax on alcohol which put prices up around 30%. Labour’s policy would see the price of many forms of alcohol actually double in price!!