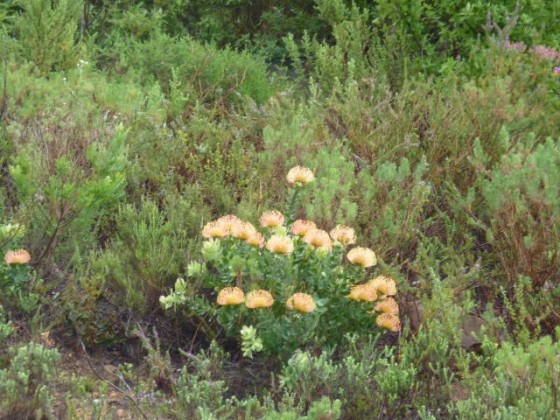 These are protea, the national flower of South Africa, which is where I am. 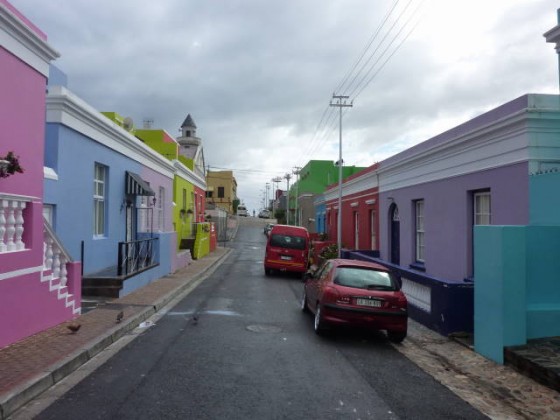 This is a photo of the area that used to be called the Malay Quarter. Slaves from Indonesia and Malaysia were brought here by the Dutch East India Company. The houses are all similiar style here, and as slaves often could not read, they were painted very distinctive colours so they could recognise which house to go to! 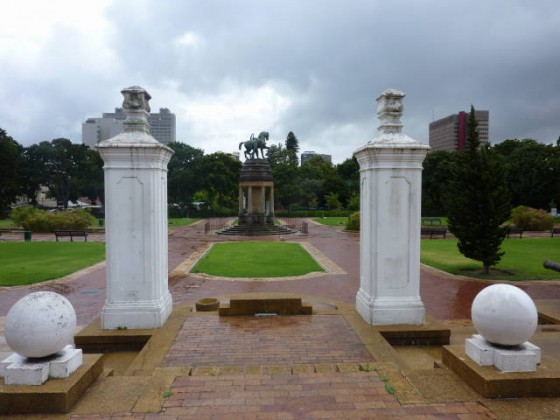 This is one entrance to the “Company Gardens” which were created in 1650 by the DEIC. 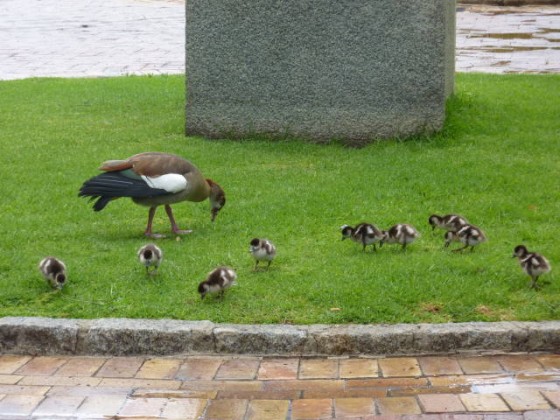 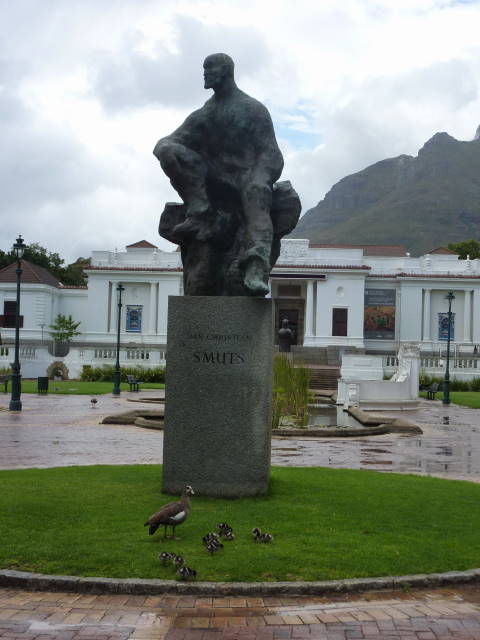 Jan Smuts was Prime Minister of South Africa from 1919 to 1924 and 1939 to 1948. He was the only person to sign the peace treaties ending WWI and WWII and also to sign the charters of the League of Nations and the UN. He wrote the preamble to the UN Charter. 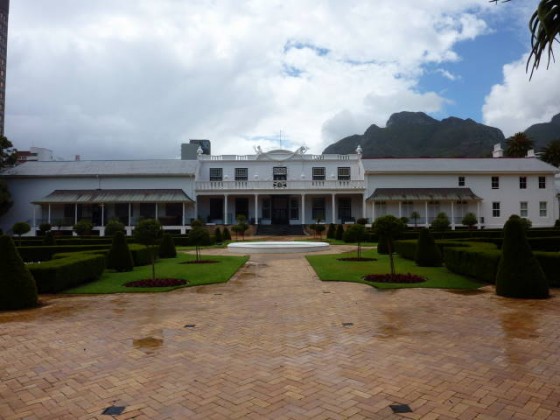 This is the Cape Town office of the President of South Africa, Tuynhuys. 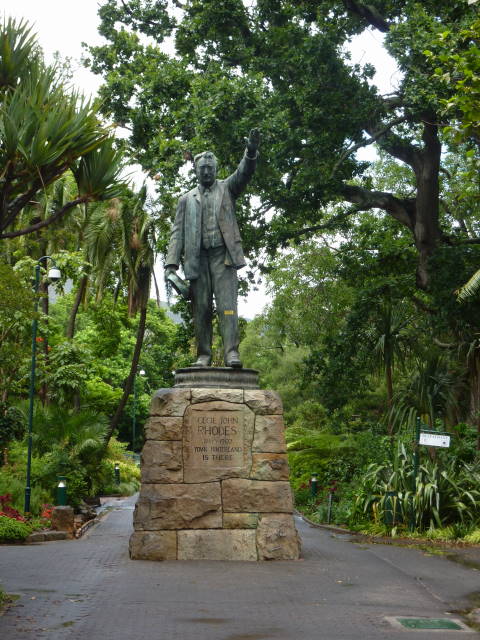 Cecil Rhodes, the founder of Rhodesia and De Beers. Many New Zealanders have got to study at Oxford through a Rhodes Scholarship. 7,000 students have gained one since 1902. Eligibility is restricted to former British colonies, the US and Germany. Only three NZers a year can be selected. 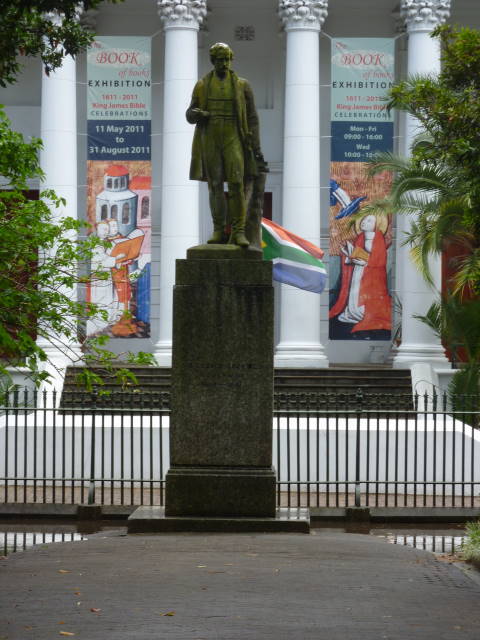 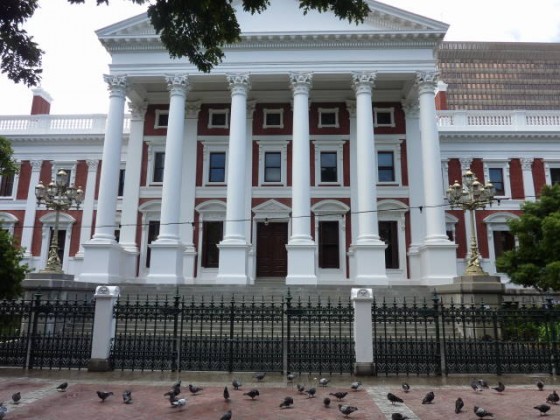 This is the Parliament of South Africa. Cape Town is the legislative capital, Pretoria the administrative capital and Bloemfontein the judicial capital.

Why is it Parliaments are always surrounded by pigeons? 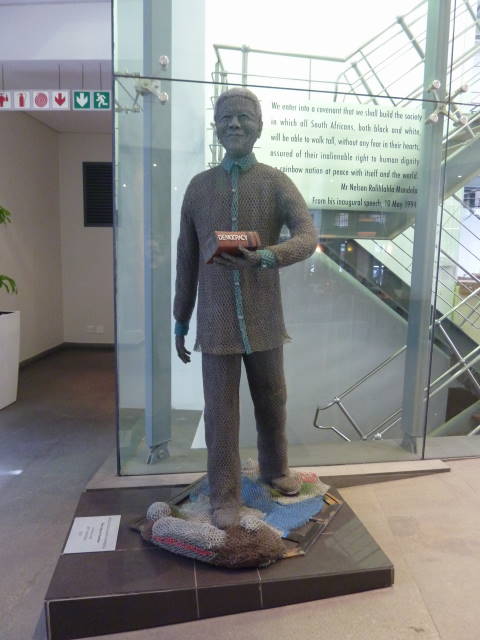 This statue is at Mandela Rhodes Place, and is made entirely from chicken mesh wire. 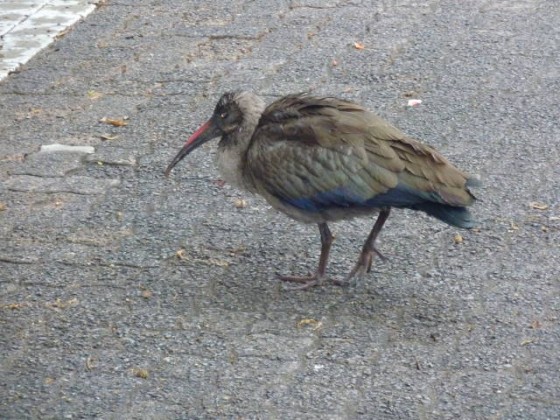 One of the many birds around. 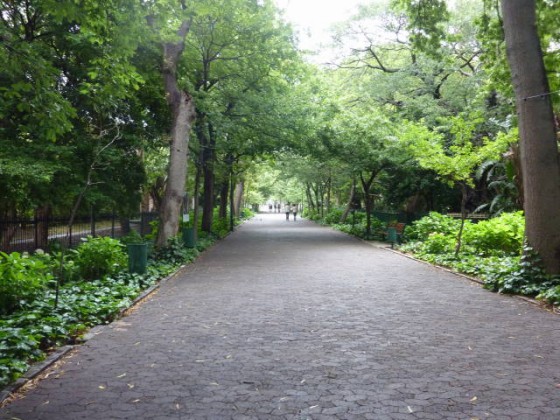 This is known as the administration street, running next to the gardens, and linking up the Presidential office, the Parliament and various museums. A lovely area to walk around. 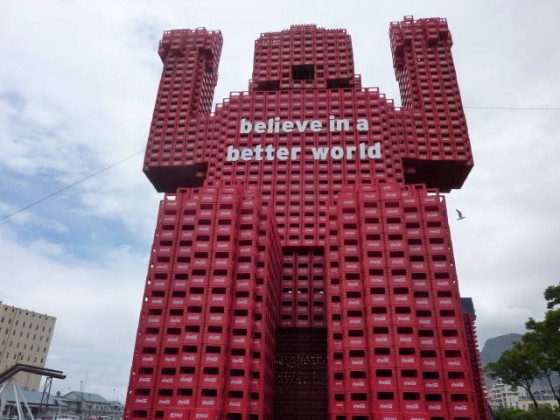 This is back at the waterfront, where I am staying. To celebrate Coke’s 100th anniversary here they constructed this from recycled coke crakes. 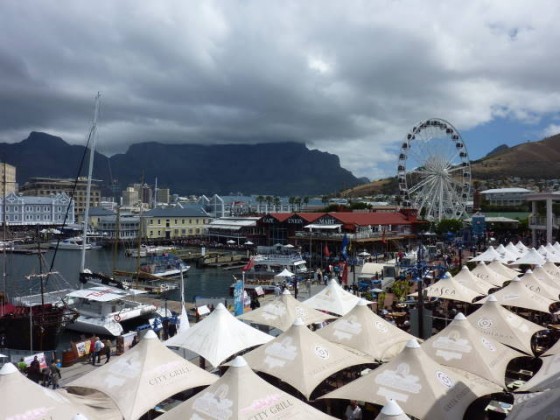 The view from the restaurant at the Victoria & Alfred Waterfront where I had lunch. Was an atypical cloudy day for this time of year, but still some good views with Table Mountain in the background. 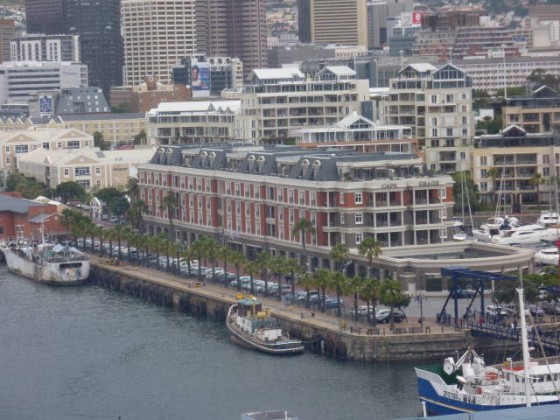 This is the Cape Grace Hotel, where I am staying. Highly recommended. The location is first class, the service excellent and the rooms are magnificent. 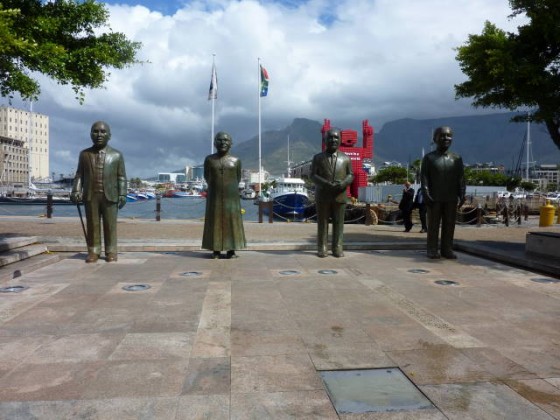 Statues of South Africa’s four nobel peace prize winners. Three of them are well known – Nelson Mandela, F W De Klerk and Desmond Tutu. The first winner though was Albert Lutuli in 1960. He was the first person to win it from outside Europe and the US. 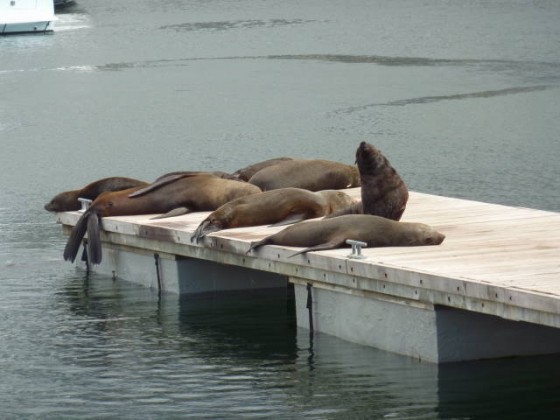 These guys are just enjoying the sun. They seem to regard the jetties as belonging to them, as several of the jetties have seals sun bathing on them, or swimming next to them. I can see them from my hotel room which is amazing.