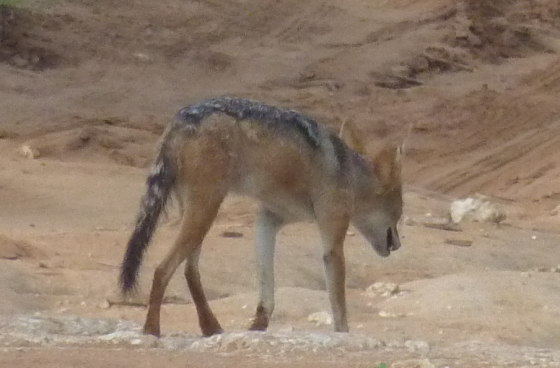 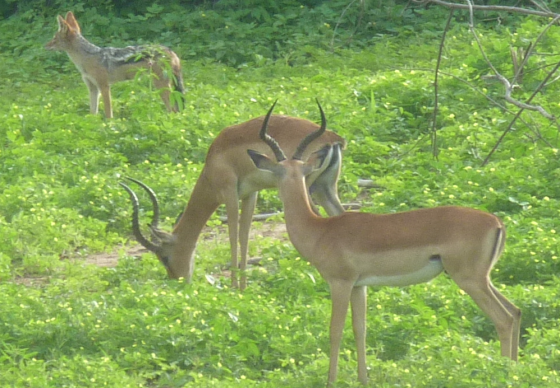 You can see the jackal behind the impala but the jackal is too small to threaten them so they just ignore it. 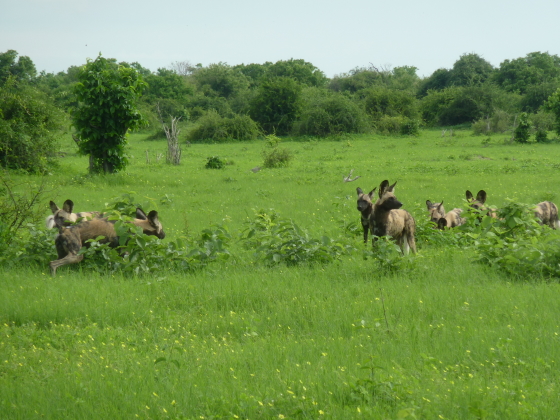 I’ve been very lucky. It had been five months since they saw the African Wild Dog at Chobe. I thought I was lucky seeing three of them at Kruger, but here we saw a pack of 18 of them. Fabulous. 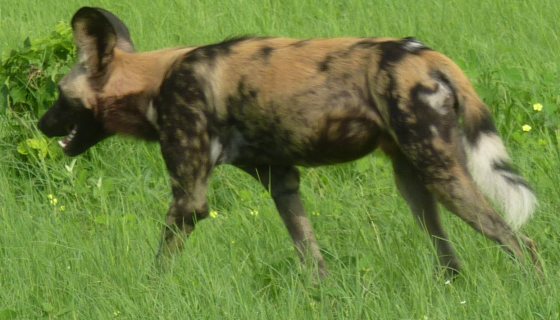 I love their colouring. 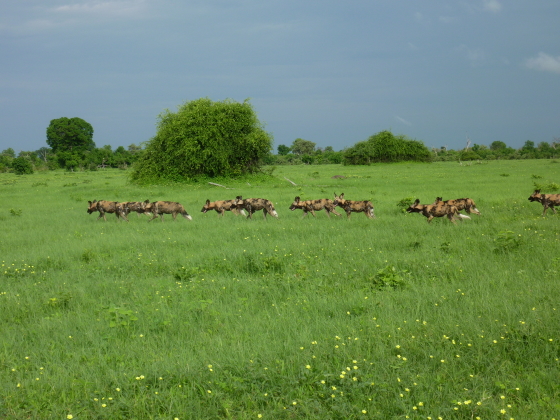 You can see them moving out here.

The next day we got lucky again – we saw some impala running silently and quickly. Our guide had told us that when chased by lions or leopards they will run and make noise as the lions and leopards like stealth and will give up after a while. If you see them running silently then it is probably being chased by wild dogs, and it was.

You can’t see it here but they have just killed an impala. I’d say it was dead within 10 seconds. The pack just savaged it. 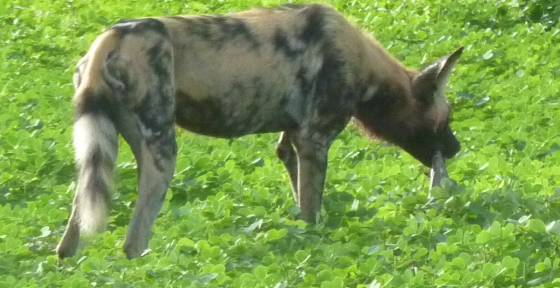 Within probably 90 seconds there was nothing left. You can see one of them here with a bone – they literally tore it to pieces. 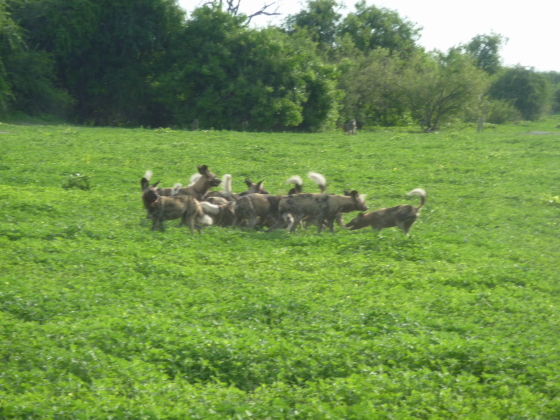 Around half an hour after that kill by the adults, the younger dogs got an impala also. Here they can’t actually tear it apart so they all sit around eating it. Was a bit gruesome but fascinating. 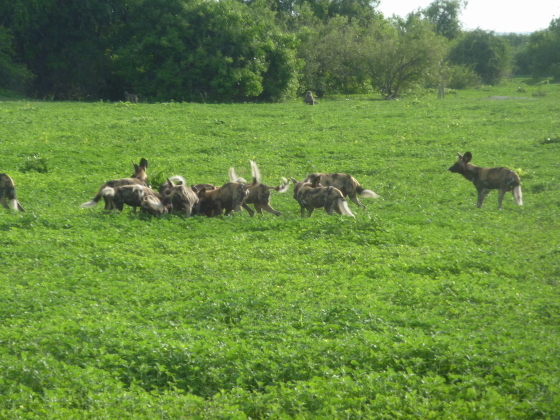 Another shot of them after the kill. I’d love to bring back to NZ a pack of 18 African wild dogs and buy a house next dooe to a gang hq. The next time one of their pit bulls bites a kid, then let lose the pack! These dogs don’t attack humans and only attack for food.