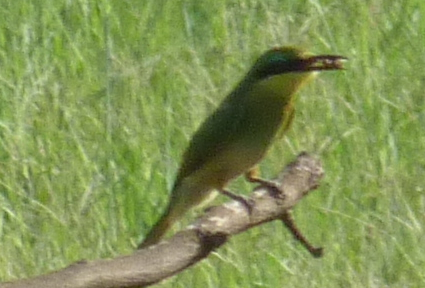 Another new bird, we had not seen before. 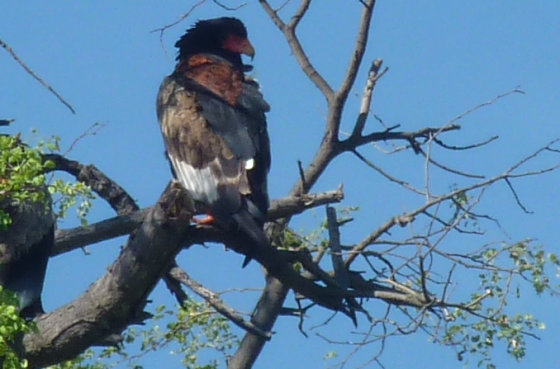 This large feathered beast is another type of Eagle. I would not want to get into a fight with one! 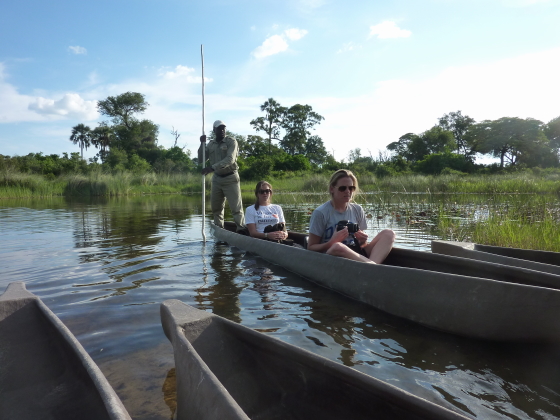 That afternoon we headed out back onto the delta. But rather than being in the relative safety of a motorboat, we were in traditional African canoes, called mokoro, where your method of locomotion is punting sticks. 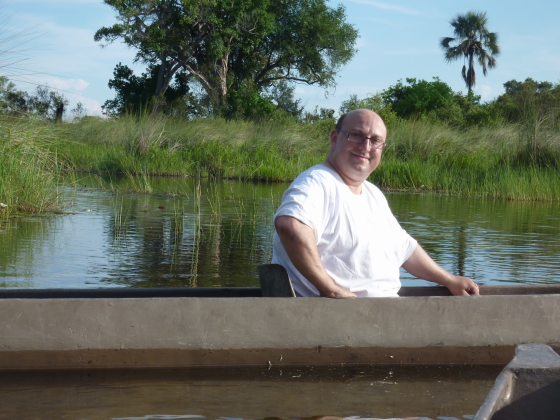 Me pretending to be relaxed as we headed out. I wasn’t worried about any crocodiles as in theory they can’t jump up and get you unless you hang your arms over the edge, but the hippos are a major concern. Just two months ago a guide was almost killed by a hippo after it attacked them.

The trick is to not get close to them, as they can move a lot faster than you in the water. They are aggressive beasts, and are credited with killing more people than any other animal in Africa. 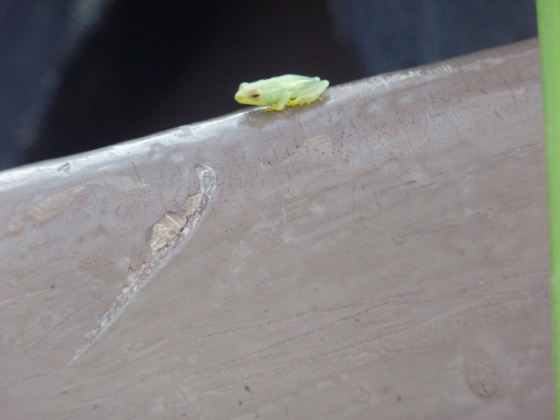 This frog is tiny – this is taken at close range with 12x zoom. It is smaller than a finger nail, yet can make quite a noise. 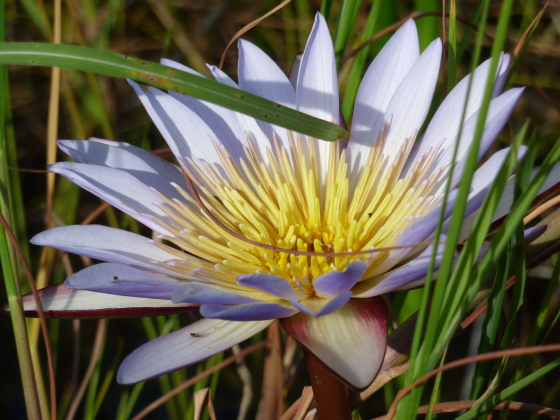 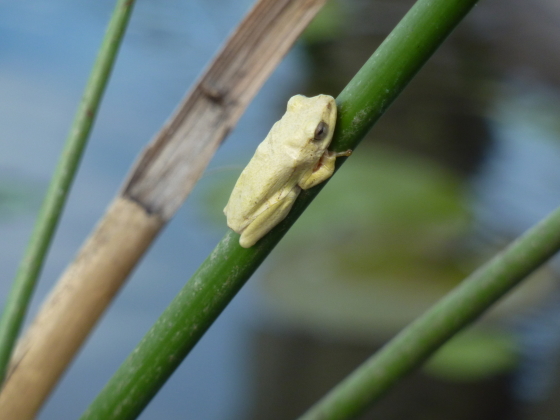 This frog is slightly larger and more yellow than green. Still less than twice a finger nail in size. You find them on the reed stems. 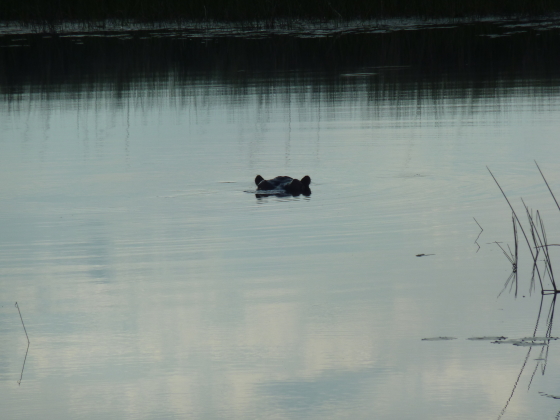 Oh dear. They were hoping we would encounter no hippos, but this hippo was directly ahead of us, in the middle of the waterway we needed to go down. The lead boat, which was a guide only, spotted it at the same time as we did. I started to get nervous when my guide took us ahead of the lead boat to observe the hippo better. We were still a few score of metres away, but I was definitely getting bloody nervous as there was no land mass close to hand.

After around a minute the hippo submerged and we could tell from the bubbles it was heading towards us. I was much relieved when we decided to go back to the launch area and call it a day. Hippos move far faster than mokoro. 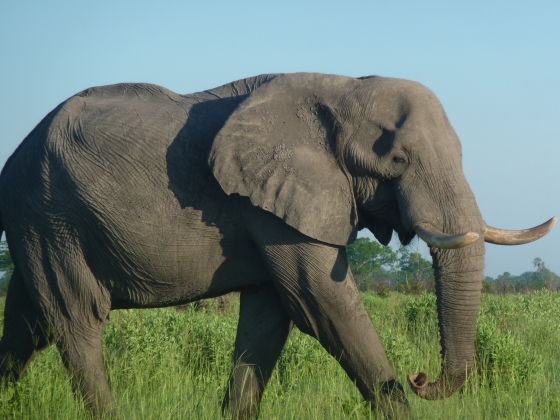 On the way back to camp we saw one of the largest beasts – a well tusked elephant. 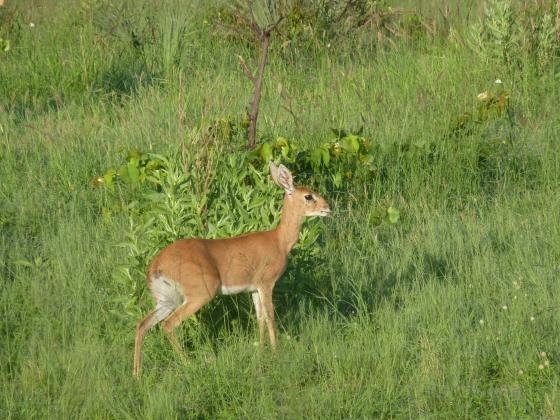 And one of the smallest – a steenbok. This is a fully grown one. I guess lions see them as a plain hamburger, compared to say impala which is more a quarter pounder. 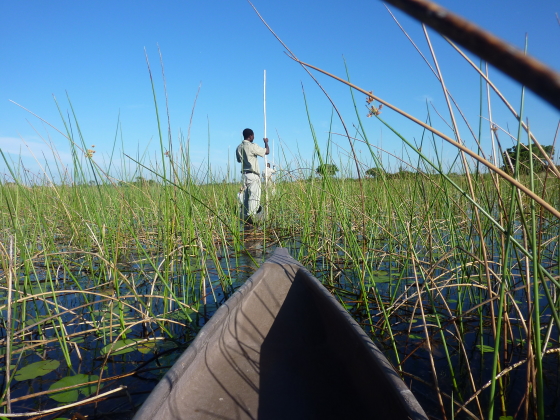 We tried the mokoro again the next day, and glad to say the hippo had gone, so we had a very pleasant journey 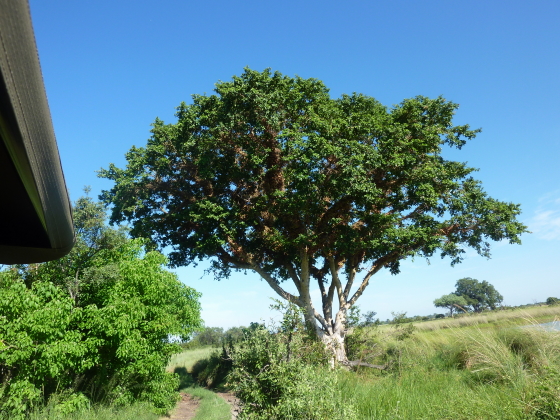 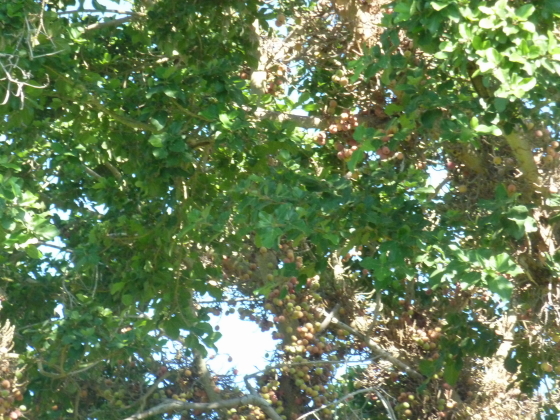 You can see here how it is covered with figs – and they unusually grow off the main branches.