My final destination was the Nxabega Under Canvas Camp. Also in the Okavango Delta. 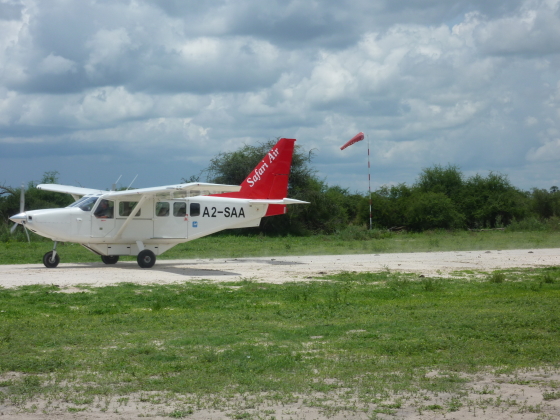 The Safari Air plane. Half the pilots are kiwis, and the other half South African. They are really good at flying low, so you get magnificent views as you fly. 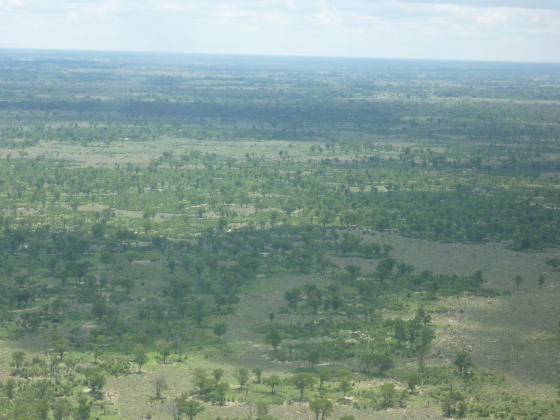 Shot from the plane. 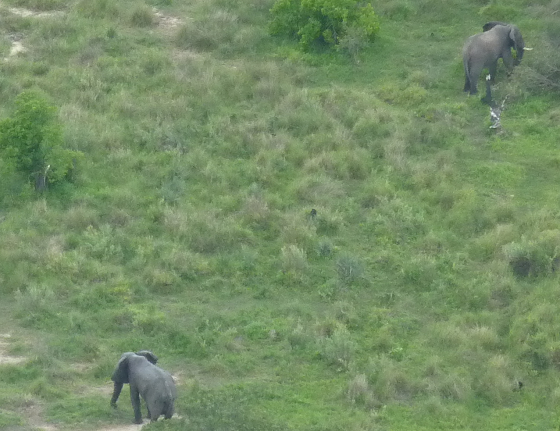 A view of two elephants from above. 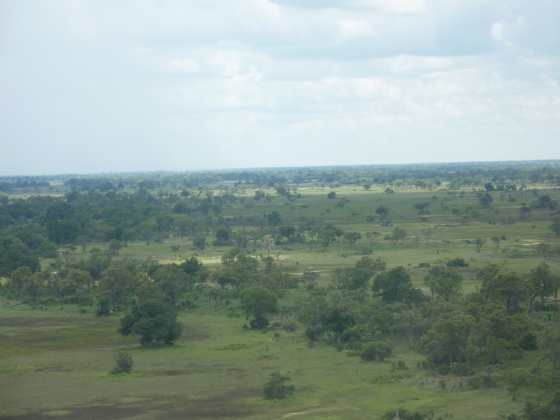 And a final aerial shot. 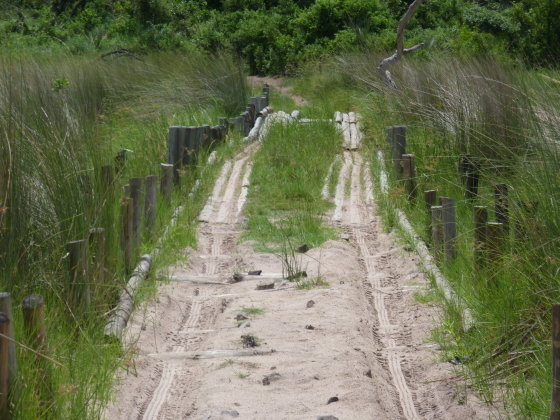 Due to flooding they have had to construct some bridges. But these are not bridges as we know them – more some poles secured together that you drive over – very slowly. 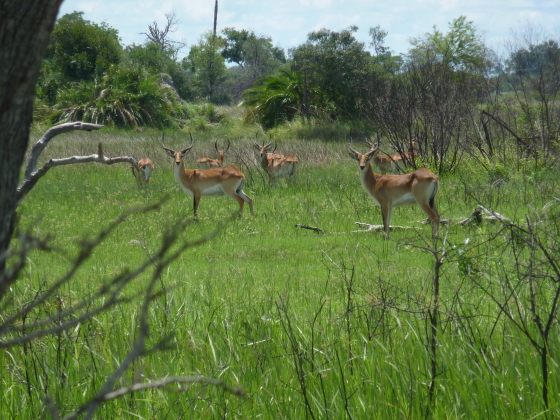 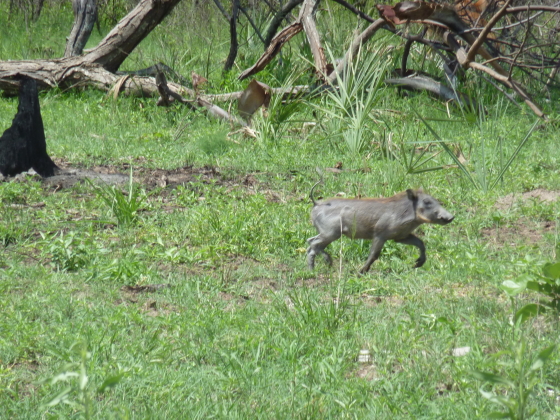 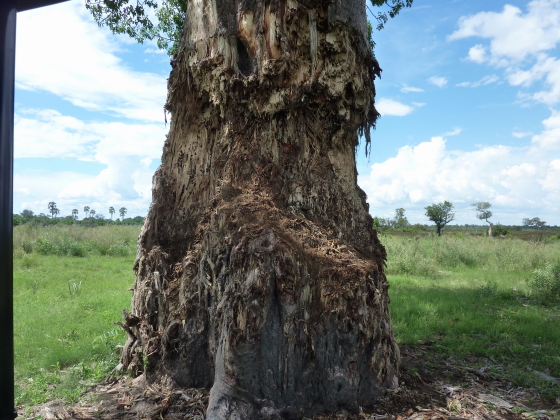 This was amazing. All this damage has been done from elephants rubbing their tusks against the tree. They have chopped away more than half the mass, and I reckon at some stage in the next few years some elephant will actually bring the tree down on them. 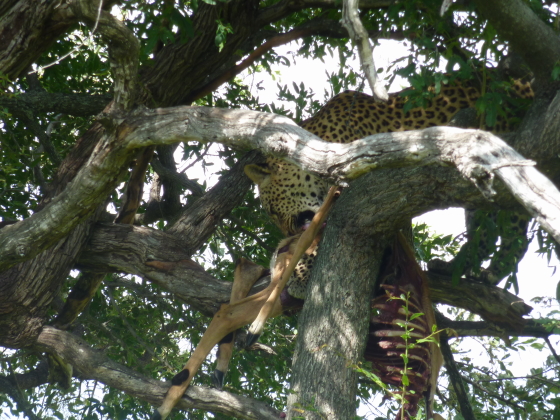 A great sighting as we drove in from the airport. A leopard up a tree, eating an impala it had killed. 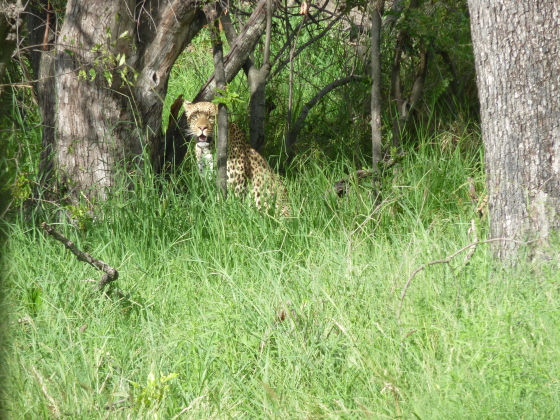 The same leopard later that day out looking for more food. The cats have to kill regularly or they starve. 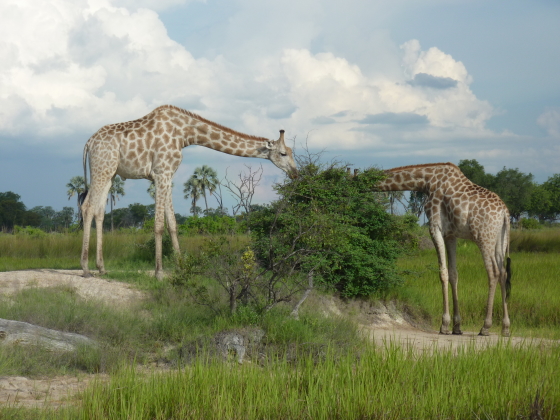 Nxabega stands for Land of the Giraffes, and there are plenty about. 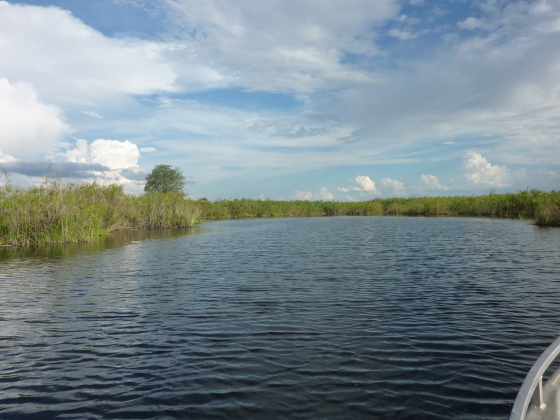 We went out on an eight seater for a cruise up the delta. Saw one hippo which we avoided. The boat is not that large that it would come out best. 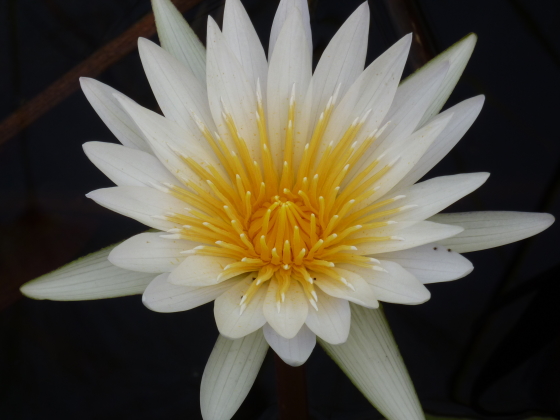 Close up of a water lily. 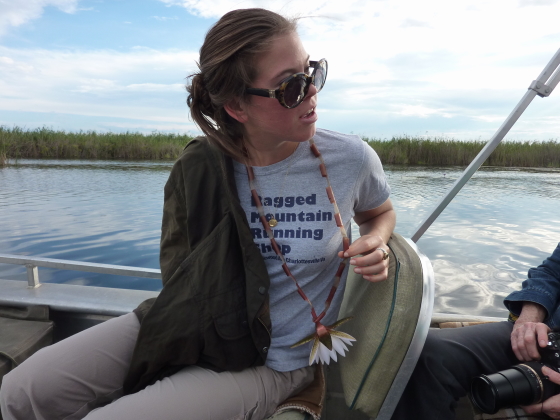 The guides showed us how to make a necklace from a water lily, by breaking the stem every couple of cm. 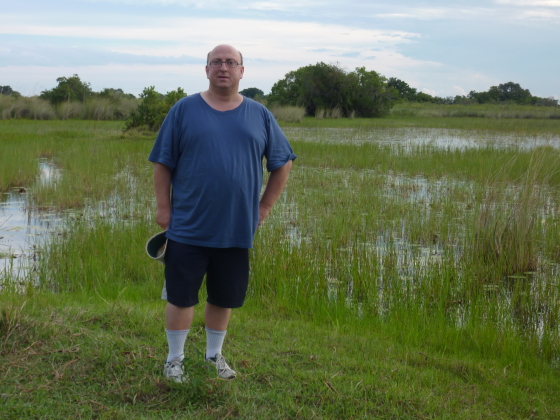 They told us we would have a coffee break on an island – but didn’t tell us it was about 5 square metres in size, sitting in the middle of nowhere. I asked if the island had a name, and when they said no, declared it to now be called Kiwi Island, which it now is. 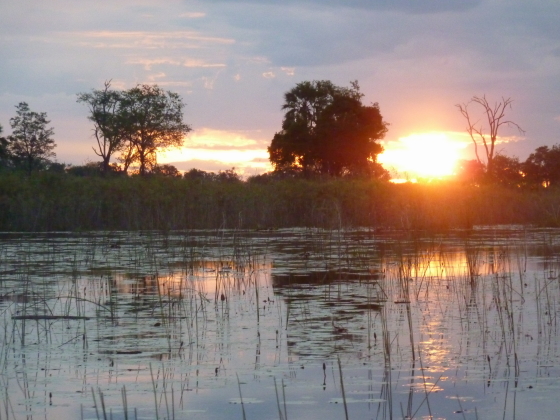 The early sunset over the delta. 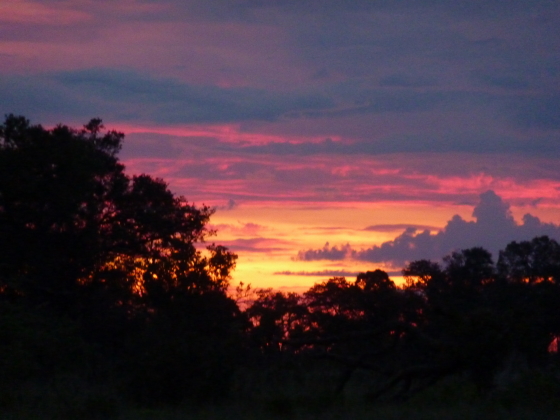 And the later sunset. Sigh. 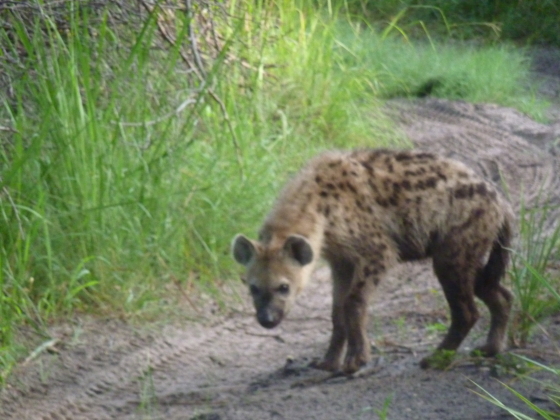 The next morning we saw six hyenas. 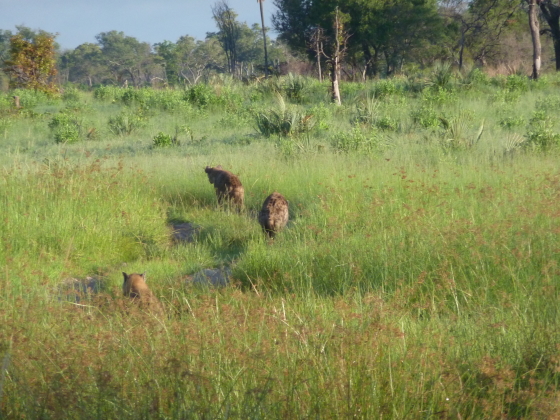 They were tracking a leopard hoping to find its kill. 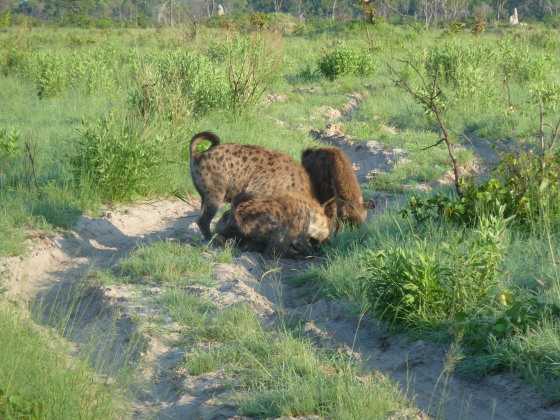 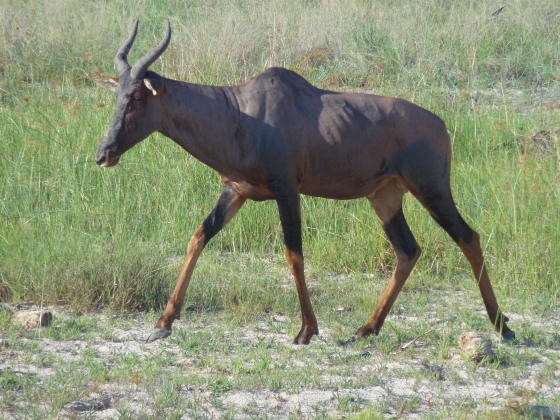 Another type of antelope. 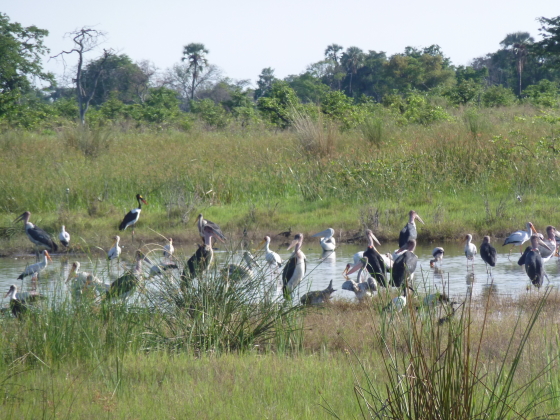 This little pool had over 100 birds in it – it must have been packed full of fish, so it was sort of like McDonalds for birds. 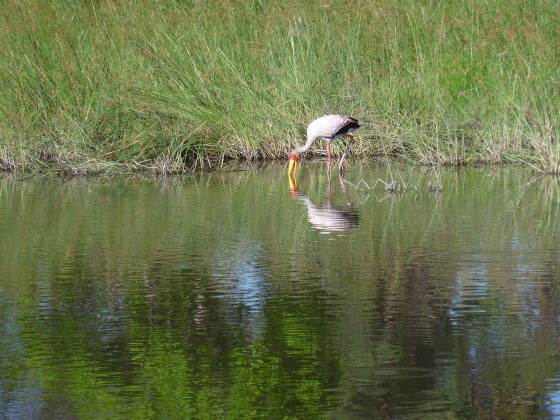 I liked the reflection in the water of this bird. 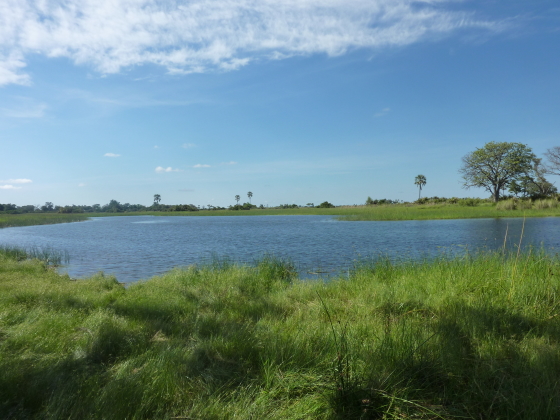 We had drinks here. Nice. 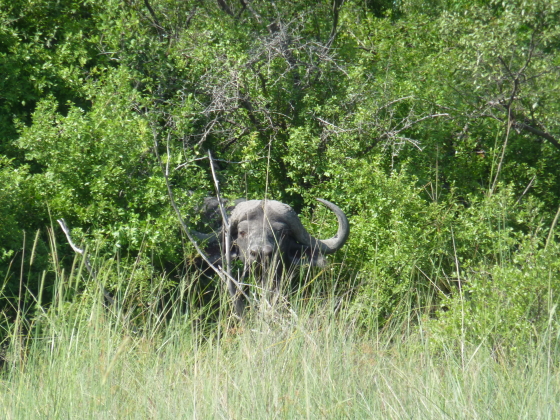 The buffalo is well hidden here. It could be fatal not to notice one, if you were on foot. 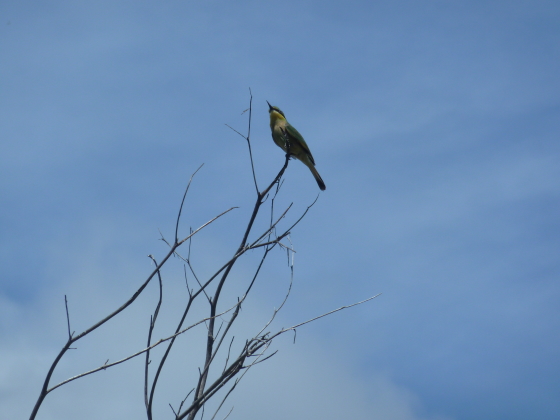 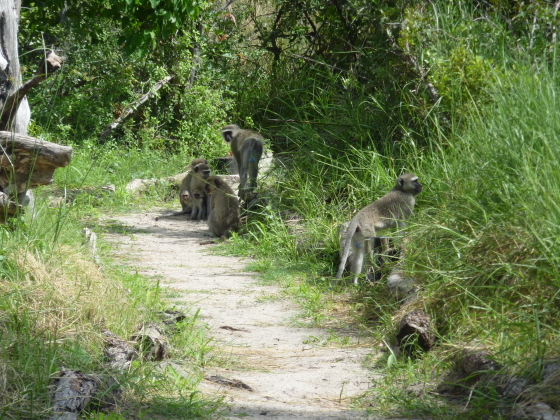 Lots of monkeys at Nxabega – in the trees, on the paths and specifically in the tree next to my tent, which means they often jump up and down on the roof of my tent!