The Fairfax ones were out of five, so I have doubled them for comparison purposes. 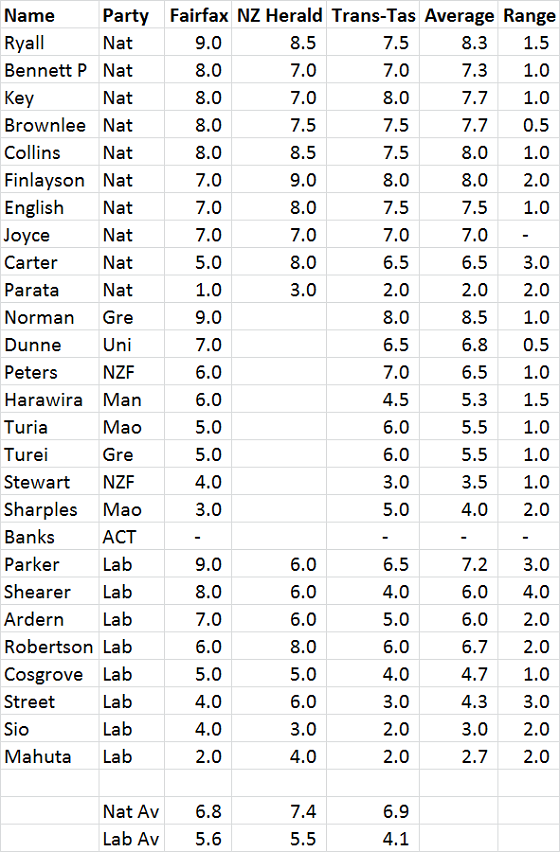 The National Minister with the greatest variation is David Carter. Fairfax had him as a 5/10 while Herald had 8/10.

Steven Joyce was only Minister to get the same score from all three publications – 7/10.

The overall highest ranked Minister was Tony Ryall on 8.3, followed by Finlayson and Collins on 8.0 each.

Parker’s overall average was highest for Labour at 7.2, followed by Robertson at 6.7.

All three publications had the National frontbench ranked higher than Labour, but still significant variation. For National the average was 6.9 TT, 6.8 Fairfax and Herald a bit higher at 7.4.