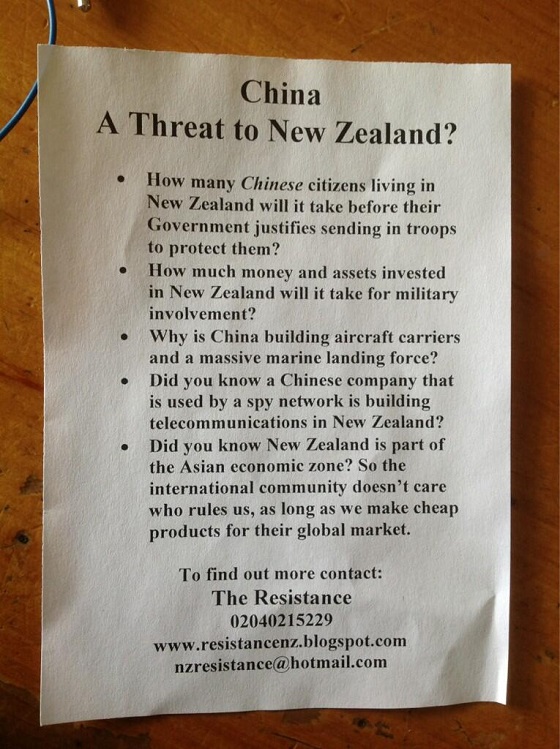 This was pushed into various letterboxes in Auckland this weekend.

The resistance are part of the small fringe neo-nazi movement that Kyle Chapman and others are involved in.

But they do not exist in a vacuum. When politicians rail against Chinese immigration, rather than all immigration, they add fuel to the fire.

When politicians condemn a Chinese company buying a NZ farm, but remain silent over companies from other countries doing the same, they give solace to these people.

No one with an IQ over 50 really thinks there will be a Chinese armed invasion of New Zealand. But it must be sad and somewhat distressing for Chinese New Zealanders to have to put up with this crap.