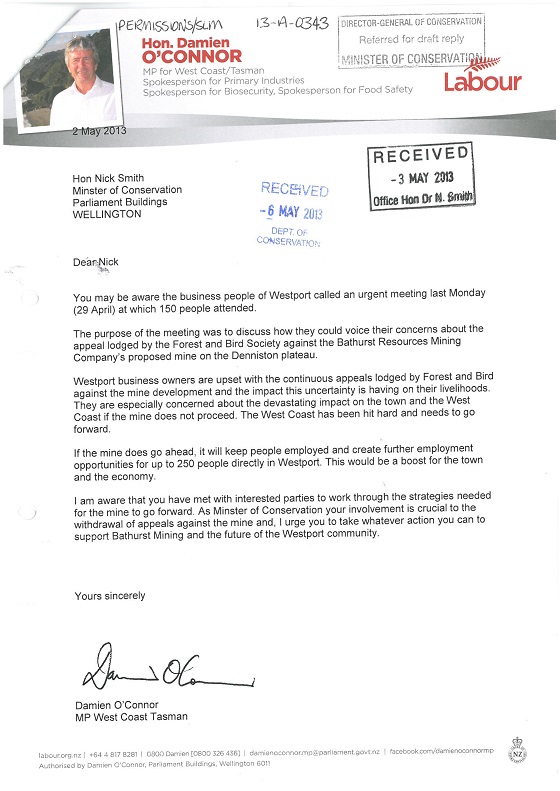 How curious. Labour MP Damien O’Connor is writing to the Minister urging him to do whatever he can to get the mine approved, and to battle against Forest & Bird.

Yet Labour MP and environment spokesperson Maryan Street has said the coal should be left in the hole.

Typical Labour trying to be all things, for all people.

Can anyone from Labour answer the question. What is the official policy of the Labour Party of whether or not the Denniston mine should be approved?