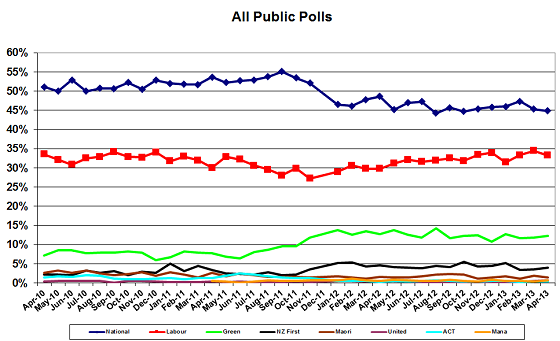 The average of the public polls has National 12% ahead of Labour – 1% more than in March. The seat projection is centre-right 59 seats, centre-left 59.

Australia has Labor 10% behind the Coalition with four months to go until the election.

In the UK the UK Independence Party is now polling well ahead of the Liberal Democrats.

In Canada the Liberals have shot to the lead for the first time in many years, under the new leadership of Justin Trudeau.

The normal two tables are provided comparing the country direction sentiment and head of government approval sentiment for the five countries. New Zealand continues to top both by considerable margins.