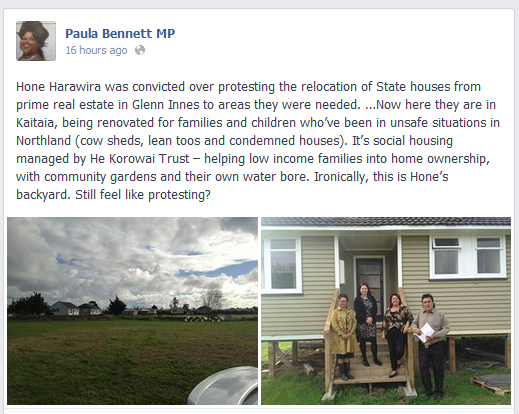 This is what Hone broke the law to fight against. That terrible Government providing houses to low income families in Northland.