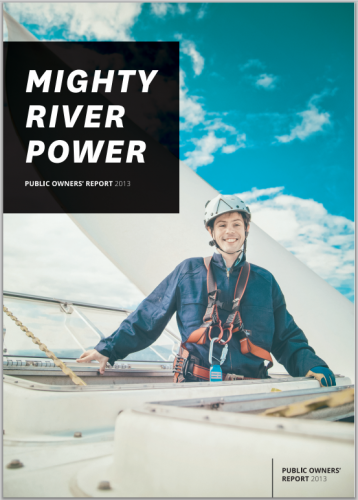 The Greens released a “public owners report” into Mighty River Power with a photo of Gareth Hughes in front of what one would assume is an MRP wind turbine.

There’s only one small problem.

Now if an energy company that didn’t actually have any wind turbines, used a photo of one on their annual report cover, I’m pretty sure the Greens would condemn them for green-washing and false advertising. So will the Greens condemn their own annual report?