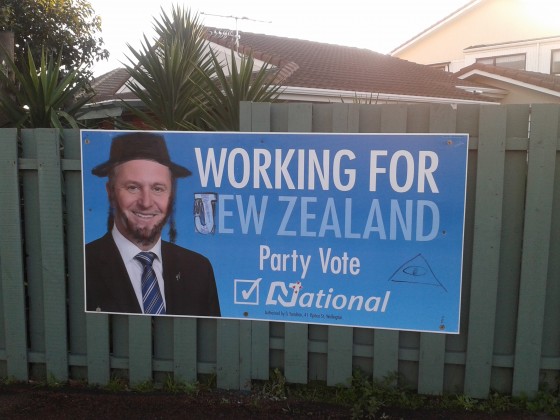 This one is from new Lynn. That is three different anti-semitic vandalism in three different electorates. I can’t imagine this is happening without co-ordination. In 2008 and 2011, I can’t recall any vandalism of this nature.

What is so offensive isn’t that they are targeting the PM, but the message being sent out to the many Jewish New Zealanders, that their race and religion is not acceptable. We’re one of the most tolerant societies on Earth, but there’s a few nasty creatures lurking around. I suspect it is the National Front, or their associates.

Race based hatred is vile.

UPDATE: And this just in from the West Coast: 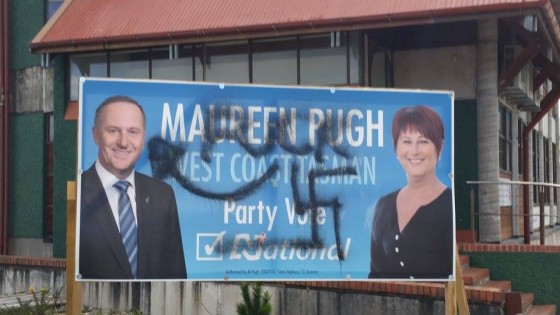 I’m not sure if this one is anti-Semitic, or just Godwin’s Law. But either way, rather offensive – especially to those who lived through WWII.