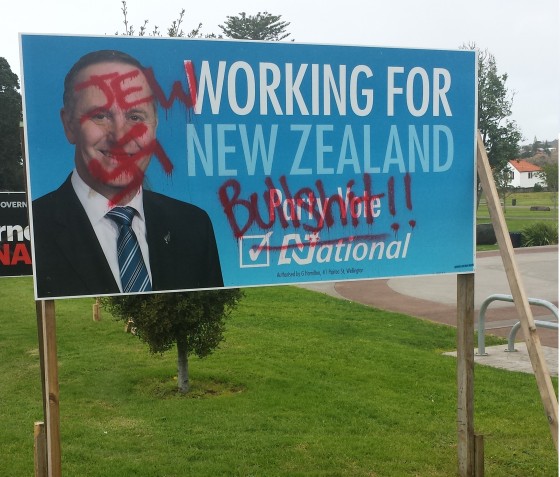 I find this very disturbing. Now that people deface John Key’s billboards. But this is the second one that has painted anti Jewish signs on one of his billboards, and in this case a swastika.

Hatred based on someone’s race is very very ugly.

Key is not Jewish, in the religious sense. Yes he has Jewish bloodline through his mother, but he is not religious.

It is disturbing that we have people in our community who hate Jews so much, they feel the need to do vandalism like this.

I hope those responsible get caught the next time they do. 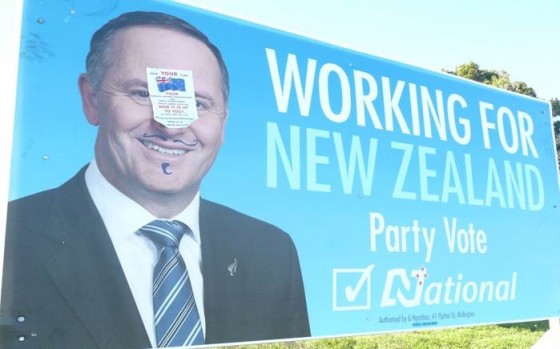 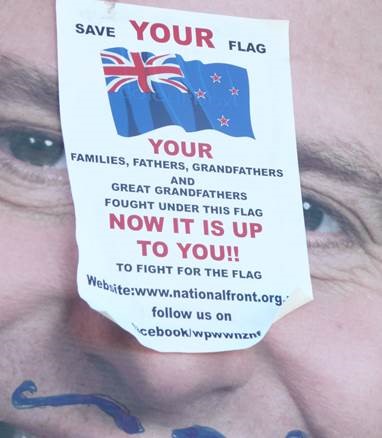 A reader sent the above in. The National Front could well be behind the other graffiti. I can’t imagine too many people think swastikas are cool.