I think it was the wrong call to restrict MPs salary increase to the overall public sector, rather than to similar positions. The salary of the Prime Minister should not be determined based on what the going rate for policy analysts is.

I headed down to the National Library to dig out determinations from 1985 onwards, and the data is below. 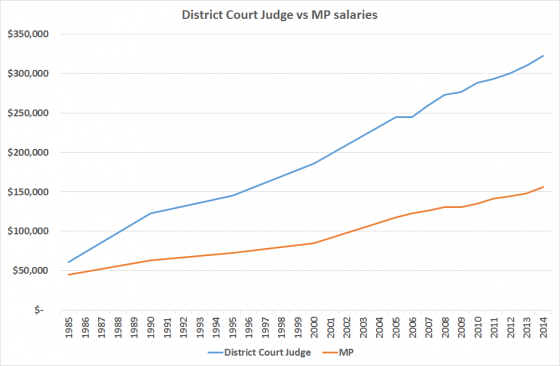 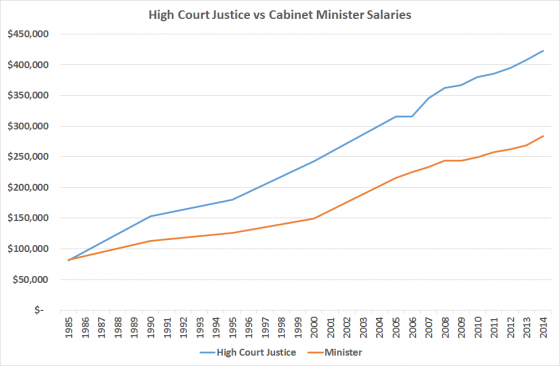 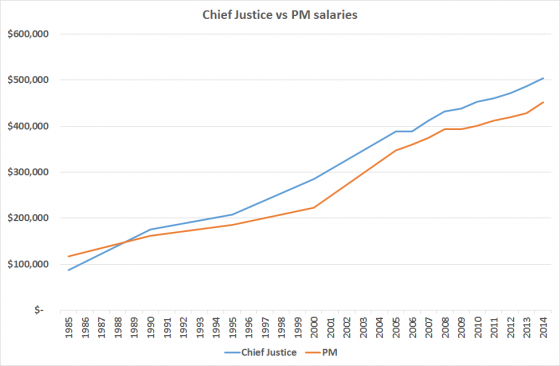 So as unpopular as it is with many, MPs salaries have actually fallen away compared to similar positions in the past.