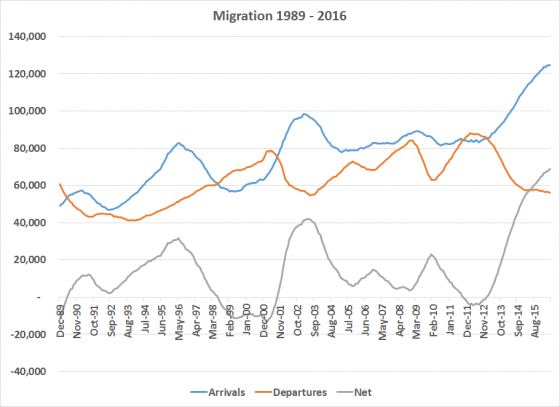 Most people think it would be good to reduce this while infrastructure catches up, but the nature of net migration makes this challenging.

So around 46,000 of the increase in net migration is beyond government control and is a good thing – more Kiwis wanting to live in NZ, and Aussies moving here.

The increase in “foreign” arrivals is not in residency visas but almost equally (14,000 each) in student visas and work visas.

International students studying in NZ increase GDP by billions of dollars. Studying here does not grant residency. They do increase the strain on infrastructure, but if you turn down qualified applicants, you’ll impact economic growth. Most students visas are to students from India, China and the Phillipines.