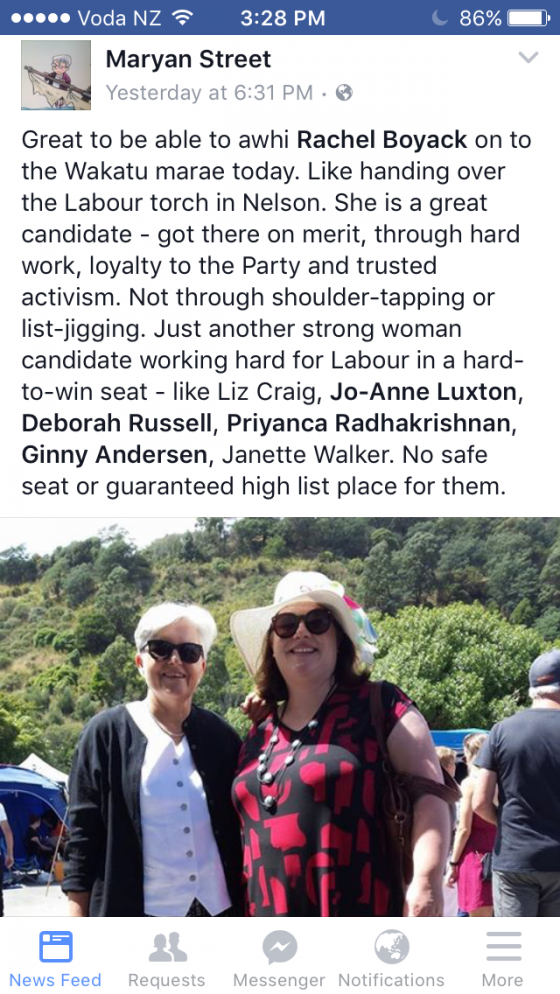 This is a not very subtle sledge of Andrew Little and his shoulder tapping of WIllie Jackson. In one post Street make the point that:

Trust me Labour is a very unhappy place right now.