Hekia Parata released final NCEA achievement data and the results speak for themselves. I have done a summary below: 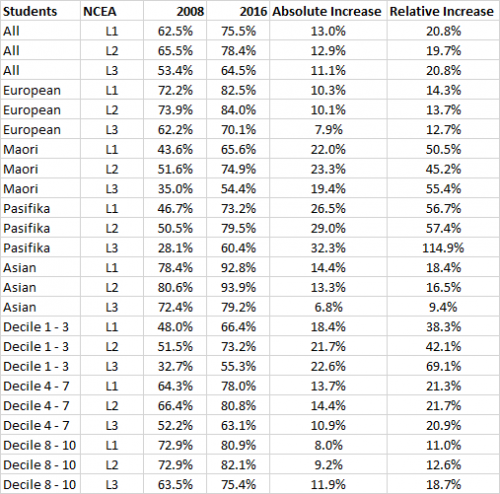 The increase in Pasifika achievement has been massive, as has the lift for Maori achievement. And if you look at it by deciles, those studying in the lowest decile schools have had the biggest increase in achievement rates.

Having more kids leave schools with some educational achievement is a very good thing. It gives them greater opportunities going forward, and can make a huge difference long-term to society.