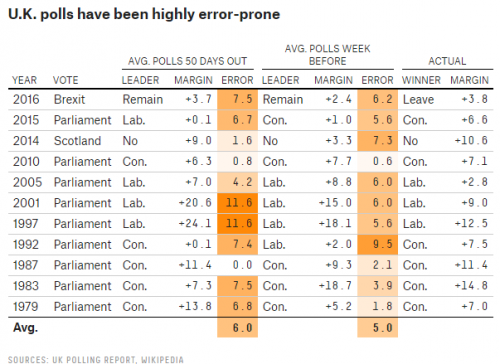 The overall point is that US polls have been out by an average 5% to 6%, around double the average 2% margin in the US.

But what I find more interesting is that the errors almost all favour the Conservative Party or the conservative side of a referendum. Since 1992 the error has been against the Conservatives everytime except 2010 (which was close to spot on).

So yes the polls may be an inaccurate forecast of what will happen in June. But if they are, history is the Conservatives will do even better than the polls show!