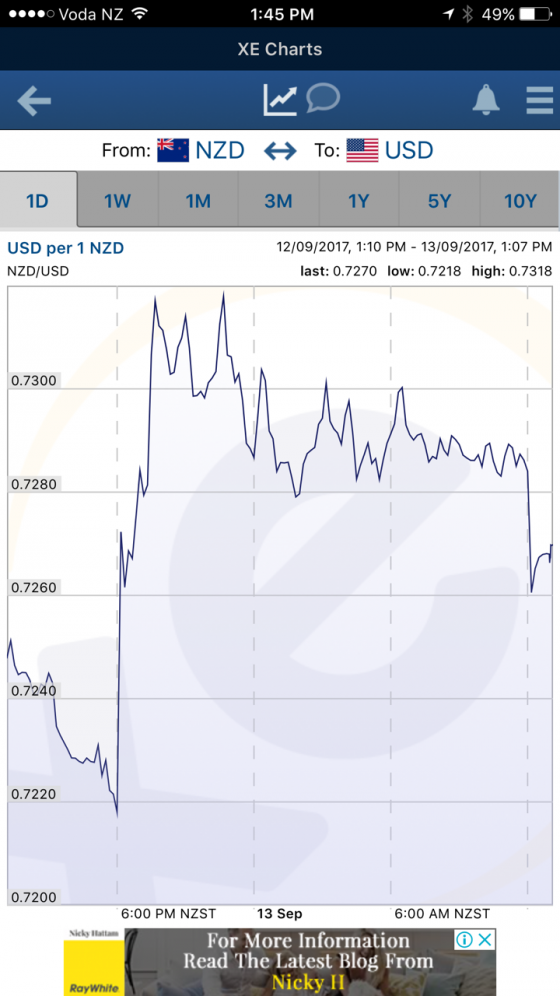 This shows what happened to the NZ dollar after the Reid Research poll came out on Tuesday night.