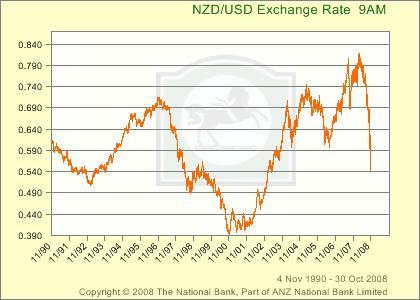 It has recovered to 59c today, due to action in the US but that has to be the largest and steepest drop since the dollar floated.