On Tuesday flew into Cairo and then did a domestic transfer to Luxor. Landing at Cairo was spectacular as you can see the desert and pyramids all around Cairo as the plane goes low.

The taxi drivers in Luxor were marginally less dishonest than those in Istanbul. In Istanbul I had one driver try to charge me 90 Turkish Lira (around NZ$80) for a 10 km trip which had cost me only 20 TL in reverse. I simply refused to pay and told him I wanted the Police as he was trying to rip me off. I finally gave him 40 TL. The next day I made a point of watching the meter every few minutes. But then another driver added 50 Lira on at the end of the trip. Again I refused and said I saw it at 30 Lira just two minutes ago so am not paying 80. The thieving bastard then said I had given him a 50 Lira note when I gave him 100.

Don’t get me wrong – loved Istanbul, but the taxi drivers are criminals.

Luxor was marginally better. The airport has a sign up telling you the cost into Luxor – around 30 Egyptian Pounds or NZ$7. The driver tried to tell me the sign meant US$30. Again I refused and we settled on US$15.

Later when heading into Luxor Temple from the hotel, I negotiated the fare in advance. He started at 50 EP and I started at 10 EP and we settled for 35 EP which was reasonable. I don’t mind a robust negotiation in advance- but I do detest meter fiddling.

Anyway staying at the Nile Palace Luxor. It is a very nice hotel, and one I would recommend. 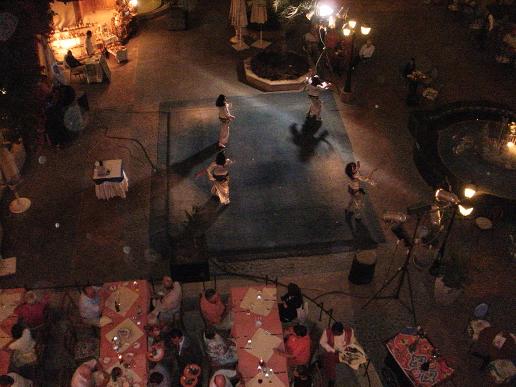 There is a large courtyard in the middle of the hotel where you can dien and drink, and every night they have entertainment. This is a photo of the dancing girls from my balcony. 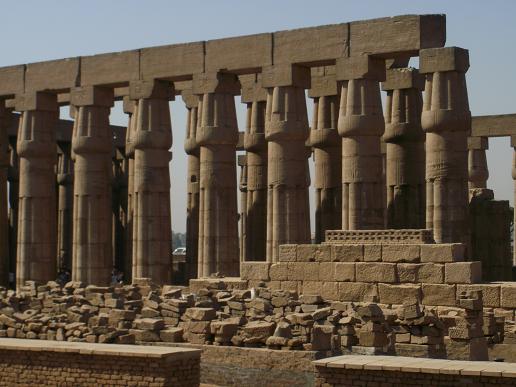 Some remains from the Temple of Luxor, which is in the main town. It was built over 3,000 years ago. 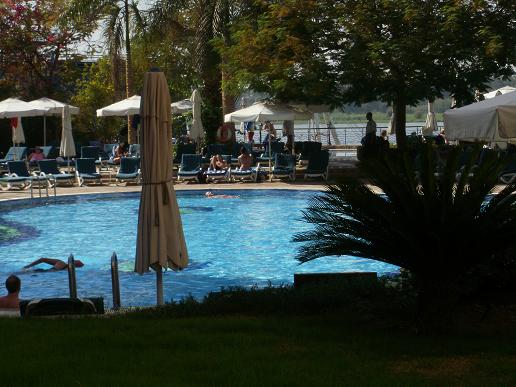 The hotel swimming pool, and that is the Nile behind it. It was 30 degrees today so the water was just lovely. My only problem has been I have already read all the books I brought with me, so had to buy some more books to read while sun bathing. 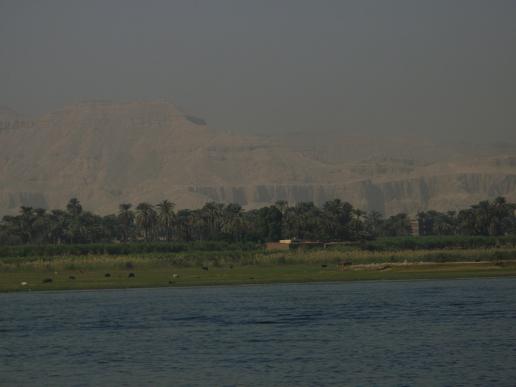 The Nile. The river is the longest in the world, going from Southern Rwanda to Egypt stretching just over 6,500 kms. 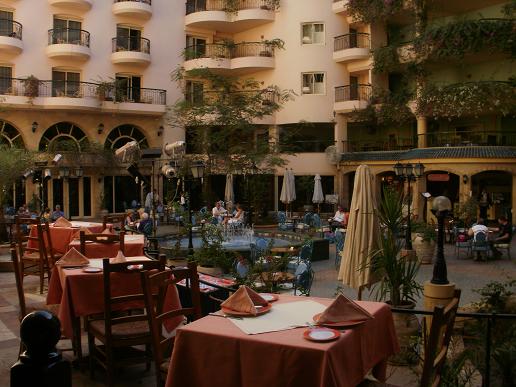 The central courtyard area during the day. 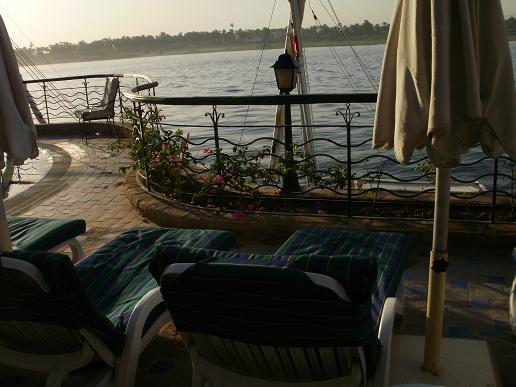 The sun chairs at the edge of the Nile. Very relaxing to see the many boats go past.